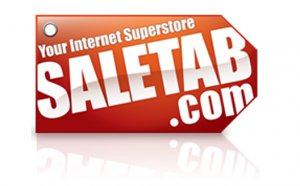 Saudi entrepreneur Abdulaziz Aljouf admits that he took the long path to success when building his e-commerce startup Saletab.com.

The idea for an e-commerce platform that would ship products from the U.S. to the Arab World began simply enough, as part of his university research; Aljouf then built the shipping infrastructure first, establishing trading business Aracco, in 2008, with $70,000 of seed investment from friends and family.

For three years, until 2011, Aljouf, who is now 32 years old, developed his database, catalog, team, and list of suppliers at Aracco, working towards the eventual launch of the e-commerce website that would become Saletab.com. When he finally launched the site in November 2011, he met with more demand than expected, hitting 2,000 orders in the first 45 days.

Today, Saletab.com has shipped a total of 4500 orders shipped to more than 58 countries around the globe, without spending a dime on advertisement. "Customers got the word out for us, through Facebook, Twitter, and word of mouth, thanks to our policy of giving a $25 discount for bringing a friend to the website,” Aljouf explains.

The site sells a variety of consumer goods, including electronics (phones, tablets, and cameras), cosmetics, and accessories, including perfumes, bags, and watches, primarily targeting the Gulf market and focusing on well-known brands like Apple, Samsung, Sony, Christian Dior, Miu Miu. While Saletab.com started with only a few brands, the site continues to add product lines weekly.

One particular draw is Apple products, a market that Saudi e-commerce site iPhady is also tapping into, taking advantage of the lack of brick-and-mortar resellers, and their ability to offer lower prices by selling online. Saletab.com leverages the same advantages, but extends beyond Saudi Arabia to reach a global market.

The site was the first vendor to sell the iPhone 4S in Saudi Arabia and the Gulf, says Aljouf, and meets demand in the UAE by selling the iPad for less than local Apple stores. As Apple reports the largest revenues it’s seen yet from iPhone and iPad sales, it’s not surprising that sites like Saletab are benefitting from global demand. Saletab also sells a significant number of Apple products in the Philippines, where there are no offline Apple stores and his prices beat other e-commerce sites.

Yet he’s clear that Apple is not a singular focus. "Like Amazon, we want to make sure every item exists all year round at the same price and sometimes for less,” says Aljouf.

In general, the demand for online shopping in the Middle East and North Africa has surprised Aljouf. It wasn’t difficult to find customers craving the convenience of shopping online; rather the issue, as many have said, was getting them to trust the payment gateway. While the site offers PayPal and Mastercard payment gateways globally, Aljouf created a tailored solution in Saudi Arabia, establishing agreements with seven banks so that customers could transfer payments online directly from their bank accounts to accounts on Saletab.com. After seeing that this was a hit in Saudi, he has decided to expand the model to Bahrain, Kuwait, Qatar and Lebanon.

Another primary challenge Aljouf faced after launching wasn’t hiring, selling, or setting up his pipeline, but logistics. Saletab.com entices customers by offering free delivery throughout the Gulf, yet week-long delivery times that Aramex provided in the MENA region frustrated Aljouf. The company is now switching to Fedex to try to speed up the timeframe.

As Saletab.com has surmounted these challenges, the company has had to grow quickly to meet demand. Today, the team, which started with 20 members in November, and has increased to 35 this month. Aljouf has purposely made his employees shareholders in the company, to enhance their sense of ownership.

He’s also built a globally distributed infrastructure for the company that involves development teams in India and the Philippines and logistics teams in Bahrain, China, Hong Kong and the U.S., where he also keeps the product warehouses.

Aljouf hopes it will continue to get easier to build companies in the e-commerce sector in the Middle East, yet he is confident that taking a long-term view will enable Saletab.com to continue to meet its challenges. "We are not chasing money, we are chasing success,” he says. “With success, money will come."