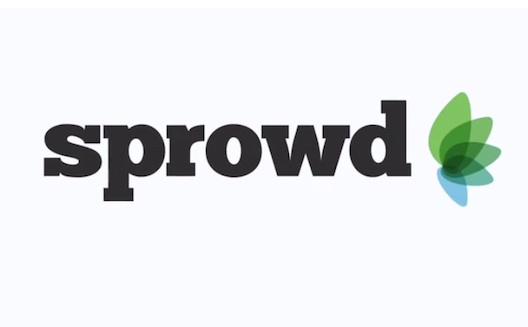 The idea is simple: if you have a great idea for a business, why should you wait for a VC to take a leap of faith to invest in you? Why not go straight to potential customers, friends and family and see if they want to help realize, and profit from, your idea?

“This world hasn’t really seen yet that an idea is REALLY carried by the masses, but I predict that this will be an enormous kickstart for a company,” says Thijs Geerdink, founder and CEO of Sprowd, a new company that intends to “revolutionize the global investment market for start-ups.”

“Crowdfunding is nothing new. What most people don’t know is that the Statue of Liberty was crowdfunded. What’s different now is that you have access to so many more people than you otherwise would,” according to Erica Labovitz, a founder of rival funding platform IndieGoGo.

Key to that transformation was the internet. In 1997, fans of the British rock band Marillion underwrote a $60,000 tour via the internet. Since then a range of platforms have sprung up to facilitate the bankrolling of ideas, such as Kickstarter and IndieGogo.  These have supported initiatives ranging from films and music to business and journalism, though not always with an option to receive returns on their investment.

Critically, Kickstarter and Indiegogo are also more limiting when it comes to funding projects globally. Kickstarter requires a U.S. bank account, while Indiegogo only requires a bank account yet restricts access from some countries. Sprowd is the first major crowdfunding platform that thus far allows investments or pitches to come from any country in the world.

Sharing in the turnover

Sprowd intends to change that; rather than receiving ‘incentives’ to support start-ups, believers get paid a percentage of the turnover of the company they believe in. “You take a financial risk as a believer to help a pitcher towards his goal, so you should at least be able to profit financially if the idea turns out to be a success,” says Geerdink. Sprowd is unique in determining a return of investment in terms of turnover, rather than profit. “Profit can be used flexibly by pitchers; you can keep profit artificially low, but that isn’t fair for believers. Turnover is solid; the accountants of BDO can verify it annually.”

The accountants are part of the package of pitching with Sprowd; although anybody can pitch they are obliged to use Sprowd’s eco-system services, in order to ensure believer security. These services include a check by accountants and intellectual property lawyers, as well as seeing if the pitcher is on the black list of one of the dependences of ABN AMRO bank, all of which are Sprowd partners. The pitcher does not pay for these services, but is obliged to work with BDO and ABN AMRO if their initiative gets funded. In a sense, these companies are believers in Sprowd by offering their services for free in return for potential customers.

Also, rather than on alternative websites, where funds are just pledged, Sprowd immediately transfers the believer’s money into a trust. If the funding is completed, the money is transferred to the pitcher’s account; if the initiative fails to reach its funding goal within a year, believers receive their money back. “On Kickstarter, funds are only deducted from believers’ accounts when the goal is reached; as a pitcher you then have to see how much of that money really comes in,” says Geerdink. Sprowd aims to make the funding more dependable upfront.

Breaking down the status quo

The company was inspired by idealism, from a vision of to overcoming the current structure in which a relatively small group of people, funds and banks decide which ideas get green light, and which remain dreams. “The small group of people who decides who has access to the market are not, generally speaking, the people with the most idealistic goals. Sprowd has been started to break down this status quo,” says Geerdink. He feels the impact could be especially big in developing countries.

In a region where many entrepreneurs feel there is not enough Venture Capital (VC) to go around, where the crowd at ArabNet can unanimously admit that they don’t think the regional VC industry is doing its job properly, Sprowd might be onto something.

Geerdink has several reasons for circumventing VCs, and has capped the maximum investment at 40,000 euros to avoid a company being hijacked by a VC through his platform.  The most effective measure Sprowd has taken is to limit the influence a VC requires, for example, preventing the possibility of one insisting on a board seat, especially since, as he say, initial funding can be insufficient to pre-empt a second round of funding.

“That means that, from the outset, you have already almost lost your company. This shouldn’t be allowed to happen,” says Geerdink. “I really believe that you should give a pitcher complete freedom of movement as soon as his or her seed capital has been raised. Then that person is much freer to pursue risk and really chase after big dreams, which will never be possible with stakeholders who have short term goals.” Yet whether or not a lack of board control will select for those with long-term goals remains an open question.

Of course, those who pitch with Sprowd will be foregoing the know-how a VC investment brings to the table. Furthermore, believers are bound to be local, as they are more familiar with the market and friends of the initial proponents. A coffeehouse in Beirut, is far less likely to be bankrolled by a European than by Beirut residents who will benefit from having that coffeehouse in their neighbourhood.  Sprowd itself is in fact its own first test case, as its investor base proves this local ‘advantage’. Sprowd’s 67 believers are all from the founder’s native Holland. So far, 1% of their goal of 705,000 euros has been pledged.

Geerdink is undeterred however, feeling that his platform can offer a route for funding ideas ranging from more environmentally friendly cars to an underwater hotel completely made of glass. “Imagine that everybody, in principle, is able to start a company, and that, if enough people believe in them, these companies really come into existence. Then I believe the world will be a better place,” he says.