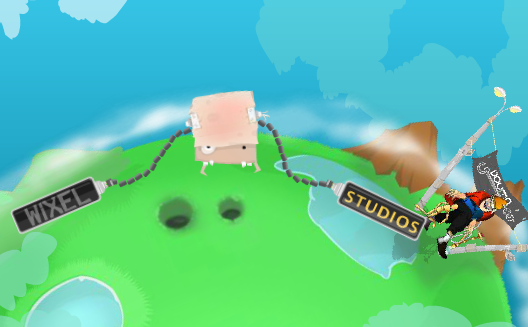 When Wixel Studios was started by  Ziad Fehali, Reine Abbas and Karim Abi Saleh in 2007, it was one of the first companies to appear on the Lebanese gaming scene. That gamble now looks likely to pay off, with the company announcing they have finalised a first round of investment with two Beirut-based venture capital (VC) funds coming on board as investors. A look inside their latest release, the cheekily named “My Balls,” reveals the ways in which Wixel continues to experiment in the market before returning to Arabic games.

The gaming company recently released My Balls, a matching game in which players have to tap on three or more balls of the same colour to remove them. The game includes 90 levels, with each level lasting 3 minutes. The goal is to complete a collection of baseball cards for Albert, a character with a Texan drawl who introduces the game but only plays a minor role by giving encouragement during play. Every 10 levels, a sports card can be won.

Although sports cards and ball games are usually a man’s prerogative, the game is a bigger hit with women than men, says Ziad Feghali, co-founder of Wixel Studios. “A male student told me he didn’t like it, but that his mom won’t stop playing it.” Feghali actually wanted to create a sports game which was accessible to women, he says. “The mechanics of typical ball games don’t usually draw women, however, women tend to love matching games. We have Euro 2012, and the Olympics, so I thought, let’s create a game that women will digest.”

As a woman, I must say I was slightly offended by this, and felt that matching games with more appealing titles and objects than balls could be found. Feghali admits that the name is a cheap marketing ploy, but adds that it is relevant: “It’s about balls,” he says.

Apart from providing a new way for women to enjoy ball games virtually, there are less altruistic motives. “The game’s main goal is to gain insight into player behavior; the average time spent on the game, how many levels are played,” admits Feghali, as research on game consumer behaviour in the Middle East is thin. The mechanics for the game already existed in Wixel’s previous game, Santa’s Rookie, which Wixel tried to release around Christmas but whose storyline, which involves Santa trying to take the toy industry back from China, was deemed offensive by the Apple Store. My Balls is a tweaked version, with substituted characters and objects.

The game is fun to play; I am not usually a mobile game fanatic, but found it mildly addictive.  However, Albert’s instructions are difficult to follow when trying to focus on the game, and a little distracting. There are additional options such as bombs, or freezing the penalties for your screen filling up with balls, which gives the player an easier time than in the mother of all matching games, Tetris.

The game is an intermezzo in Wixel’s development. “This game does not actually reflect our aim is for the future,” says Feghali. Rather than continue building what he calls “casual games,” Wixel is looking to return to what they do best, targeting the Arab world with content tailored to the local market and the diaspora. It is with games like Douma, which poked fun at Lebanese politicians or Masr 3ayza Meen?, inspired by the Egyptian elections, that Wixel scored best.

The studio is set to release three new games over the next few months, all of which will be in Arabic as well as English. “We will try to do something different in the Arab world in terms of story, game play and game mechanics; we want to experiment,” Feghali illustrates.

The central theme, however, will be the Arab world and the Arabic language. Their next game, set to be released during Ramadan, will be “about a doctor on a mission to find a cure to save the world,” he says. “It’s a tribute to the technological potential of the Arab world.”

VCs certainly think the ideas have potential, as the new investment shows. Wixel Studios intends to use the investment to expand their team to 10 soon; these coming months will show whether this next gamble will pay off too.

Game ads below; screenshots on their way. You can download the iOS game in the Apple Store: 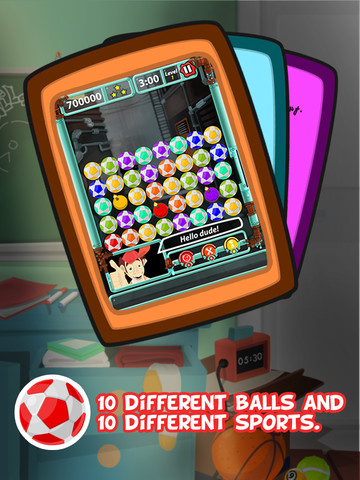 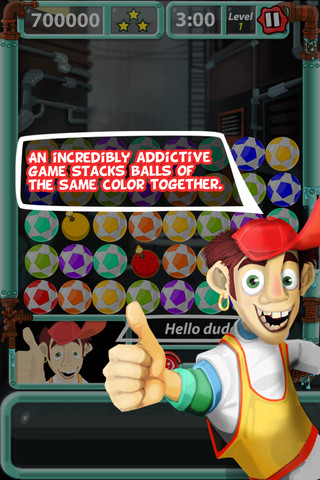