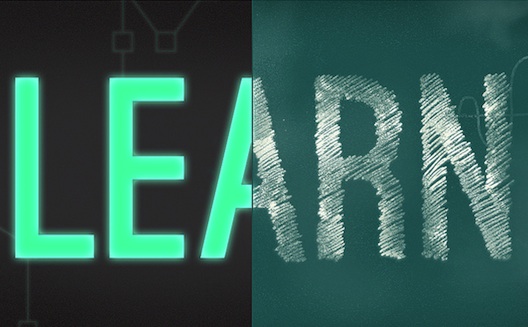 With one in four Middle Eastern youth out of a job, and American college student debt exceeding one trillion dollars, it is already clear that the system is broken. Something about the way we offer education has to change. In the words, of Sir Ken Robinson, who spoke at TED about the power of schools to kill creativity, we need an “education revolution.”

Every country and region has its own idiosyncrasies when it comes to education, of course. For example, the general lack of Arabic content online has led to the almost complete absence of Arabic mobile apps that teach Arab children their supposed mother tongue. This absence inspired the Egyptian female trio behind Ketaaby to hack three apps of their own that they can use for their own children.

While the public sector has failed to institute lasting change, who better to shake things up than people with very little regard for the status quo, who can be trusted to impose change from the outside? Ketaaby is just one example; over the past two months I’ve spoken to ten of the top education entrepreneurs across the region, to get an understanding of how they are taking back education with technology.

The culprits are working on different parts of the education value-chain. At the pre-kindergarten level, Ketaaby as well as the Middle East’s very own “Baby Einstein,” Little Thinking Minds, are creating content and apps to educate Arab children in Arabic (go figure!). At the  K-12 level, Sinan Taifour and Fouad Jeryes at online platform Codely are democratizing the way children learn computer code, while Paul Babu and the team behind Emuallim.com are creating tools to help online tutoring flourish in the region.

Online teaching efforts like those of Emuallim and Qayrwan also have the added value of creating more job opportunities almost instantly. The disruption extends far beyond traditional education. Jordan’s i3zif is working to provide online music lessons to both local and global audiences, while Teeks for Geeks is using virtual software labs and automated learning-support software to create the “YouTube of IT training.”

Finally, work in the sector includes an exciting dive into the realm of serious games. Jordan’s Rubicon is undoubtedly a leader in the field.  Their latest game “Math Mage” manages to teach mental math skills while not sacrificing an addictive gaming experience, appropriate for any global audience.  A proper game review is probably more fitting here, but suffice to say I would’ve paid more attention in 5th grade if this were my math homework.

These startups make education look fun, but the challenges are many: first they must educate investors about the field. One of the startups interviewed went as far as deciding to launch their platform in English instead of Arabic, in order to find investors.

Secondly, for online platforms, payment gateways- still nascent in the region- are a major challenge. Third, entrepreneurs noted that it takes time to bring together the right team of experts that can work on multifaceted education problems. The pressure in the education field is a touch higher than others; As Connie Yowell of the McArthur Foundation said, (as paraphrased by Audrey Waters) “there's value in risk-taking and failing fast and often, but not in ‘high stakes environments with other people's children’.”

Finally, businesses in education are uniquely challenged in that their end consumers (e.g., students) are often not the stakeholders with decisive authority over the consumption environment.  This was an issue for Mohammad Abu Musa of Qayrwan, who tried to offer online preparatory classes to high school seniors in Jordan, only to realize that parents steeped in traditional education styles were not ready give his technology a chance.

Anna Batchelder, co-founder and head of Bon Education, has had an easier time working with teachers across the Gulf region to teach them how to use social media and other technologies. While teachers have clearly benefited from Bon Education’s services, with some claiming that they’ve come to enjoy teaching all over again. Anna still sees evidence that “creative and highly motivated [educators]…seem to be stuck in a box due to the pressures of the test system.”

But that can’t stop entrepreneurs from pushing to change the status quo; it’s clear when looking at accelerator graduates and Startup Weekends in the region that ed-tech is on the rise. Of fourteen startups I spoke to at Oasis500 in March, I was delighted to discover that four were focused on education. At Startup Weekend Dubai in May, I was again surprised to realize that over 10% of pitches were focused around education, in addition to two or three pitches that attempted to tackle post-education recruitment and employment.

Education needs to be disrupted, and it’s clear, looking at these young entrepreneurs, that education entrepreneurship in the Middle East is slowly coming of age.