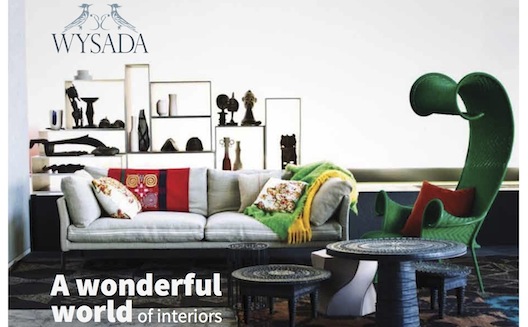 Set to go live in December, the site (whose name means “cushion” in Arabic) will offer designer home accessories and decorations to serve what they’re betting is a hungry market for home goods in the UAE, Saudi Arabia, and Jordan.

With $4 billion spent on furniture in Saudi Arabia and the UAE alone in 2011, and an estimated $715 million to be spent on residential interior outfitting in Saudi next year, Wysada’s founders are hoping to take the trend online, they revealed in a chat at their modern steel-and-glass office in Sweifieh, Amman’s outdoor shopping district.

“It’s a proven model in the U.S.,” says CEO Mohammed Musleh. That much has been clear ever since One Kings Lane lured 4 million users in 3 years, Fab snapped up 5 million users in a year and a half, and both grew to a combined yearly revenue of around $300 million, thanks to a great user interface, popular products, and strategic advertising.

But, unlike the entrepreneur in our ”pitchfail” article, Musleh and his 25-strong Wysada team aren’t naïve about the fact that they will work hard to localize the model in the Arab world.

To bring a similar Fab.com concept to the region, competitor Desado is banking on a “smart consignment” model, that will force vendors around the globe to ship their items to a local Dubai warehouse before product go live on the site. Wysada has a different take, planning on investing directly in inventory for one.

The team also plans to launch a large marketing campaign, and expand its Arabic content team; after all, designer e-commerce is all about content. While its headquarters in Amman was chock full of sales, IT, creative and administrative teams when I took a tour, another 10- mostly buyers and style directors- sit in London and a few more staff the Istanbul and Hong Kong offices. 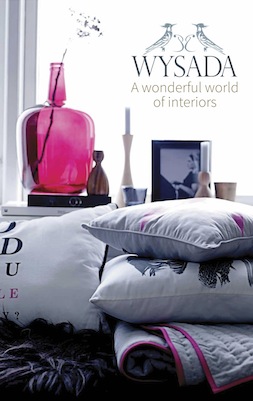 It’s anyone’s guess how the two similarly-named platforms will fare against each other- both are set to launch this month, and neither have strong evidence of market desire that they’re willing to share (although that’s hard to gather in a new sector, apart from online attitude polling).

Wysada, however, has an advantage in being Arabic from the start. Desado, whose name is similar to the Spanish word for “desired,” will surely make the leap to Arabic once it enters the Saudi market, but for now it seems to be marketing a slightly more imported image.

As it looks for investors, Wysada is hunkering down and preparing for launch. Musleh, who previously worked as the Financial Director at MarkaVIP, and, before that, as the CFO at a retail company with the distribution rights for THE One in Jordan, and BCBGMAXAZRIA across Jordan, Lebanon and Saudi Arabia, reiterates that brand relationships will be Wysada’s bread and butter.

And, while captivating content may be a golden ticket in the U.S. (as Alexis Maybank of Gilt Groupe has said), in the Middle East, a fast delivery time is really the only secret sauce.

“The utmost important factor is time,” says Musleh. “Our targeted lead time is 4 days; in the future it will be same day everywhere.” Let’s hope they can deliver- stay tuned for the launch.