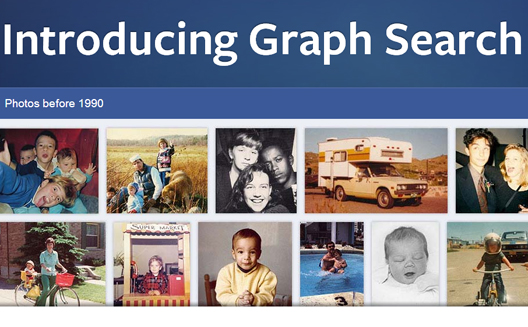 When quizzed about Facebook privacy issues in 2010 at D8, Mark Zuckerberg took a halting, nervous stab at convincing us to accept his sharing philosophies.

As moderator Kara Swisher pushed him on the topic of Instant Personalization, he finally, sweating profusely, violated his resolution to “never take off the hoodie” and unzipped to reveal the company’s mission printed on the inside: “Making the world more open and connected,” it read.

“Oh my god, it’s like a secret cult,” Swisher ribbed.

Two and a half years later, over one billion of us- just under half of the total internet users on the planet- are still buying into the secret cult. We’ve gotten used to playing leapfrog with Facebook’s privacy settings, mostly by following alarmist chainletter statuses that inform us know how to hide old posts on Timeline or disable new sharing functions.

This week, the privacy debate was reopened with the launch of Graph Search, a search engine that will allow users to search the content of their friends’ timelines and news feeds. Users can now search for “photos of my friends taken in Dubai” or “restaurants that my friends liked in Cairo” to see openly shared results in their network.

This move to index user content, which is inaccessible to external search engines, was planned from the beginning; Zuckerberg has called Graph Search the “third pillar of Facebook” in addition to Timeline and News Feed. And it couldn’t come at a more needed moment for Facebook. It’s one part bold move to rattle rival Google, one part desperate bid to resuscitate growth in the face of speculation that it has reached a saturation point in its major markets (its number of users in the U.K. dropped by 600,000 in December).

Investors so far are mildly skeptical- FB stock has slid from $31 after its announcement Monday to $29.85 at time of print, still lagging below its $38 IPO price. U.S. news outlets have also been quick to highlight the privacy implications, mostly citing Graph Search’s ability to enhance online stalking or increase accidental reveals of archived photos.

Graph Search in the Middle East

In the Middle East, privacy discussions take a different tone; the visibility of political content, rather than party photos, is users’ biggest concern. During the Arab uprisings, the number of users on Facebook in the Middle East and North Africa doubled between June 2011 and June 2012. Some came online to help join and organize protests, but most came online to bear witness to grisly scenes and understand developments on the ground.

Graph Search will make this witnessing easier, as a search for “photos taken in Aleppo” will make tracking the ongoing strife simpler than panning through your News Feed or depending on specific friends to offer a digest.

In the wrong hands, however, this information could be used against users, or simply misinterpreted to unexpected ends.

Just ask Abdallah Absi, the energetic founder of eClub, a student entrepreneurship organization. This past fall, the Global Entrepreneurship Summer School caused uproar in Lebanon’s startup community by deciding to exclude him for a video depicting a flag burning that he posted on his Facebook wall two years ago.

“I wasn’t in the video, the video wasn’t mine, and I never made a video. I just happened to observe something that happened in my country,” he said at the time. Yet the nervous, apolitical organization erred on the side of extreme caution.

It wasn’t a malicious move. “We don’t want to be associated with political discussions," board member Bernhard Katzy emphasized. Yet, the enhanced visibility of political content under Graph Search could cause more international complications for unsuspecting users.

Those circumstances are not necessarily linked to government surveillance; sorry to say, but most governments now have more advanced techniques for accessing Facebook pages or tracking down persons of interest than Graph Search. And again, the search function itself only reveals information that has been already shared with a user.

For users, the launch of Graph Search should serve as a simple reminder to be aware of their privacy settings. It’s not in the Facebook mandate to protect users from themselves; “Making the world more secure” will never be written on a Facebook company hoodie. It’s up to users to vote with their mouse before allowing openness to be a default.

What it Means for Startups

For startups and small businesses, Graph Search is not a concern but an opportunity. Especially in the Middle East, going online for the first time as a business means setting up a Facebook page. In fact, of the total population in the Middle East and North Africa, 32% is online, and 11% are on Facebook. So for one third of all internet users, being online is being on Facebook. In Lebanon, it’s not uncommon to see a company advertise its Facebook page alone on a billboard.

For startups with a Facebook page, Graph Search will make status updates and content posts that much more visible to potential customers. Some analysts say that Graph Search won’t immediately threaten Google’s core business by poaching searches where users intend to visit a business or buy an item. But in emerging markets where businesses are more often on Facebook than on the open web, Facebook stands to own search in this segment.

Startups looking to optimize on Graph Search may want to refocus on their Likes, as searches for what friends “Like” are a major component of the function. After Facebook tightened its Edgerank algorithm this past fall, making it more difficult for companies to make content visible on user News Feeds, companies balked; your startup may have noticed the dwindling Likes. Graph Search will undoubtedly hand companies back some visibility, while encouraging us all to keep chasing Likes, whether we like it or not.

Enhanced search will also force some startups to rethink their broader strategies. Those that offer users network analysis, like Identified, a LinkedIn-style job network for Facebook, will have to innovate as some of their functions become redundant with Graph Search’s own results. For others, who offer integrated, organic ads on Facebook like SocialWire, Graph Search may amplify their reach.

Either way, Graph Search incentivizes new companies to join Facebook’s ranks. As the social network becomes increasingly dependent upon emerging markets for new users, it would be wise to launch the function in Arabic as well.