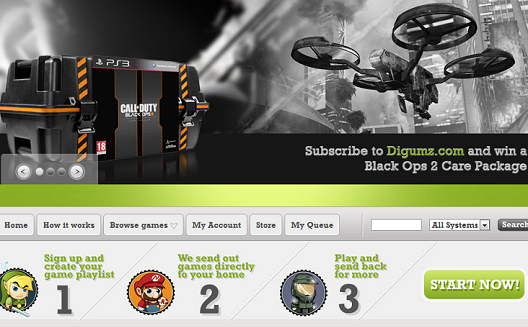 This week, Kuwaiti game rental company Digumz.com was acquired by Kuwaiti platform Taw9eel.com, one of the largest e-commerce sites in Kuwait. The acquisition marks a turning point for Taw9eel, which is expanding its operations to cover the Saudi market as well.

Digumz, which is supported by a Kuwaiti government-backed VC, offers three services: game rentals on Digumz.com, game sales through DigumzStore.com and prepaid card game rentals through its site Krooot.com.

Taw9eel, owned by Al Watan TV, will expand Digumz.com’s game rental service, which is a clone of U.S.-based GameFly, to what they believe to be a user base hungry for easy access to mostly-Western games in Saudi Arabia.

The deal, made for an undisclosed amount, validates the growth of the gaming industry in the region. For Digumz, it marks an exit for one of its sites, only 3 years after its founding in 2010. The platform's primary advantage in the space is that it has expanded its rental service to over 500 returning customers, and has solved the issue of delivery; to ensure reliability, Digumz hand delivers and picks up every rented game across the country.

Though Digumz.com’s Founder and General Manager, Qaiss Dashti wouldn’t reveal the details of the acquisition, he added that he will continue to manage DigumzStore.com and Krooot.com, and will use the extra flexibility to develop a new project and potential payment gateway.

As Taw9eel expands into the Saudi market this year, it will likely build on the existing Digumz.com site instead of integrating it into their platform, says Dashti. He plans to independently expand his other game purchasing service to the larger Saudi gaming market as well.

As gamers in the Gulf increasingly demand popular international gaming titles, rental platforms like Digumz, or similar UAE site GameHop, have a lot of room for growth. For those looking at the recent closure of several gaming development studios in Jordan, this stands as a reminder that there are plenty of opportunities in the gaming space beyond development. But as distribution platforms continue to rise in the Arab world, I’m looking forward to seeing more startups successfully develop and publish from the region as well.