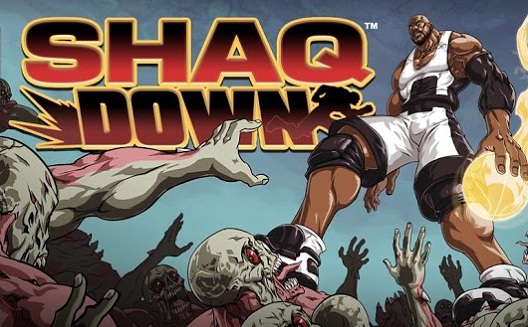 A new battle is being fought in the Middle East, thanks to Jordanian gaming company Maysalward.  Basketball legend Shaquille O’Neal, known to the world as "Shaq," fights zombies across the region in a new game called ShaqDown.

It's a bit of an unfair fight, as Shaq wields a powerful flaming basketball, the zombies only have strength in numbers, but Maysalward is betting that players will enjoy the global title, with the addition of a few levels set in Arab cities.

Shaq says it's for kids. "As a father, I've seen how much time my children spend playing different games and thought ShaqDown would be a cool, entertaining game for kids of all ages," he said upon the release of this first installment earlier this month.

But adult kids might like it too. We in the Wamda office played it a few times and enjoyed the hilarious gameplay; Shaq is tasked with smashing through zombies or pummeling them with his explosive basketball. One commentator on the game’s Google Play page sums it up well: “[It’s] a runner game that is so fricking ridiculous that it is incredible.”

But Shaq's oeuvre is not limited to zombie wars; he's also announced a new series of mobile games inspired by his kids’ interest in tablets and smartphones. This isn't his first foray into the video game realm either, he released a title in 1994 titled "Shaq Fu" for Sega Genesis and Super Nintendo.

The game can be downloaded on iOS and Google Play for $0.99 and offers two modes- Story, the regular game, and Survival, in which Shaq takes on as many zombies as the game can throw at him. It’s fun, challenging, and a bit outlandish, but is becoming popular, with over 200,000 downloads around the globe so far.

It may be sensational, but this release of ShaqDown actually marks a turning point in Maysalward's development, and perhaps the regional gaming space; the veteran gaming studio is looking to fill a gap in the gaming market by turning from game development alone to publishing games from developers around the world. Their first publishing partnership is with One Spear Entertainment of San Francisco, the studio that is publishing and distributing ShaqDown for developer Hiptic Games, also of California.

As a partner with One Spear, Maysalward is the main promoter of the game in the Arab world, and its distributor to regional mobile operators, mobile networks and app stores. The studio will work to distribute the game on BlackBerry and Nokia once it's released.

It's a big move for the veteran gaming company, which has built up a creative culture over the span of 10 years, initially bringing in partners from Europe to train its developers in 2000. Under energetic founder Nour Khrais's direction, the gaming company has consistently released games over the years, many very basic recreations of tic tac toe, crosswords, sudoku, dominoes, and tarneeb, some of which see several hundred thousand downloads.

Its move to publishing, however, will grant the company a chance to scale further. As developers in the Arab world still face an uphill climb against U.S. and European developers, they must be creative about building their brand and increasing profits. By connecting to Silicon Valley studios, Maysalward is getting its name out there and building an international presence.

But the company hasn't forsaken its developer roots with ShaqDown; as mentioned, the company will work with Hiptic and other developers to develop levels for users in the region through partnership, explains Khrais. The hybrid ability will likely appeal to some international developers looking for help with both localization and distribution.

For now, it seems a wise move and definitely a segment to keep an eye on, as there are few competitors in distribution aside from Tahadi Games and DvLZGaME, and there will always be demand for a regional publishing platform, both from global and regional developers.

WARNING: The below video is completely ridiculous.