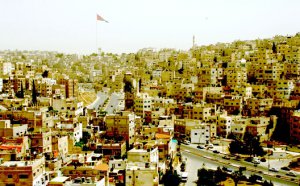 Entrepreneurship in Jordan is now getting international support. Yesterday, The World Bank launched a new project to foster job creation and ease access to finance for entrepreneurs in the Hashemite Kingdom, especially those outside the capital.

The $70 million Micro, Small and Medium Entreprise (MSME) Development for Inclusive Growth Project, approved by the World Bank Board of Executive Directors, will focus on governorates outside Amman to promote growth in underserved districts and encourages banks to have special offers for women.

"This loan will support the creation of much needed employment opportunities for Jordan's growing population of young people," Ferid Blhaj, World Bank Director for the Mashreq Department, stated in the press release.

"The Central Bank of Jordan has taken a number of key measures to improve MSME access to finance. These measures have contributed to some expansion, and helped shape a more positive enabling environment," says Sahar Nasr, World Bank Task Team Leader for the project.

Small and medium businesses in the ICT sector in particular will be a large driver of that growth, as it currently contributes 14% to the Jordanian economy, and has created 84,000 Jobs, according to the Information and Communications Technology Association of Jordan (INT@J).

Jordan stands to accelerate this growth; its success stories have already proven that small businesses are steadily scaling.  In the tech sector, Jeeran, a popular user review platform, received investment from Silicon Valley-based seed fund and accelerator 500Startups. Media company Kharabeesh boasts the largest YouTube Multi Channels Network in the Middle East. Despite a few startup closures recently, Jordan's gaming sector is also leading the Arab market, thanks to support from the Jordan Gaming Task Force supported by King Abdullah and global players like Sony, which is opening a studio in the country this year.

The World Bank's loan will undoubtedly continue to support similar tech startups, as well as those outside the technology sector that can help boost the Jordanian economy.