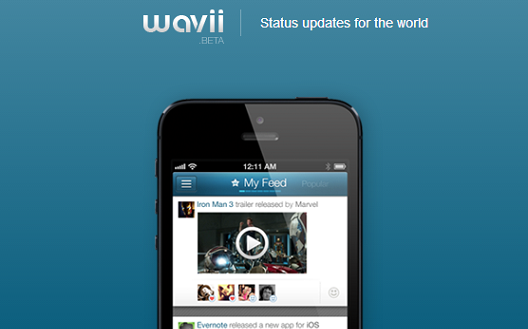 In Silicon Valley, the race is on to build a better mobile news summarizer. Google is the latest to make a move, with its rumored acquisition of Wavii, a semantic search and natural language processing technology, founded by Lebanese-American entrepreneur Adrian Aoun.

Wavii, which has a very sleek and user-friendly interface, aggregates articles and synthesizes them down to a short and quickly digestible sentence, based on the key elements.

The deal, which is reported to be well over $30 million, comes just weeks after Yahoo’s acquisition of similar app Summly, created by British tech wiz kid Nick D’Aloisio for a similar amount.

The two startups, which were direct competitors, are now out of play, as their functions will be folded into Yahoo and Google's products. Yahoo has already assimilated Summly’s technology into their iPhone App, and TechCrunch speculates that Google could either integrate Wavii into Google Knowledge to better formulate the information on the sidebar in most Google searches or Google Now, offering a  smarter Siri alternative.

And while neither Google nor Wavii have verified the acquisition publicly, TechCrunch also reports that Apple was working to acquire it first for their Siri division before Google jumped in. With news aggregation and summary an obviously competitive market right now, Time asks, “The real question is whether Summly, and now Yahoo, can take news stories from around the Web, present altered versions of them, and not run afoul of copyright law.”

The Associated Press recently won a case in New York against one such company, Meltwater, a Norway-based news aggregator, which neglected to license their content from AP. While Wavii seems to give credit and link back to the original source, Yahoo, and now also Google, will have to integrate carefully.

News aggregation startups from the Arab world, like Agenda25, and Nabd, social browsing platform Nextly, and semantic search startups like Kngine and CTRL, are similarly making it easier to find the information and news you’re interested in, but an actual news summary app in Arabic has yet to be released.

Such apps also beg the question of whether real journalism can survive the era of soundbites and quick summaries. Do consumers still want to read a full article? Or will 140 characters suffice to keep us informed? One thing is sure- as information overload drives the need for quick overviews, tech giants are scrambling to stay in the lead. For Yahoo, the move to focus on smart summaries might help it further augment its popular News product, and not fall further behind its competitors. Google, on the other hand, might have plans to integrate summary content with Google Glass, creating a new kind of quick consumption.

We’ll update as we know more, but for now we’ll have to wait to see how the Wavii team will integrate as they move to join Google in Silicon Valley.