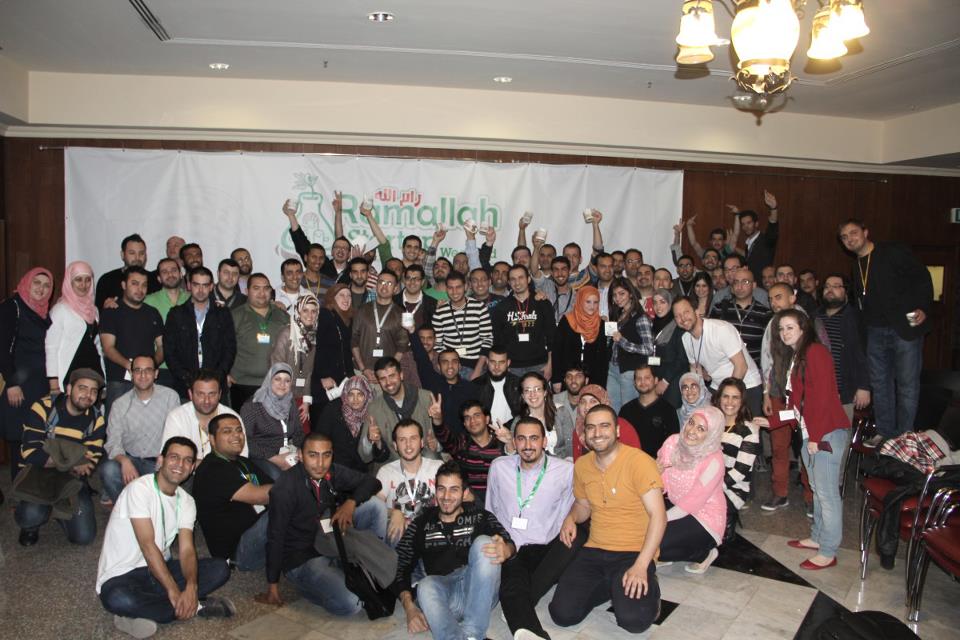 Note: this piece is adapted from the Arabic original.

The organizers- Jaafar Houjair, Mohamed Al Asmar, Nidal Zahran, Mohamed Jebrini,George Khadder and myself- decided that the event should be organized and funded by Palestinians, and not draw upon external funds. At first, we struggled, but once momentum built, the ecosystem's major players- Bank of Palestine, Sadara VC, Exalt Technologies, ASAL Technologies and tech accelerator Fast Forward, rallied to the cause and agreed to finance the event.

On April 4th, the very first Startup Weekend in Ramallah launched. It was the fifth in Palestine, preceded by two in Nablus and two in Gaza; it was time to bring developers, programmers, designers and businessmen to the center of Palestine, to wait aspiring entrepreneurs develop their ideas into sustainable models.

This time, we took an active approach to creating balanced teams. Of the 400 people who applied, 100 were chosen and divided into categories according to their expertise, so that 40% were programmers, 30% designers, and the remaining 30% were managers. In the initial presentations, 46 ideas were pitched, 20 were chosen, and by the end of the first day, 18 teams formed to start turning the ideas into potential startups. 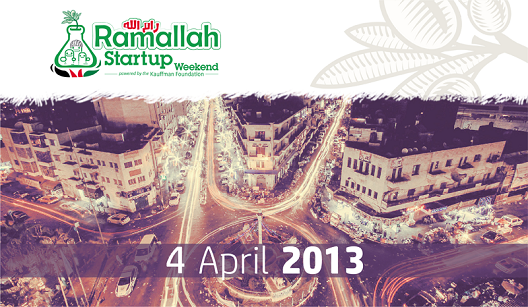 When the 18 teams pitched on the third day, they were only allowed the standard five minutes to present their ideas, with two minutes for  judges’ questions. Each was evaluated based on the problem they aimed to solve, the viability of their business model, their communication process with potential customers, and product-market fit.

"The process of selecting ideas was very hard due to the neck-to-neck competition between the teams,” remarked Saed Al Nashef, Founding Partner at Sadara Ventures, who served as a judge.

The following teams were selected:

Ayman Awartani, the founder of Idevator games, based in Nablus, posted a (grainy) video of the final announcement:

Screen'em will continue to work on its idea, says the platform's lead founder Saed Al Shelah. They hope to launch the first version in June, and have already submitted an application to accelerator Fast Forward, which helps entrepreneurs turn their tech ideas into companies.

The Screen'em team also includes Faris Zaher of YaMsafer, the first startup to secure US$1 million in investment from Sadara Ventures, one of the few funding vehicles that focuses on early-stage Palestinian startups. "Often in the Middle East, people who apply for jobs do not meet the requirements of the position.  We thought about an algorithm, based on keywords in an advertisement for a post, to scan job applications and rank them by relevance to the job,” Zaher told the International Business Times.

The event also hosted two local leaders in entrepreneurship. Amal Daraghmeh Masri, a businesswoman who runs marketing and communications company Ougarit, as well as Palestinian Business Focus Magazine, spoke about her personal experience and how she insisted on implementing her ideas.

Kamran Elahian, an entrepreneur of Iranian descent from the U.S., spoke about his experiences founding and investing in several tech companies around the world, including Schools-Online, a nonprofit he co-founded in 1996 that has connected 6400 schools in 36 countries with computers and access to the internet.

One notable element at the event was that 25% of the attendees were women, noted Tom Nagel, a Startup Weekend representative who flew in from the U.S. "Pal Girl POWER!" Saed Nashef tweeted in response. 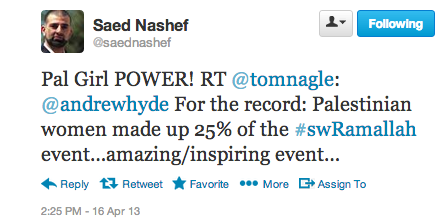 Nagel also posted a video on Vine bidding "good luck, from #SWRamallah" to Startup Weekend Caen, in France, which occurred the same weekend.