For Saudi women, unemployment rates are climbing, while they’re dropping for Saudi men and non-Saudi workers, according to government data. 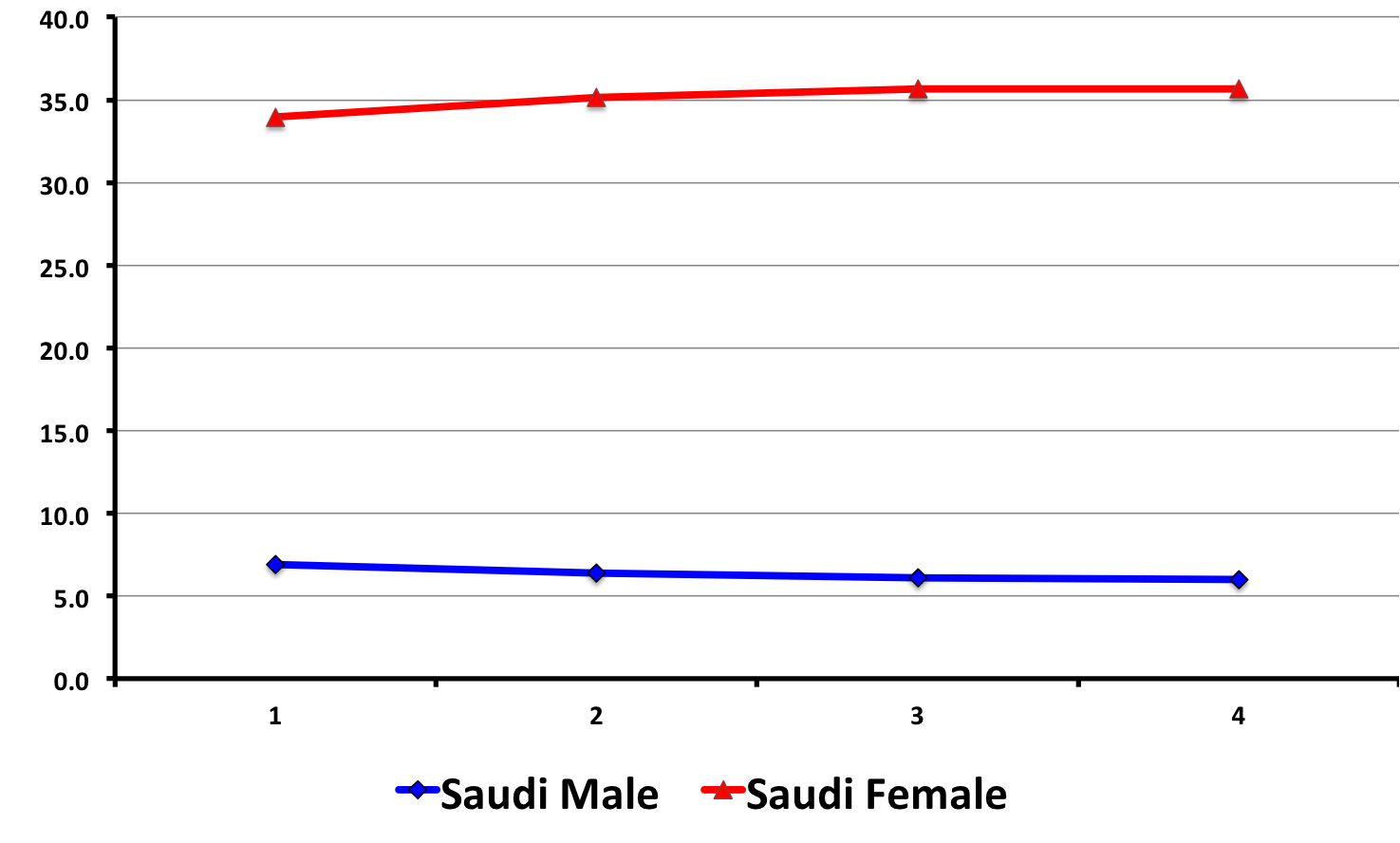 Unemployment for non-Saudis is much lower than that of Saudis, according to these statistics, reaching 0.07% for men and 0.18% for women (this makes sense given that the majority of foreigners are present in the country to work).

These statistics imply that 64.3% of women are employed, while in 2010, a report released by the World Economic Forum estimated that only 22% of women were present in the workforce, up from 20% in 2009.

Yet the slight increase in unemployment for Saudi women isn’t a negative trend; it’s driven by the fact that more women are entering the workforce, says Khalid AlKhudair of Glowork, an online platform based in Riyadh that helps connect women to employment in Saudi Arabia.

“The facts are correct,” he said, “and that is not because there aren’t job opportunities, it is because there are more women graduating than ever before. 500,000 women have graduated in the past 10 years as opposed to 300,000 men, and the numbers are rising. With new laws in place to encourage equal opportunities for women in the labor market, the future is bright."

Last year, the U.N. found that 52% of university graduates in Saudi Arabia were women.  If AlKhudair’s statistics are right, that gap is continuing to expand. Glowork is designed to help employ these graduates, by allowing them to work from home and circumvent the difficulties of segregation laws at work. "60% of women who have PhDs are unemployed, AlKhudair said when we interviewed him last year.

Now, he says, "This has definitely changed, due to companies hiring more women in leadership roles."

[Don't forget to register for our Wamda for Women roundtables in Riyadh this May 30th and in Doha and Amman on the 20th and 24th, to discuss how women can lead the way in changing the status quo].