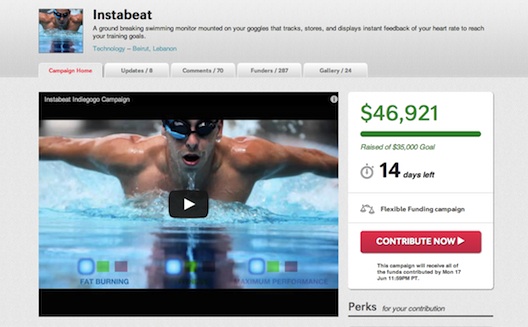 Any entrepreneur who doubts the power of crowdfunding can simply look to the example of Hind Hobeika, a Lebanese engineer who recently debuted Instabeat, a unique swimming goggle attachment that tracks a swimmer's heartrate, caloric burn, and number of laps. Within one month, she was able to raise US $60,000 from 200 donors to launch her first round of mass testing and manufacturing.

Yet not every startup has been so successful. Ibrahim Khalil, a Jordanian game developer who left TakTek Games to create a new gaming company, Team Food Fighter, launched an amibitious IndieGoGo campaign to raise $100,000 and only raised $525.

However, failure is as powerful of a teacher as success; both entrepreneurs have learned valuable lessons that other startups can learn from.

Know why you want to crowdfund

Hobeika was inspired to create Instabeat from a personal need to monitor her swimming, and, after winning third place in the Stars of Science competition in 2010, and first in the MIT Arab Business Plan Competition last year, she has worked with a team five over the past year and a half to hone her prototype.

Before entering the production phase, Hobeika knew that she needed to:

She decided that crowdfunding was the best option, not just because it could be faster than securing venture capital investment, but, most importantly, because she actually wanted to build a community of people who would test the prototypes they received in exchange for their donations.

Here are her tips for success: 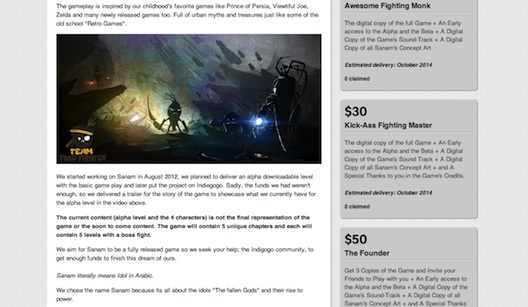 Ibrahim Khalil came to crowdfunding from a very different position, but his tips are very similar.

Because the Jordanian gaming market was marked with several failures, Khalil found it “scary” to go to investors, not just because he lacked a background in business, but also because he assumed they would be wary of investment following those recent failures.

So he decided to start a campaign on Indiegogo. He calculated that his team would need around $100,000 to build their dream multiplayer game from the ground up, so he began working on a trailer.

Khalil's marketing strategy was basic: he tweeted at gaming bloggers. Most of them wanted to try out an alpha version of the game, which wasn't available, but several wrote articles about the concept.

At the end of the day, the campaign wasn't successful, likely because the amount- $100,000 was too high, the team didn’t have the budget to properly promote the campaign; the prizes that they offered in return were mostly copies of a game no one had tested.

Team Food Fighter doesn't regret the campaign, as they learned a lot, especially about the importance of formulating a business plan beforehand, and they connected with several people in the European gaming community, some of whom could be potential future investors.

Now, Khalil is working as a freelancer to stay afloat while continuing to develop his game. Once the game play is finished, he will hope to find investment, or will start a new crowdfunding campaign, with these tips in mind: