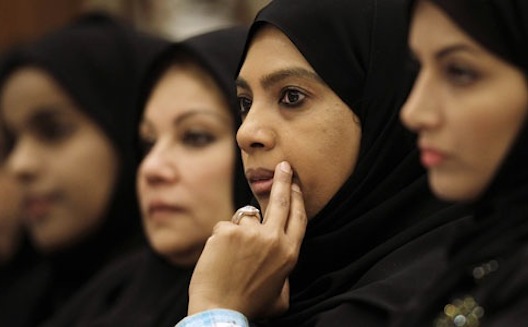 Women in Saudi Arabia might not be able to drive or vote. But the overwhelming majority would like to have a job, and most don’t mind working with men as long as they can gain work experience.

That’s what a new survey by Glowork, the Riyadh-based job-enabling portal for women, revealed this week, after polling 500 women at 10 of Saudi Arabia’s universities.

The gender gap in Saudi Arabia is one of the largest in the world, made more stark by the fact that these women will outnumber men in university, making up 57% of graduates, yet only 20% of them will likely participate in the workforce.

This next generation is primed to change that, however, as most want part-time work, and don't need wasta, or personal connections, to get it. Here's what else they're seeking:

They’d like to administrate, and most don’t mind working along with men.

Most women (61%) want to work in administration, and the overwhelming majority (70%) said they would either prefer to work in a mixed or semi-mixed environment or had no preference; only a minority preferred female-only environments.

The next most popular sector after administration was tourism, where 17% of women aspired to work. Perhaps, Glowork pointed out, hiring women could help new companies focusing on tourism, travel, or hotels to take advantage of the sector’s untapped opportunity.

They prefer job sites to wasta.

Only 10% of women polled said that friends and family were the best way to get a job, and only 11% admitted to using their personal connections to find employment. The majority of women (72%) said that they were using either recruitment websites or newspaper and magazine ads to find jobs.

18% of Saudi women polled had never written a CV, and 36% had never asked for help.

Some commented that they would pay up to 500 Saudi riyals (US $133) for an outsider to prepare their CV (perhaps they haven’t heard of services like Tickle My Brain).

Some weren’t even sure what their CV should look like; when asked “Which type of CVs do you write as a fresh graduate?”, and given a choice between a chronological and a functional CV, a whopping 39% responded “I don’t know.”

38% said that English was the number one skill that would help them secure a job, while 33% wanted to improve in computer skills. Only 4% said that better customer service skills would help with employment.

They're not very focused on salaries, but want experience.

These women, however, were focused on the type of work far more than the number of hours; 80% said that the type of job or the workplace were far bigger concerns. Only 7% considered either working hours or their salary the biggest factors.

Alkhudair pointed this out in the press release, saying that most of the women surveyed were focused on gaining experience, not making money.

This isn't surprising; many of the women Wamda for Women spoke to in both Qatar and Saudi Arabia noted that women are not expected to be breadwinners or even providers in the their families; this might encourage a focus on skills rather than income; however, many of the women we spoke to said that this norm also made it extremely challenging to negotiate for higher salaries.

As women, we’re already not well-received when we play hardball; it’s certainly not easier in the Gulf.

Initiatives like Glowork will help, however. As a one-stop shop for career advice for women, Glowork also makes it possible for women to work flexible hours from home via an online platform. The company aims to create over 500,000 jobs for women in Saudi Arabia over the next five years.