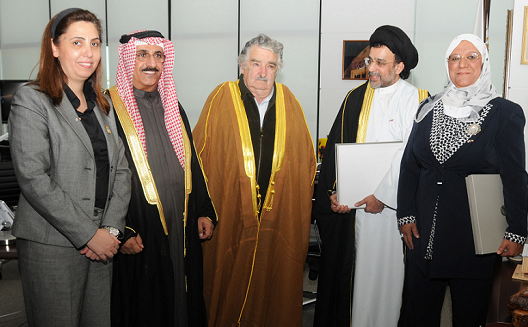 I bet you’ve had at least one great idea pop into your head during the last couple of weeks, and I also bet you didn’t do anything about it. The idea may have come to you while driving your car, watching TV, taking a shower, or even reading this post. We have these moments all the time, but rarely do we act on them.

Next time you have one of these idea moments, do something about it. Reach out and simply send an email to someone that may be able to get the ball rolling. If you came up with a great idea for a TV show for example, send a draft script to a director in your city; you have nothing to lose.

In my experience, staying engaged online can actually make a difference in the world around you. Below are three short stories from my experience that might help to convince you of the power of sending a simple e-mail.

1) A letter to the president.

In the summer of 2011, I did a two-month internship with Endeavor Uruguay. I really loved my experience there, especially the people and the fact that Uruguay won the Copa America football tournament while I was there. 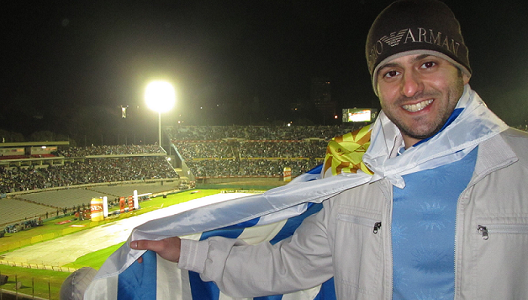 To my surprise, however, Kuwait doesn’t have an embassy in Uruguay; the two countries don’t have any kind of diplomatic relationship. But during my time there, I realized that the infrastructure of the country is fairly underdeveloped; many roads and bridges were built in the 1950s, and are rarely, if ever, maintained. I also found out that Uruguay is having difficulties financing road maintenance.

So an idea popped into my head: why not suggest to the Uruguayan government that they finance some of these projects from the Kuwait Fund for Arab Economic Development? I knew that many countries in Latin America took advantage of the Fund, receiving loans with a low interest rate. I also wondered why Kuwait doesn’t have any diplomatic ties with Uruguay (especially given the country’s excellent football team!).

So I decided to send Uruguay’s president, Mr. Jose Mujica (a very humble man) a letter explaining a bit about the Fund and why Kuwait would be interested in establishing this new diplomatic relationship. Check out my letter here.

I asked my colleagues at work in Uruguay whether I should send the letter; but they laughed and said that it wouldn’t change anything. One friend offered to help however, and sent the letter via e-mail to President Mujica’s office. Nothing happened.

Once I had finished my internship and returned to Kuwait, I received a message from a colleague saying that he was with someone who works with President Mujica and would love to pass my letter to him. So I sent him the letter.

After just over a month, I received an e-mail from one of my friends in Uruguay asking me to open a link. I opened the link and there was a picture of the Uruguayan president meeting with four Kuwaiti parliamentarians, talking about establishing a new diplomatic relationship. President Mujica also said that Uruguay would apply to the Kuwait Fund to finance some of its development projects. Moreover, they even agreed to open a Kuwaiti embassy! This was some of the greatest news I have heard in my life, and I can’t help but feel I had some part to play. 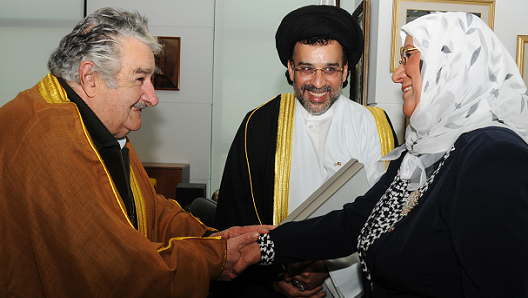 After finishing my internship in Uruguay I next went to Barcelona to continue my MBA studies. In one of our entrepreneurship classes, we had one successful entrepreneur speak to us every week. One week, we had a speaker from Golden Gekko, the largest app development company in Europe (they develop apps for Heathrow Airport, H&M, and Cadbury, among others).

Two weeks after his presentation, I had an idea to develop something called M-Government that would connect all of Kuwait’s government ministries online via a mobile app. I decided to organize my idea into a power point presentation, which you can see here, and send it to Golden Gekko’s CEO, Magnus Jern.

The very same day I sent an e-mail to Magnus and got a reply asking me to meet in his office. We had a great meeting and actually met two more times to continue the conversation. In the end, I couldn’t carry on with the project because I got busy with my own startup, but Magnus and I still stay in touch.

GigaOm.com was probably the first tech blog I ever followed in 2009. But by 2011, I realized that I didn’t read the blog that much anymore, and began wondering why. So I came up with a list of three things that had changed about the site that I didn’t like. I sent my list to the site’s product manager and one of the things I mentioned was:

“The main page shows only 10 news feeds, while on the other hand TechCrunch and VentureBeat shows 20. I know that seems irrelevant, but to me I'm too lazy to go to the second page.”

After 6 months I got an e-mail from someone at GigaOm asking me if I was free to do a reader interview to improve their blog. The conversation never took place, for a variety of reasons, but after two weeks I realized that they had changed the format of their blog to reflect my suggestion: instead of 10 posts per page, they had 20. I like to think I had a part to play in that.

To summarize the lessons I learned from each of these experiences: if you have an idea, don’t just sit on it. Do something about it!

Send a simple e-mail. If the president hadn’t seen my letter, nothing bad would have happened. If Magnus didn’t answer my e-mail, I probably wouldn’t have seen him again anyway. If GigaOm hadn’t responded to my suggestion, no harm would have been done.

Just try it. There’s nothing to lose, but a lot to gain if even one e-mail leads to a change.