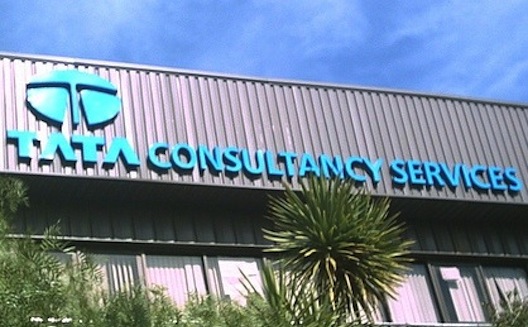 Tata Consultancy Services, which was founded in 1968 in Mumbai and is now valued at almost US $64 billion, will open the center in spring 2014, in partnership with General Electric, which will join as a client along with Saudi Aramco.

With the goal of eventually employing 3,000 women, the center will launch with an initial staff of 400, who will work in human resources and finance (contrary to what you might imagine, those in need of IT tech support will not now hear the voice of a Saudi woman; a woman-staffed call center might violate conservative norms).

The Indian IT company's motivation for entering the Saudi market is simply noted as a plan to tap the Kingdom’s underemployed talent pool.

“In India, there has been huge opportunity for our industry to liberate underused talent and, while Saudi isn’t on the same scale, there is still a big opportunity to help people, especially women, find good professional jobs,” Natarajan Chandrasekaran, the chief executive of TCS, told the FT.

Chandrasekaran also explained that he doesn’t expect criticism about other women’s employment efforts to chase Tata, because the platform has the support of the Saudi government.

This news comes on the heels of Glowork’s recent, somewhat surprising accquisition for $16 million. Glowork, an online platform that connects women in Saudi Arabia to part-time and full-time jobs, is also supported by the Saudi government and counts the Saudi Ministry of Labor as its primary client.

Hiring women in Saudi can be a bit of a racket, Glowork founder Khalid Alkhudair explained when discussing the company’s acquisition; some businesses hire women simply to reach Saudization goals, without actually offering real jobs. As it is, the government is incentivized to support employment in any form, having spent $10 billion on unemployment last year.

At Tata, which has grown to over $11 billion in yearly revenues, partly thanks to selling Y2K conversion software in the 90s, these women- whether Saudi or expatriate- will be a small percentage of a near-300,000 employee base, but they will certainly have real jobs.

Tata is hardly the first Indian IT company to seek out talent in the Arab world (remember the story of Aspire.jo?), but its plan to outsource to women in Saudi Arabia marks a tidal shift in the Middle East.