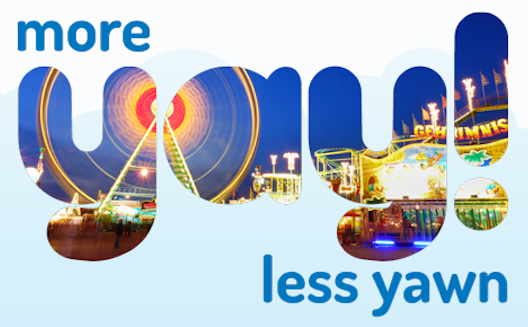 While daily deals are no longer as popular as they were a few years ago, the prospect of getting more for less is a perennial hit. Voucher book The Entertainer is one product that's proven persistent, growing across from its base in Dubai over the past 12 years, by offering its trademark 2-for-1 deals, both in a printed booklet and online.

Now, the book is taking the natural next step to launch a mobile app, which is available for iOS, Android, Blackberry, and in January, Windows.  With a presence in all six GCC countries, as well as Egypt, Cyprus, Singapore, and Cape Town, some might wonder why the voucher company didn't make the leap sooner, but with 30–40% growth per year, and 600,000 customers, it's has healthy uptake. Now, the company is looking to expand into Malaysia, Hong Kong, London, Jordan, and Johannesburg, betting on mobile to entice new customers.

A mobile app will allow users to be “more spontaneous” with their Entertainer packages, says e-Business and Information Director David Ashford. “If people are out in Gemmayzeh,” he says, referencing the restaurant and bar-filled neighborhood in East Beirut, “they can pull out their phone and see what vouchers they have for places in the neighborhood.” That way, he says, their day or night out won’t be limited to the vouchers they’ve remembered to tear out or print.

Going mobile may bring The Entertainer into more direct competition with restaurant voucher service RoundMenu, but in relatively untapped markets like Lebanon, it may be able to fill a gap once served by more daily deals sites. Last year's Lebanon book, the first Lebanon Entertainer, costs $80 USD for 300 deals (Dubai's costs about $107 USD for over 2000 deals), and the next edition will feature 2-for-1 deals at stylish Beirut establishments like restaurants Al Dente (in Achrafiyeh’s Albergo Hotel) and Momo at the Souks, and the nightclub White. Founder and CEO Donna Benton is careful to point out that while the cost of the book may be considerable, sometimes it can be recouped with just one voucher, as in the case of the Le Gray hotel 2-for-1 room deal.

As it expands, The Entertainer will encounter a classic issue in the discount sector: getting beyond stigma. Some customers might consider it déclassé to use a coupon for anything; similarly, some venues might think their businesses would be losing some cachet if they were included in a coupon book. Conducting marketing strategy for Lebanon, The Entertainer's Marketing Director Liz Riemersma says her team heard chatter that “Lebanon [might be] a hard place for a coupon business to launch because of other competitors with not as high-quality products, as well as the stereotype that Lebanese are resistant to the ‘stigma’ of using coupons. People want to pay to experience the quality of the brand.” 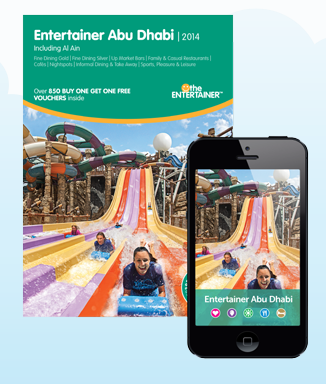 The Entertainer's team has taken a few steps to address the issue, first excising the word ‘coupon’ from their marketing vocabulary. “We say ‘vouchers’, not ‘coupons’,” CEO and founder Donna Benton corrects me.

Also, in the Lebanon marketing push (mirroring the initial ones in Gulf markets), Riemersma has focused much attention on differentiating The Entertainer from “tacky coupon books and daily deals sites,” of which The Entertainer is “the opposite,” she says. She continues: “People need to understand that [with The Entertainer] they get very high quality brands.”

Ashford points to the booklet’s not-inexpensive cost as potentially reassuring to customers who want the cachet of spending but also want to save. The price “validates the quality. If it were cheap it would be something people buy and forget about.” Redemption numbers indicate that this is “not the case” for The Entertainer.

Benton insists that the restaurants and other services in the book are “ones people want to go to anyway, not just because they’re getting 2-for-1.”

The emerging markets that The Entertainer is targeting are decent bets for mobile app uptake as well, with smartphone penetration at 63% in Malaysia, and 52% in Lebanon. (Smartphone penetration is only 17.4% in South Africa, but rates in Johannesburg and other cities are likely considerably higher than this). Business Development Director James Gosling expects adoption of the mobile app to be "especially high" in Asian markets, and between 35 and 45% in mature markets like the Gulf.

As more daily deals and flash sales sites turn to everpresent deals, the question of whether a mobile coupon book will sell in emerging markets may interest more than just The Entertainer's customers.