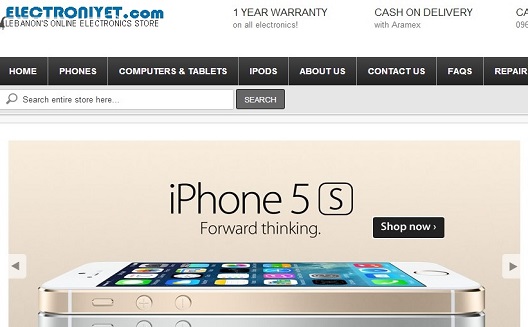 “I came back to Lebanon to renew my papers then decided to look for opportunities here,” says serial entrepreneur Christopher Habib, founder of newly-launched online electronics store Electroniyet.com.

Being an e-commerce store in Lebanon, Electroniyet is poised to prove whether there's a market for online electronics in Lebanon. E-commerce in the Middle East, let alone Lebanon, is also known for being tough, and it's a capital intensive segment in any market. So can a bootstrapping entrepreneur succeed where others have struggled?

Habib, a Lebanese national, was raised between Dubai and Montreal, where he launched his first startup in Canada, an online guide to Montreal nightlife called ImClubbing.com, during his second year at McGill, a local university. After graduation, he worked as a marketing manager CorporateStays, a local company that helps corporations find accommodations for visiting guests.

Yet Habib couldn't shake his dream of launching an online electronics store in Lebanon, an idea he had ever since college. This year, when he returned for a visit to Lebanon, he decided to make the leap, after seeing that the local e-commerce sector had matured and that brick-and-mortar stores had highly inflated prices for electronics. “Prices are over the top [in Lebanon],” he explains.

This month, he launched Electroniyet.com to sell phones, computers, tablets, and iPods. By using his home as his warehouse, having no office or team of employees, only spending ad money on Facebook and Google, he's able to undercut local offline sellers, he says.

To begin, he had to first bring distributors on board, which wasn't easy, he recalls. “I started with a distributor I know who thought it was a good idea,” he explains, “Then I spoke to Samsung. I had to go around the whole company,” before they finally approved the plan. He is now in talks with Sony, hoping to gradually add more products.

Next, he set a social media strategy into motion, launching the Electroniyet Facebook page last week, to gain visibility and create space for ads. He's also depending on word of mouth, which he says is "the biggest thing in Lebanon.”

And with no other team members and no office, Habib has kept his cost strictly limited to ads, on Facebook and Google. The company's commission varies between 5 and 7%, which could mean a $10 USD profit on products such on iPhone 5, Galaxy S4, and others, he explains.

“I’m making nothing from it,” he says, but the aim for now is simply to offer cheaper prices. “I’m not losing anything as long as I’m covering everything.” In order to increase revenue, he is betting on convincing more distributors and eventually selling more items. 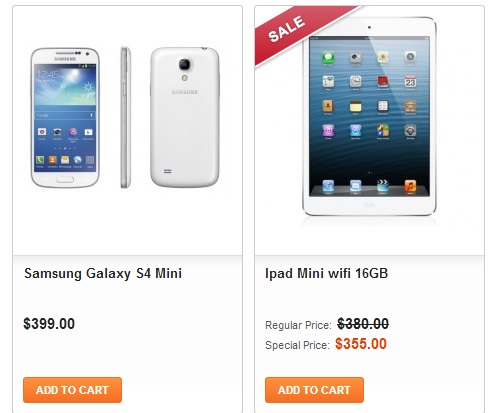 Several competitors exist in the field of electronics e-commerce. Sites like JadoPado and Saletab have achieved success in the Gulf, there are still significant hurdles to jump in Lebanon. Online payment in Lebanon is underdeveloped, to say the least. Online credit card use is minimal, an issues with which startups like Voga Closet have struggled, beyond other standard challenges, like high customs rates and commissions charged by banks. Low profit margins also make it a challenging business.

For now, Habib isn't dealing with credit card issues, by offering Cash On Delivery as his only payment option. Once PayPal opens in Lebanon, though, he plans on adding it as an option. For logistics, which can be tricky in a market like Lebanon that lacks a formal addressing system, he's using Aramex as his courier.

A hurdle that Habib hasn’t yet been able to surmount is time and resources. “I already have a full time job, so I’m not putting all my eggs in one basket,” he admits. “Also I’m not a coder… even a tiny bug is hard for me to [fix].”

He admits it’s hard to handle so many things alone, but believes that getting his “hands dirty” will ultimately help him understand his business better. Of course he wants his startup to take off, but he’s not obsessing about making it profitable quickly or even about getting his first investment.

Habib is betting that selling electronics, which are always in demand, will allow him to succeed where others have closed down, including Mizalla.com, an e-commerce website that launched two years ago and is now defunct. According to Habib, Mizalla.com launched with a relatively large investment, yet the concept was new and it was unable to convince enough buyers to purchase online, he speculates. (Mizalla.com was unreachable for comment on Habib's speculation.)

This has certainly made the Electroniyet team cautious. Until Electroniyet becomes profitable, Habib will keep his day job with CorporateStays, and continue to work hard to prove himself.

“My goal with this venture is to prove that e-commerce can work in Lebanon," he says, "and to prove to myself that I was able to launch an idea from scratch without any outside help.”