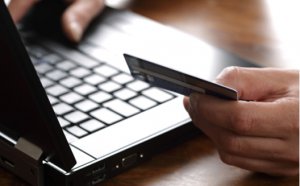 This is the first in a new series on Wamda discussing e-commerce trends in countries across the Arab world.

In Lebanon, however, the market is still nascent. Over the past 10 years, e-commerce founders and supporters have had a steep uphill climb when trying to start and build their businesses.

The Lebanese e-commerce market continues to struggle with several challenges endemic to the Middle East in general: a lack of secure online payment gateways and a mistrust of online purchasing. Lebanese buyers in particular prefer to purchase offline from their favourite local stores.

In the online retail space, this phenomenon is evident in the difficulty sites have had in scaling. One of the first major online retailers, Mizalla.com, launched in 2011 in a cloud of media buzz, only to close down almost a year later. Today, the majority of Lebanese online retailers are targeting more niche markets.

Electronics e-stores are the most common, a factor not unique to Lebanon, as electronics are the leading market segment in e-commerce worldwide, accounting for 24% of total e-commerce sites. Niche or high-end clothing and accessories sites are also becoming popular, like newly-launched eezmeez which sells t-shirts with jokes in Lebanese slang and local designer site Lebelik.

The daily deals market, on the other hand, has done well, perhaps because locals always like a good deal and the business doesn't involve logistics. GoNabit (which later became LivingSocial) entered the market first, ushering in a slew of copycats like Makhsoum, GoSawa and ScoopCity, which have now expanded to Dubai and other cities.

Flash sales are slowly growing as well. After MarkaVIP pioneered in the market, young competitors such as Mistile and Natasawak have launched on a smaller scale.

A few very popular offline stores have taken the leap and ventured online, but thus far none can boast a very successful online site.

Finally, classified ads were some of the first e-commerce sites and remain very popular; in fact, many Lebanese online users tend to think of classified sites first and foremost when asked about e-commerce.

Here's a look at the major players:

The three platforms below all offer deals for clothing and accessories.

All of the below allow users in Lebanon to buy and sell products in a variety of categories, from electronics to clothing to handicrafts and gifts

Payment gateway availability throughout the region can be seen in our piece on payment gateways, which lists commission percentages. All of these gateways work for customers paying, but to integrate with a local bank and extract payments, merchants must work with Bank Audi or Credit Libanais. In Lebanon, options include:

All of the below offer complete e-commerce solutions which connect to available payment gateway solutions.

All of the below also offer design and web development solutions.

Lebanon suffers from weak internet penetration, but the country has witnessed a rapid increase in recent years, from 22.5% in 2008 to 52% in 2011. Mobile penetration rate reached 72.2% by the end of 2011, placing the country in the 12th spot in the region.

Facebook penetration, which might be useful for advertising purposes, is currently 37.62% according to SocialBakers, accounting for 118.43% of internet users (likely due to users having multiple accounts).

Many in Lebanon still do not trust "virtual" merchandise, unless it's coming from big names and brands that could be held responsible or a company lists a physical location they can contact if something goes wrong.

Eezmeez co-founder Gaby‪ comments that ”since our launch, I've had many inquiries from potential clients demanding that we show them samples of the products before they decide to buy, which defies all e-commerce logic."

Only two banks in Lebanon currently provide payment gateways: Credit Libanais and Bank Audi. As the first to offer online credit card payment, Credit Libanais hasn't advertised its service much, while Bank Audi has organized a wide-spread marketing campaign and seals the majority of deals. Fees also reportedly can approach 9%.

Michel Kanbour, Founder and CEO of ITEC, a Lebanese e-commerce solutions company founded in 2001, says that “it’s only a myth that online payment is not safe; banks and card providers need to promote awareness campaigns to educate people about the benefits and lower the merchant account fees to encourage more e-commerce platforms to launch.”

One major element missing from the Lebanese e-commerce scene is offering incentives to attract clients online; most e-commerce stores can't offer the convenience or diversity of product that would ordinarily lure customers from nearby offline stores.

“You buy a television because it offers channels that broadcast great programs, but without those channels you wouldn’t pay $1 for the best television in the world. Yet many online stores in Lebanon are not offering new and different products that will test what Arab users' will buy online rather than offline”, says Kanbour.

The classified ads sector is crowded, but popular, and daily deals may be on the decline, but for online retailers who can speak to Lebanon's savvy shoppers, the market remains wide open.