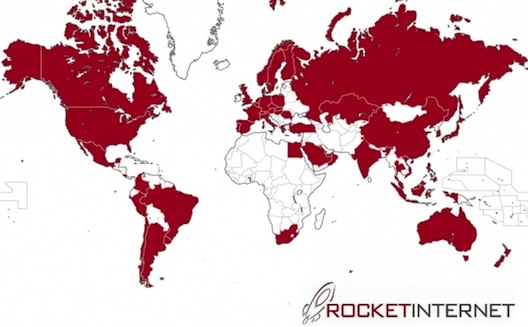 While the past two years have seen e-commerce companies in the Middle East secure the majority of funding invested in startups, primarily from investors from outside the region, the trend is set to continue thanks to Rocket Internet.

Yesterday, the German startup incubator announced a partnership with MTN Group, the African Telecommunications company, to invest in digital businesses in the Middle East.

The partnership will see MTN and Rocket create Middle East Internet Holding (MEIH), a joint venture with equity split between the two parties. The creation of MEIH follows a similar partnership announced last week, in which MTN, Rocket Internet and Millicom International Cellular will invest in internet businesses in Africa through Africa Internet Holding (AIH).

Major e-commerce companies Souq, Namshi, and MarkaVIP have already raised over $90 million from foreign investors; now, between MEIH and AIH, Rocket and MTN intend to invest 300 million euro (US $410 million) in the Middle East and Africa over the next two to four years, with two transactions set to close in the first and second quarter of 2014.

To date, Rocket Internet's properties in the region have already raised almost $90 million, with fashion e-commerce site Namshi raising over $34 million, and Easytaxi, a mobile app for ordering taxis, has secured at least $37 million to date, from Rocket Internet, Africa Internet Holding, Latin America Internet Holding, and iMENA Holding, an investment company based in Amman, Dubai, and Riyadh. Hellofood, Rocket's online food ordering platform, has secured $8 million from iMENA Holding, while investment in its fourth property in the Middle East, real estate portal Lamudi, is undisclosed.

iMENA, which works closely with Rocket, did not comment on the deal when reached.

For MTN, the investment serves its goal of supporting digital businesses to provide content for its customers, said MTN Group President and CEO Sifiso Dabengwa: “The agreement with Rocket marks yet another important milestone in our journey of pursuing digital business adjacencies as one of our key strategic priorities, to drive growth and value for our customers."

Although Rocket has invested far more in most other markets, Oliver Samwer, Rocket Internet, co-founder, also remarked on Rocket's commitment to the Middle East. “I am very confident that the strategic partnership between MTN and Rocket Internet is going to accelerate the online shift in the Middle East. With joint forces, Middle East Internet Holding will develop its already existing ventures even better and will launch new companies even faster and more successfully.”