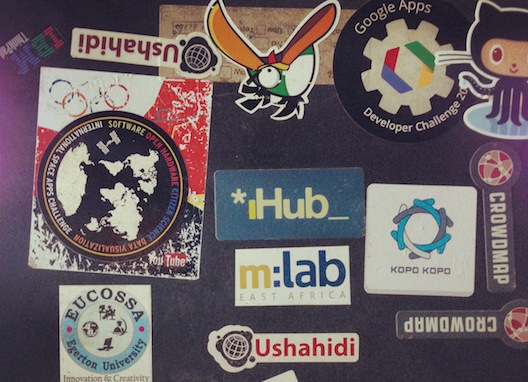 In September 2013, we – a small and dedicated team of tech maniacs – started a world tour of innovative ecosystems in emerging markets. The project, dubbed Innovation is Everywhere, means to go to countries and cities less covered by mainstream media, to meet innovative people, and to share what we've learned. We are partly self-funded and partly supported by the Web School Factory, a campus-cluster based in Paris.

The prospect of going to Nairobi to attend the Afrikoin conference last November had me excited since the day I booked my tickets. I had never been before to Africa, and Kenya, with its extremely young population (60% is under the age of 25), seemed like the main hub for startups.

Landing in Nairobi by night, I saw a huge graffiti advertisement in the airport welcoming me to “the land of MPesa.” In a few days, I was able to learn a lot about mobile money, a concept very popular in Kenya (25% of the GDP is actually in the hands of local telecom compay Safaricom through its MPesa mobile money system). The speakers at the Afrikoin conference managed, in one day, to explain not only the potential of these new currencies globally, but also how they may impact East Africa. For instance, Kenya and other East African countries have a strong cooperative economy, in which groups of women co-invest together in what’s known as a shama. There's a lot of room for digital technology, on smartphones and elsewhere, to make the shama safer and more efficient. 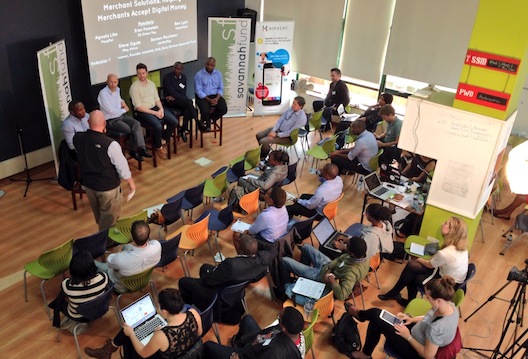 I also had the opportunity to attend the Demo Day at the end of the conference, where four startups from Kenya, Uganda, and Ghana pitched after a few weeks of acceleration by the Savannah Fund. Each team gave us a lot of key stats on their business models, their revenues, their pain points. The decks were short, insightful, and scripted. They also asked for a fixed amount of money and told us exactly what they would do with it. These young people’s pitches were much more evolved than the all-too-common pitches where a good idea is offered, but there’s no real traction or data to support it, as I’ve experienced at SXSW and elsewhere.

These startups also addressed some very specific local needs. By basing a venture on existing behavior, I'm convinced, one can avoid copycat syndrome. Inforex, for instance, managed to win even the Central Bank of Uganda as a customer by implementing a simple data-fetching app to report on foreign exchange rates. Instaid, from Kenya, offers a cheap service to make aid vouchers digital using SMS and mobile money with MPesa. 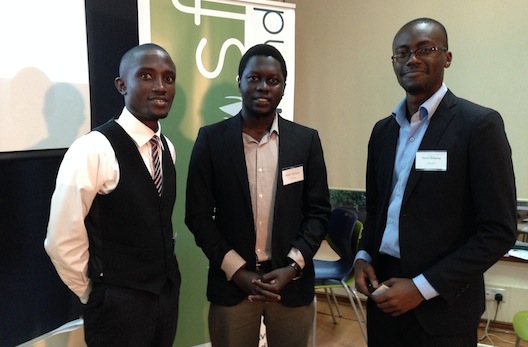 In many countries, including France and Singapore, governments see innovation as a top-down movement. In Nairobi, the startup scene is really bottom-up and community-driven. First, the so-called Ushahidi Mafia, the group of young entrepreneurs who turned Hushahidi into the first successful startup in Kenya, have now turned their efforts towards community building. At iHub Research, their small consultancy firm which reports on the entrepreneurship landscape in East Africa, they help anyone with an idea to test it. Another example is the Nairobi Dev School, founded by Njeri Chelumo and crowdfunded on Indiegogo to the tune of $15,000 USD, which helps local entrepreneurs develop their ideas.

Governments of East Africa are adapting to new technology as well, allowing established institutions such as nationa banks be disrupted by mobile money. Kenya’s new constitution, as of 2013, gives 30% of all public tenders to companies run by people under 25, women, and disabled people, thus empowering a segment of the population usually stricken by unemployment.