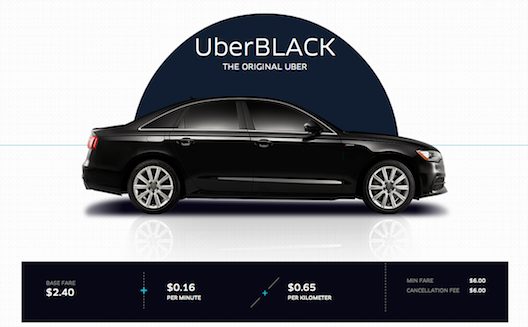 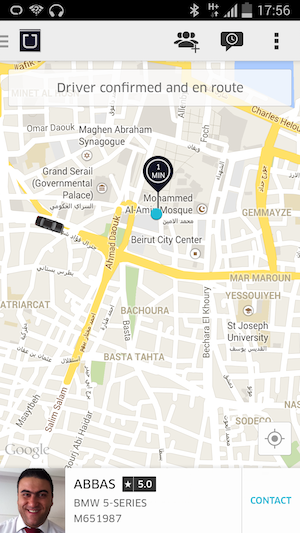 Uber, a San Francisco-based mobile app connecting passengers with drivers for hire, now working in 140+ cities worldwide, launched in Beirut last Friday, its 6th city in the Middle East. The launch comes hot on the heels of Careem’s launch in the Lebanese capital last month, a startup with a similar model based in Abu Dhabi. Beirut is the 8th city in which Careem, the company Wamda once called the Uber of the Middle East, is now operational.

Uber and Careem are both betting that Beirutis will be as charmed with their business model - the taxi service of the 3G and GPS era - as have been Emiratis (and people all over the world). But the Lebanese use taxis a little differently from people in other countries; its taxi system has evolved to be complex and idiosyncratic. Given this, can the model work here?

The new wave of taxis

In one of the fastest expansions of global startups in the region, Uber entered the Arabic market in September 2013 using Dubai as a launchpad.

Like in all other cities, users order Uber and Careem cars through theirAndroid or iOS app, after opening an account and entering credit card information. It's pretty simple: drop a pin on the map to indicate your location, request a pick up, and you'll receive confirmation that your driver is on their way. You can even follow the path of the car coming to get you. The ride is also directly billed to your credit card so there is no need for cash (although Careem offers users a cash-pay option). 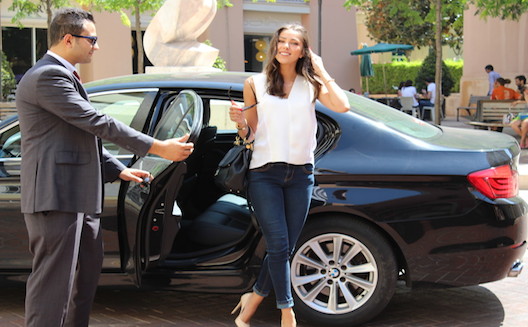 An emphasis on luxury

Uber’s analysis of the Lebanese taxi market has revealed an appreciation for the finer things in life. In an attempt to provide a unique service for the taxi-saturated Lebanese market, the global company seems to be focusing on the high end cars. “In Beirut we are starting with Uber Black, which is a high-end segment. It is a bit more expensive than local taxis, because the cars are fancier, but our service is also more reliable and efficient,” says Wakim.

Passengers who use the service can expect the chauffeur treatment: your driver will open the door for you, ask you whether you have a specific route you favor, and his car will always be spic-and-span.

Careem, on the other hand, launched the luxury Business service and the Economy Sedan service at the same time, betting that the model would be unique enough to get business from non-luxury consumers.

Eventually, Uber too is looking to expand beyond the luxury market. “We are targeting anyone asking for a reliable ride,” says Wakim, who also mentions that the team may launch UberX which will be working with registered transportation providers.

The teams’ research must have also revealed that the low-end taxi market is already quite well-served. The existing Lebanese taxi system includes the service taxis, a shared taxi model similar to that of other Levantine countries. For just 2,000 LL ($1.33), passengers can hop into a taxi on any street, and get out anywhere along the route (which varies depending on the other passengers and the whims of the driver).

The Lebanese taxi services also go above and beyond Uber in at least one respect: A number of them maintain databases for their frequent users so they don’t need to describe their location every time; the dispatcher just asks “from work or your home?”

These redundancies might lead to an unenthusiastic reception for both Uber and Careem in Lebanon, but Uber’s General Manager in Lebanon Sebastian Wakim remains confident: “We analyze each market separately to understand the dynamics of the passengers and offer them a product that fits best with their needs.” 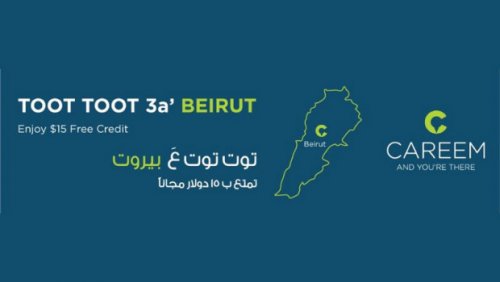 Both Careem and Uber follow the same system when it comes to ordering through an app. But each has its own price range, although they’re very closely matched.

Unlike other local taxi companies, Uber and Careem don’t work only on a distance meter system, but also according to a timer, and base fare parameters. Further, different classes of cars carry different base fares.

“Any ride [with Uber] would be at least $6,” explains Wakim. “We are very positive about our pricing,” he adds. Sheikha says the minimum price for the Careem’s Now Booking service is $7.

Let’s take the example of a trip from ABC Mall in Achrafieh to the American University of Beirut (AUB). With Careem, the estimated price for a Business (luxury car) Now Booking is be $8.60, and $6.50 for an Economy Now Booking. Based on traffic the trip might be more expensive as some waiting time charges might be added. For a trip of similar distance and time, an early Uber user Wamda spoke to paid $12.

But traffic plays a role too. Even if it’s a short distance, consumers will pay more if the roads are clogged. “It’s important to note that in our metering system we don’t count the kilometers and time at the same time. If the car is moving at more than 16km/hour then we only charge the price/km and not per minute and the opposite if the car is moving at less than 16km/hour,” explains Sheikha.

Even though both companies are looking for a piece of the Beirut taxi market, each has a healthy attitude towards competition. “We are excited to welcome Uber, it validates our interest in Beirut. And now that we will have another player pushing awareness, we expect the adoption of apps to order a chauffeured car to accelerate,” says Sheikha. Having said that, Careem’s team is convinced that their service is more tailored to the needs of the Middle East, and their value proposition is stronger. “We offer both pre-scheduled and on-demand bookings, have call centers to support our customers and drivers, and an option to use without credit cards,” she says.

As for the Uber team, they also welcome the competition and “don’t mind our drivers to work with both us and Careem,” Wakim says.

Sign up to Uber with the promotional code UberLovesBeirut (valid until August 31st) and to Careem with Bey20 (valid until July 31st) , and get $20 worth of credit for your first rides.

Have you tried one of the two services in your city? Share your Uber or Careem experience in the comments below!