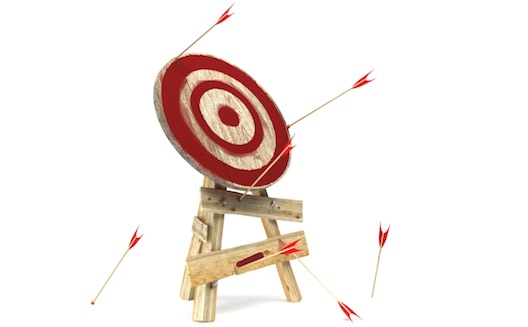 The process of winding down a company is an essential part of learning and growth. That’s true across lots of fields and specialties, and it’s especially true for startup founders. Shuttering a business may happen because of customer attrition, or an inability to attract customers in the first place. It could also happen after market shocks undermine revenue growth. Or after a period of personal reflection by a founder.

In the MENA region the fear of public failure is pervasive and deeply felt, so much so that it often inhibits risk-taking. The culture of accepting setbacks, learning from them, and starting over hasn’t yet been instilled. Developing it will require an open and frank discussion of what it means to falter and to start again.

Wamda spoke to two founders whose startups gained some initial success but are no longer operational. The experiences of Art Medium and Wheels Express both offer a set of unique lessons for entrepreneurs.

Art Medium was founded in the best tradition of small businesses: as a passion project. In 2009, as the social and startup scene was taking off in the region, Sarah Abu Alia decided to organize an art fair. Its success in producing engagement and revenue spurred her to create a platform called Art Medium, a diverse entity for managing art. “I think aspiring entrepreneurs should be very clear about why they are starting a business, and how they really feel about the business.” For her, Art Medium was about pursuing something she loved.

The company was quickly profitable. Abu Alia used the money to hire a team and to develop a business plan before she accepted her first round of investment. By the end of the first year Abu Alia had hired nine people. They generated revenues primarily through ticket sales to events organized by Art Medium and through associated advertising.

In time, the business expanded to Dubai. That was when Abu Alia realized that producing the same kinds of artistic events in the UAE demanded more resources than her company could manage at the time. She decided to begin fundraising.

The business was also growing in Jordan. Art Medium organized its largest event yet, and in doing so entered an exclusive sponsorship deal with a big corporate partner. When the sponsor withdrew support the company went into debt. Abu Alia was then forced to make a choice. She could either raise money or put things on hold. She made the difficult decision to suspend Art Medium’s operations.

In retrospect, Abu Alia says that Jordan is a challenging market to operate. She also explained that “an entrepreneur needs to be quick on their feet, passionate and obsessive but not [blinded] by their own vision. They need to remain objective and realize that business is business, it goes up and it goes down, and an entrepreneur's ability to be a dynamic and but centered person who values business for what it is, will only make you a better business person.”

Now involved in the corporate world, she remains interested in starting another business sometime in the future.

Wheels Express launched in Jordan with the promise to deliver a host of goods purchased by clients in an hour or less. From food to laundry, Wheels Express would manage the logistics and coordinate among a fleet of delivery people to provide goods to clients in a timely manner. For three and a half years, the service worked. It even generated profits shortly after its inception.

However, challenges began to take shape when the startup began to prepare for scale. Ibrahim Manna, Wheels Express’s co-founder, explains that the company never gained the financial support it needed to develop beyond its initial market. “Amman was always a testing ground; we just didn’t get that next round of investment to reach the next stage,” he says. He also believes that the service wasn’t an ideal fit for the Jordanian market.

When asked what he would have done differently, Manna says, “I would have shut down the company a year before [I] actually did. The fear of failure [impacted] most of my decisions in the last eight months of the company’s life.”

Asked what advice he would give to new entrepreneurs or those who may be failing, Manna says, “be fearless and try your best! If you succeed, good for you. If not, pick yourself up and try again. You are one step closer to reaching your goal!”

Indeed, Manna embodies the advice he gives. “It was a difficult period of my life. Once I accepted the fact that I had only lost one battle and I had many battles ahead to conquer gave me peace of mind and motivation to try again. Failing gave me the experience and wisdom I need now while running my new venture, ‘Ship and Collect.’”

For both Abu Alia and Manna, the experience of starting a company was rewarding and challenging. In both cases, first-time setbacks only reinforced the desire to succeed with a second enterprise or project that will surely benefit from their earlier experiences. For new entrepreneurs, this may be the most important lesson: Learning is an ongoing process, and that one failure may contribute to future success.