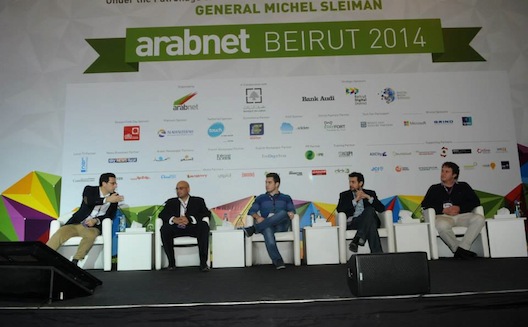 If there was one session at this year’s Arabnet Beirut conference that stood out by offering something new and different, it was the Failed Startups panel on the afternoon of March 5th at the Beirut Hilton hotel.

In the midst of presentations, panels, and interviews with successful founders, serial entrepreneurs, and investors about their triumphs, four businessmen regaled a packed conference hall with tales of startup woe, indulging that same macabre curiosity that drives our instinct to stare at car crashes, although in this case, the results were far more informative.

For many of the panelists, choosing and maintaining the right team have been a major cause for the failure of their past ventures. Fadi Bizri, the managing director of Lebanon’s Bader Young Entrepreneurs Program, abandoned his iPad app iSpicePhotos a few years ago due to differing commitment levels among his team. “The problem isn’t finding really smart people,” he said. “You need to all be equally driven; if two-thirds of the team are working really hard and the rest are not, resentment adds up, typically until small problems become really big and explode.” Not only does this hurt the project, he reported, it can “end with bad blood” between (presumably former) team members.

Mahamad Tanahy mentioned having faced similar challenges over the course of his entrepreneurial career. The founder of Bright Creations, the Egyptian digital creative agency that has expanded to Dubai, recommends waiting as long as it takes for the right team member or co-founder; as excited as you might be to get moving on a project, “waiting for the right person is a better use of your time than just starting with someone who has different priorities.”

Tanahy has learned this lesson in an especially personal way: his creative partnership – now successful – has been with his best friend. “It hasn’t gone that badly,” he laughed, “but when you have different visions for a product, if you’re sharing a partnership with someone who doesn’t share that vision, it’s tough,” especially when you’ve got brunch plans that weekend! Luckily for Tanahy and his business, though, they were able to work things out. Bright Creations is now one of the leading digital agencies and software houses in Egypt, with a team of 45 between Cairo and Dubai.

Bizri brought up the importance of taking stock of how a team is performing – and a take-no-prisoners approach when it comes time to let someone go. When asked by an audience member how to go about “kicking someone out,” he said: “Just do it – and fast. Do it as early as possible.”

While team building was the most unifying topic among panelists, several entrepreneurs brought up other resonant issues, including a project’s timing – both in the immediate and more abstract senses. In the case of Tanahy’s first project, a mobile traffic app in Cairo (an idea that has taken all kinds of root in recent years), “someone launched the exact same app with the exact same name a month before," he admitted with a degree of chagrin. You not only need to know the market you’re tackling, but “you need to move fast,” he said.

A number of other panelists lamented the region’s still-developing startup infrastructure as having been a hindrance to their projects. When Bizri launched his first venture in 2009, “just doing any startup here was really hard.” The problem for Afif Toukan, former CEO of regional game producer and distributor Wizards Productions, “wasn’t funding, but infrastructure; the whole region was not ready for it,” he said, without elaborating further. (His co-founder Sohaib Thiab has previously written about the reasons behind their company’s failure.)

For wunderkind Abdallah Absi, the 24 year-old CEO of Arab crowdfunding website Zoomaal, the main problem with his first startup specializing in unspecified international services was due to “a mismatch between the startup and the investors.” He went on: “Particularly in the region, there aren’t a lot of high-risk investors… it would have been different in Silicon Valley,” he stated confidently.

But perhaps the most important role the panel performed was putting failure out in the open, in a region where, according to panelists, it carries a particularly negative connotation. This reticence to speak about failure was present even in the panel itself; Toukan was hesitant to use the word at all. He said: “I don’t necessarily agree with the word ‘failure’; if something doesn’t work I’d rather use a different terminology,” he said.

The possibility of judgment from family and friends also plays a role when it comes to confidence, the panelists said. At least initially, Tanahy feared this so much that he didn’t tell any of his friends what he was working on, for two years! Panel moderator Walid Hanna, managing partner of Middle East Venture Partners, added that “society looks at us in a different manner when we succeed; they compare us to our family members.”

“For people to learn from failure,” Bizri reflected, “we have to demystify the culture. We need to get people to come out and talk about their failures. Once it’s out there, it’s no big thing.”

“I love failure,” Hanna concluded, “because it’s the best way to learn.” Hopefully these frank and clear-eyed approaches to the bad luck – and, yes, mistakes – of their past business decisions will lead to a more open and supportive future for the region’s entrepreneurs.