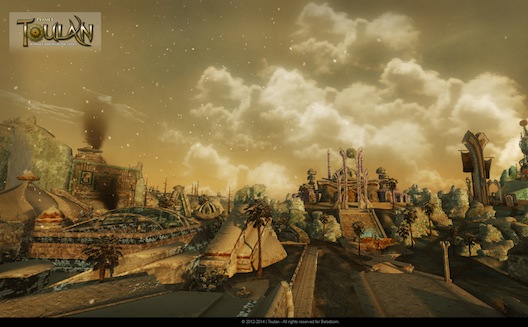 How much would you pay for a virtual stable on a distant planet in a virtual universe? Whatever the number in your head, it’s likely less than the $2,200 that one gamer recently coughed up in a virtual real estate auction held in the massively multiplayer online role playing game (MMORPG), Planet Toulan.

The stable, which cost about as much as a month’s rent for a studio in downtown Manhattan, will serve as a space for its new owner, avatar WangXing, to train his “pets” and generate in-game revenue from other players by renting out stalls and offering other stable-related services.

Under the game’s pet system players can catch wild animals and monsters and train them to complete various tasks, including attacking other avatars and their pets. The pet system adds depth to the game and “creates another level of interactivity for the players,” explains Mohammed Hujeij, cofounder of Amman-based Beladcom Studios, the developers behind Planet Toulan.

The game takes place on Toulan, a distant planet with a detailed history inspired by Arab mythology and traditions, and complex dynamics between a series of races and species. The game picks up some 600 years after an apocalyptic event that destroyed the planet’s civilization and scattered its peoples. Players’ overarching mission is to rebuild the planet and return it to its former glory.

Structurally, Planet Toulan exists and operates within a platform for virtual worlds called Entropia Universe, which was created by Mindark, a Swedish game developer. Toulan is one of six “planets,” or virtual worlds, within Entropia Universe, which have been developed by other gaming studios. Players can move seamlessly between all six via spaceship.

Toulan became the Entropia Universe’s sixth planet through a partnership signed between Beladcom and Mindark in 2010. The partnership has proven to be beneficial for the Jordanian game developer in a number of important ways. First, the Beladcom team has received considerable guidance and mentorship from Mindark’s team in Sweden, which has made several trips to Jordan to help with development. This has allowed Beladcom to avoid many of the mistakes made by the other planets in the virtual universe. Second, Toulan has inherited the vast, global player base that Mindark has been building since it launched Entropia Universe in 2003.

The sale of virtual property for actual money may seem peculiar for some, but transactions such as these are commonplace in games with real-cash economy (RCE) systems, which as the name suggests, fuses real-world currency with virtual economies.

“The idea of the RCE is that it gives value to the money you spend in the game, and as a player it’s no longer just spending the money and wasting it away. You keep it in the virtual value in the game,” says Hujeij.

A concept pioneered by Mindark, RCE-based games allow players to deposit money onto the gaming system which is in turn credited as virtual currency that can be used to purchase or bid on in-game items, properties, and services. The virtual currency can be cashed back out at any point, opening the door for money to be earned or lost in a number of ways.

Whether it’s renting a stall in a stable, offering a transportation service, or selling weapons or highly trained avatars, there is a fair bit of money to be made via the RCE. In fact, in 2009, the equivalent gross domestic product of the Mindark RCE was $422 million.

Facilitated by the considerable freedom that MMORPGs such as Toulan offer their users, an interesting byproduct of the RCE systems is that it they naturally create an entrepreneurial class of players.

“There are a lot of players who are like in-game entrepreneurs because they figure out how everything works, how they can create profit, how they can add value to other players,” explains Hujeij.

It is through the RCE that Beladcom monetizes Toulan, which is free to download and free to play. Revenue comes from the sale of items such as the aforementioned stable, as well from fees and commissions on the in-game auction feature used by players to buy and sell goods among themselves. 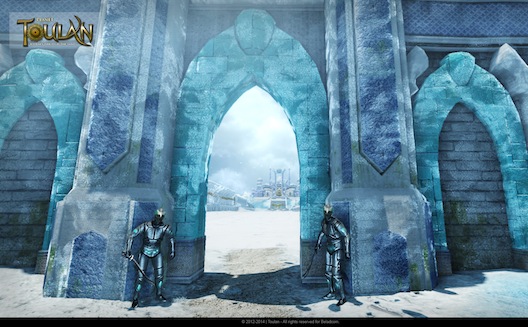 A global and a regional gaming company

However, despite its desire to help foster the region’s nascent gaming industry, the team is keen to position Beladcom as a truly global game developer, rather than just a regional one.

With its partnership with global gaming giant Mindark and an upcoming trip to Plug and Play in Silicon Valley, Beladcom seems well on its way to achieving its global aspirations, and with a player base from 37 countries from around the world, it has already created a global gaming space in Toulan.

“With players coming in from all over the world, we want them to put behind them whatever contradictions they may have in real life, and just explore this virtual life in an interesting way. In the end, you’re just an avatar and I’m just an avatar, and we’re out there exploring a virtual Arabian sci-fi world.”