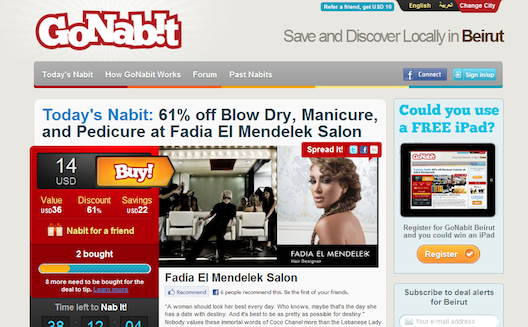 In a startup ecosystem as young as the Arab region’s, there are only a few founders that have completed the full entrepreneurship cycle, from starting up, to scaling, to selling, to shutting down. Dan Stuart, a co-founder of daily deals site GoNabit.com, is one of them. On the strength of the global daily deals craze, US online marketplace LivingSocial acquired GoNabit in 2011 just over a year after its launch; in the brief year-plus that GoNabit was operational, the team expanded operations to Kuwait, Jordan, Lebanon, and Egypt. Then, just one year after the acquisition, LivingSocial made the decision to shutter GoNabit as the daily deals model contracted worldwide.

“I saw all stages of the company,” says Stuart on a call with Wamda from his current base in Toronto. “I started, me by myself, found a great co-founder, got up to 95 people, and then it ended with me by myself again.” 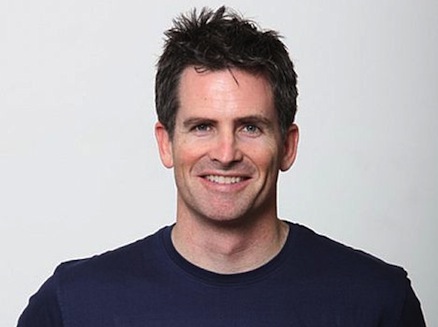 For entrepreneurs looking to replicate Stuart’s and GoNabit’s sometimes fraught path, he shared tips for each stage of the journey, based on his own experiences and things he wishes he’d known at the time.

Foremost in founders’ minds should be, Stuart repeatedly insists, getting the legal groundwork in order from the earliest moment possible. “The best money I ever spent was on the many different times I spoke to lawyers” at the beginning, Stuart recalls. “It made things so much easier with the acquirer, with setting the ground rules with investors,” and eventually with selling the business. He continues: “it might seem like overkill at the beginning, but if you’re lucky enough to need those documents down the road, the money will be worth it.”

But the most important thing for a new company to Stuart, it seems, is to know what you’re willing to fight for. “Whether I did this myself or not, is a different story,” he admits, but it’s of paramount importance to “balance the need for outside capital against compromising too much on your business.” Also not up for compromise should be “key hypotheses for your business…. Place your bets, set your standards, and work toward that objective,” says the founder.

For GoNabit, there were at least two aspects to the business that were never up for compromise: first, “we were fairly unaccommodating when it came to non-credit card payments.” Research showed that people had credit cards but just wouldn’t use them in the region, so Stuart and co-founder Sohrab Jahanbani set themselves the challenge of “making sure that our offerings were good enough to entice people to use their credit cards.” The strategy seems to have worked.

Another non-negotiable was the resolution Stuart made at the beginning to scale quickly. At the time GoNabit launched, it was the only daily deals site in the region – and Stuart’s determination to keep this competitive advantage bordered on manic. “Whether I had the money to be regional or not I was going to do it… without a compelling geographic footprint the business wasn’t potentially as interesting.” The company expanded at a pell-mell, “opportunistic” pace, to Jordan, Lebanon, Kuwait in 2010, and Egypt in early 2011. 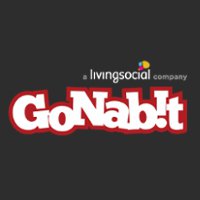 Around this time, Stuart and Jahanbani began thinking about both fundraising, and getting on the radar of US daily deals heavy hitters Groupon and LivingSocial. A call with a Groupon executive was promising – Stuart reports Groupon as saying “‘keep growing the way you’re growing and let’s talk in two months’” – but then they called back after just one week. That made the second call, with LivingSocial, even better; the conversation quickly turned from introductions to acquisition.

In the at least four months it took to close the eventual deal with LivingSocial (Stuart continues to be shy about disclosing the terms), money was short and the sale hung over the team’s heads in a way that discouraged them from making any decisions that they might have to undo later. From his experience over this period, Stuart’s tip is to “keep running your business” even if change is imminent. It was a “mistake,” he says, “to put key initiatives [like website development and a corporate loyalty program] on hold in anticipation of something that remains entirely uncertain until it's a done deal.”

So we know they sold, but why did GoNabit's fairy tale ending with LivingSocial go sour so quickly? Check back tomorrow for more tips and insight from Dan Stuart on the decision of whether to sell or accept more investment, and how to compassionately shut down a business.