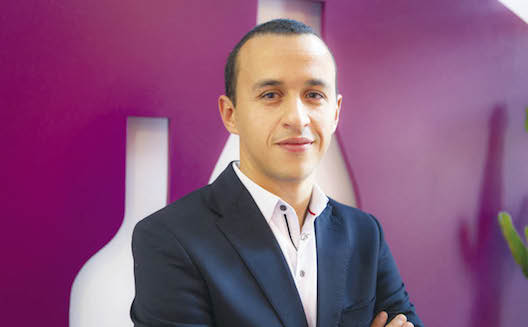 Toufik Lerari is one of those Algerian entrepreneurs who are changing the way foreigners and Algerians alike see the oil-producing country, by disrupting the local economy.

At 37, the entrepreneur is known for acquiring French communication agency Tequilarapido and making it one of the ten biggest independent digital agencies in the country, and for later cofounding and managing Algeria’s biggest communication agency, Allégorie. A huge believer in Algeria’s potential for entrepreneurship and positive change, he also cofounded the Algerian TED conference, Fikra, and has been asking Algerians to think positive, and create their own paths.

We sat down with the entrepreneur to learn more about his journey, and what’s going on in the communication industry in Algeria, a market that too often flies under the radar.

Like many Algerians of his age, Lerari left Algeria after high school to pursue scientific studies in France. After a few years, he joined a business school. It was 1997, and everybody was talking about digital, so he did an internship at digital communication agency of only six people, Tequilarapido

Four years later, the Algerian, convinced of the potential of the company, managed to find the capital to buy it, with the hope of making it grow, and exploit the untapped digital market. A decade later, Tequilarapido has become very well-respected, working with CAC40 companies, employing over 50 people, with €5.5 million in sales.

Yet, despite this success, Lerari remained frustrated that he couldn’t give life to his vision of the communication sector. “Digital is not just a mode” explains the entrepreneur, “it’s a mindset, another way to communicate.” In France, where the communication sector is mature, and partitioned – corporations usually have one agency for each task: media buying, audiovisual production, digital, offline etc. – the CEO could not convince his clients that the agency could work on non-digital campaigns.

Going back home to innovate

Things are different in Algeria; the market isn’t as structured, and hasn’t absorbed France’s resistance to innovation, believes the entrepreneur. He noted that the sector was very fragmented, and that an agency that could manage the entire value chain could produce economies of scale, perform better, and design more innovative campaigns, all of which could help the sector become sustainable.

In 2010, along with his cousin Marhoun Rougab, Lerari launched Allégorie, an agency built around five companies in order to offer 360° service, including Sixty2, the audiovisual production arm, Fifty4, the media buying arm, and Mawja, the marketing studies arm. This wouldn’t have been possible in France, says Lerari. “In Algeria, innovation is seen as a sign of vitality.” 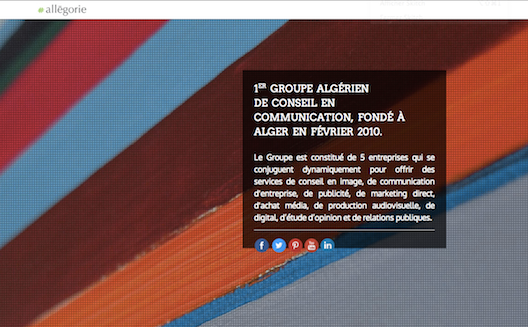 The entrepreneur says a 2012 campaign they did, to celebrate the 10-year anniversary of Algerian telecom Djezzy, is a good example of Algeria’s innovation. The agency launched a website – www.avoir10ans.com - and organized a drawing competition open to kids under 10, with the theme ‘draw me the future’, judged by the telecom’s Facebook fans. The winning drawings were then published in the paper version of daily newspapers, and videos were shot to share the winners’ reactions.

Such a campaign would be impossible in France, he explains, because buying space in a newspaper has become too expensive, and because it would have required working with different agencies to produce the videos, manage the Facebook account, buy ads etc., which would have shattered the budget.

Lerari spends 99% of his working time on Allégorie, but he still oversees Tequilarapido, and insists both agencies work together. “Tequila brought a lot of knowhow to the Algerian team, and Allégorie helped Tequila thanks to its huge pool of creatives. In five to ten years, we will witness daily synergies, and will create values on both sides of the Mediterranean,” he believes.

All this confidence and optimism might seem bizarre in comparison to what we’ve heard from Algerian entrepreneurs trying to monetize their website through ads, like classifieds leader Ouedkniss.

For Lerari, the market is mature and there are enough readers; the only thing missing is a strong company to organize and clarify the online advertising space buying. “There hasn’t been a single agency which has tackled the problem in its entirety, which has invested enough money to create the media buying platform [the country needs],” he explains. “If advertisers were forced to be transparent regarding their audience figures, one could easily get a very competitive model,” he continues.

A strong culture to build a company on

Talking with Lerari, it’s obvious that he didn’t come back to his country just for the money. “[At Allégorie,] we’re driven by the idea of being useful. Our motto is to inspire the future,” he says. “Communication has to play a key role in this [Algerian] society that we love, and that moves us.” It’s on those values that he built his company.

And yet, in a rather ironic way, the communications company doesn’t want to be too visible. “It’s a cultural thing, and an expression of humility. For Algerians, communication means justifying yourself, advertising for yourself, being arrogant.” This could be challenging for a communication agency.

Luckily, with all the new SMEs emerging who will invariably need marketing and communication, the entrepreneur believes the market is now big enough to support a new crop of advertisers. Further, the new crop of businesses understand the value of engaging communication companies, as opposed to traditional companies who need to be dragged kicking and screaming into the advertising age. Among these new SMEs, Lerari believes, is the future champion of Algeria.

Next week, Lerari will talk about why he’s so intent in helping Algerian build startups.