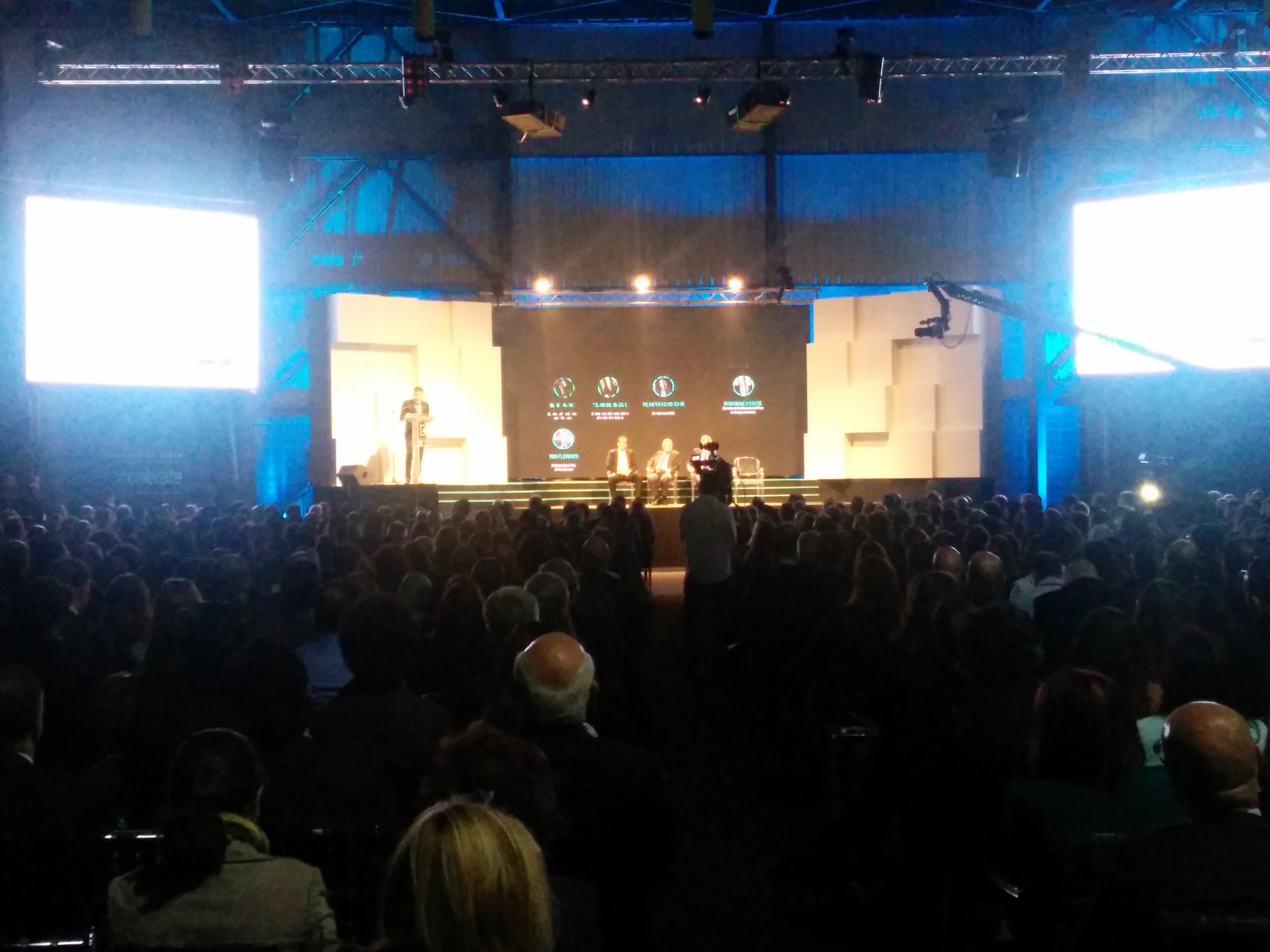 Lebanon’s central bank is keen to show its support for the startup and entrepreneurial community of Lebanon. Earlier this year they officially launched the Circular 331 that allocated $400 million to startups in Lebanon, and Thursday the kicked off the two-day BDL Accelerate 2014 event. The event began with speeches by the bank’s governor Riad Salameh, the chairman of the Association of Banks Dr. Francois Bassil, as well as the British Ambassador Tom Fletcher; the latter said that instead of pop singers, the forum was now filled with entrepreneurial rock stars.

From the first day of panels, which ranged from startup success stories, to the investment possibilities of Asia, Wamda has collected a selection of tips, advice, hurdles and solutions from the veterans, as well as newcomers, of the startup scene.

Alex Asseily, the founder of Jawbone and State, was keen to push the importance of perseverance, mentioning it about three times in four minutes. He ended his remarks with the line that fitness tracker Jawbone “was an overnight success after six years. People said ‘give up, don’t worry we knew what we were doing when we gave you the money, do this instead’. The number of founders I’ve known on the verge of giving up and then a short while later found success are incredible. So, do not give up.”

Believe in your product

Jean Nehme, plastic surgeon by trade and now a ‘success story’ with his surgical simulation app Touch Surgery, emphasized that you have to really believe in what you’re doing to make it as an entrepreneur. “You have to sell your mission internally as much as externally. It’s hard to get started without capital, so you have to sell well to your friends and family as much as the outside world.

There’s nothing sexy about being an entrepreneur, at least, that’s what we’re always being told. Ramzi Rizk, founder of the photo cataloguing and sharing app EyeEm, presented us today with a new analogy for the situation: Entrepreneurship is “like love. I went into it expecting to lose my social life and work, work, work. You fight and you argue, more than half the time you are confused. It’s not always sexy or inspiring but I wouldn’t do it any other way.” Awww. 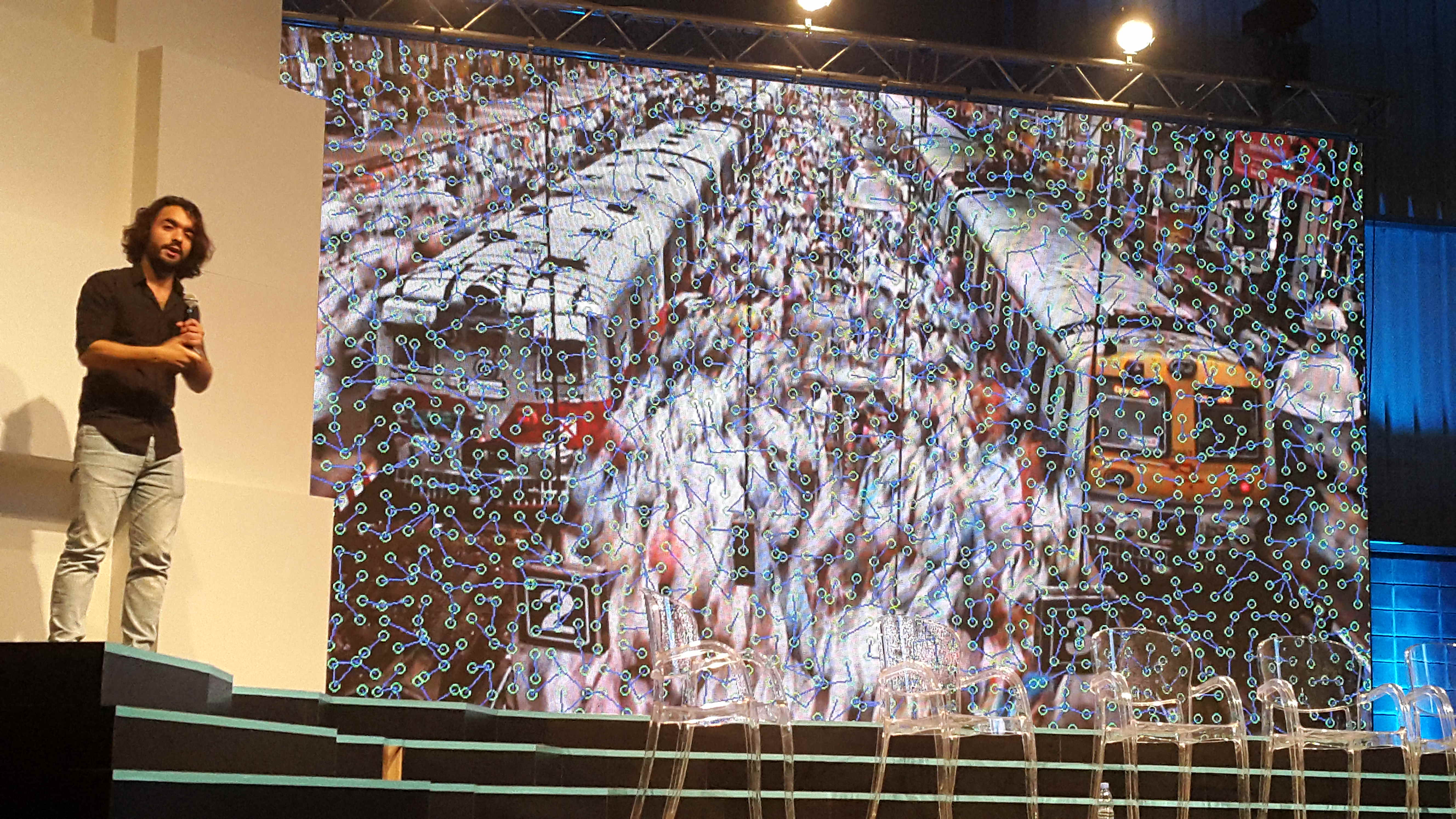 Ramzi Rizk gets personal on stage at BDL.

Make use of the diaspora

Mark Haidar, founder of Vinli, a device that adds apps and services to your car, is keen on startups and entrepreneurs making the most of their nationality in a world full of Lebanese expatriates. During the ‘Startup Success Stories’ panel he said that while the Lebanese market is a good one in which to solve a problem, it just isn’t big enough. But, he insists, the diaspora is. “There are 12 million Lebanese, you can connect with them and gain traction – a lot would love to help.”

Age is just a number

The panel Europe’s Startup Ecosystem: Opportunities & Challenges played host to startup founders from Europe. If one didn’t already feel old before the panel, they certainly did after 20-year-old Thijl Klerkx from Holland talked about how he started up his organic food delivery service at the age of 15. He pointed out that youth was on his side because he had no running costs or mouths to feed – an experience shared by an increasing number of young regional entrepreneurs.

Making the most of government

In Indonesia, the government is keen on helping out entrepreneurs and startups, but some are skeptical. Adrianna Tan, founder and CEO at WoBe Indonesia, a financial services platform for Indonesian women, felt that while she had greatly benefited from government schemes, it was not for everyone: “In certain matters, [like coming up with different kinds of grants] I question whether they have the ability or nimbleness to invest in the areas that will be the next growth areas.” The trick is to be able to use the government in areas that it can provide the most use, and ignore it everywhere else.

While Kim Kardashian might be intent on doing just that, everyone here in Lebanon would love for it to actually work to its full capacity. The issue of the internet came up in every panel discussion as soon as anyone mentioned ‘problems’ or ‘issues’ facing startups in Lebanon. Jawbone’s Alex Asseily said that a knowledge economy today is reliant on the digital and despite the region’s various struggles, this knowledge economy needs to get into 21st century. “All votes will rise when the internet is improved. We are in the age of horses when it comes to the internet, and we need to go to the age of cars.”