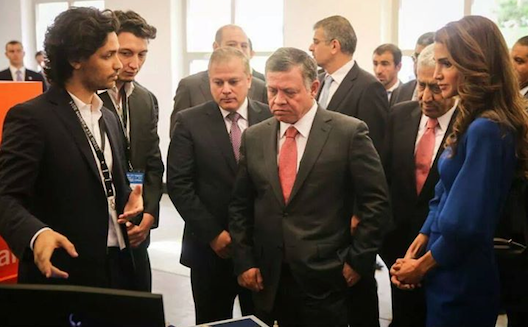 Loay Malahmeh of 3Dmena presents his company to King Hussein and Queen Rania of Jordan.

In 1892, William Wrigley Jr., who had recently moved to Chicago and taken up work as a soap salesman, began packaging chewing gum as a free extra alongside the cleaning products. When people started requesting the gum more than the soap, he made a decision that would go down in history. Wrigley is now one of the oldest continuously operating corporations in the US, sells its products in over 180 countries, rakes in upwards of $5 billion in revenue a year, and employs over 16,000 people in over 20 countries worldwide.

In 21st century terms, William Wrigley’s fateful decision could be described as a ‘pivot’, defined by Eric Reis in his book The Lean Startup as a “structured course correction designed to test a new fundamental hypothesis about the product, strategy, and engine of growth.” The theory states that by staying agile and paying close attention to certain performance indicators, startups can capitalize on what is working about their business model, while quickly getting rid of dead weight.

As Silicon Valley philosophy gains more and more traction in the MENA region, we’re seeing more examples of successful pivots than ever before. Here are four notable – and promising – regional companies that have changed tacks over the past year.

Yebab, which originally launched in 2008 as a wedding planning website, “has been profitable since the beginning,” but brother-and-sister founders Murshed and Mareyah Mohamed eventually noticed that “60% of Yebab.com’s visits come from mobile devices,” said Murshed Mohamed when Wamda spoke to him in March. 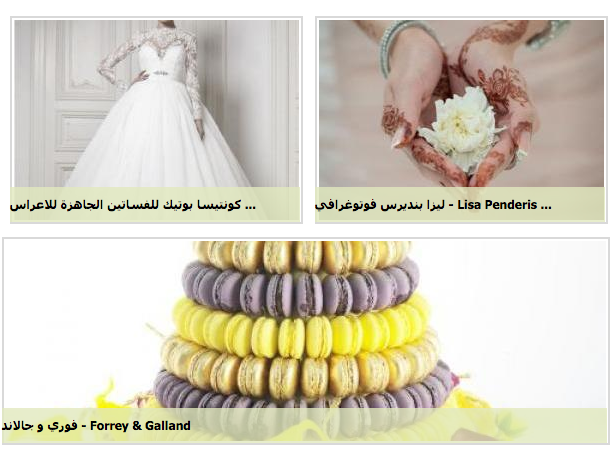 But “having an app version of the website wasn’t going to be enough. To not miss the future, we had to… solve problems that affect people’s daily lives,” Murshed says in an email to Wamda.

The Mohameds made the decision to pivot the site to be primarily a photo-sharing app directly challenging WhatsApp. “We noticed very clearly from the usage of the Yebab website that people wanted pictures. [Since we launched] demand for text has decreased... and has increased for pictures,” says Murshed. “That was the basis to focus entirely on image communication for the app.”

“The app users are a different audience compared to the website visitors,” says Murshed Mohamed in an email to Wamda. “We did a gradual pivot to sustain the business side of the company until the new concept picks up, thus reducing the risk and being as flexible as possible.”

“It’s been going very well,” the founder concludes. “We are continuously iterating Yebab… and with every enhancement we see it directly affecting key metrics.”

Lorem’s founders Alaa-eddine Kaddouri and Anas Filali realized they needed to pivot their business model when other, similar startups started cropping up in Morocco, threatening their competitive advantage.

Originally a game developer specializing in HTML5 games (HTML5 is an evolved markup language that, among other things, allows developers to build interactive web applications while bypassing restrictions related to proprietary platforms such as Adobe Flash and Microsoft Silverlight), Lorem’s founders pivoted it to become a software manufacturer, specializing in an app that allows new game developers to create their own HTML5 games using drag & drop.

“Instead of targeting the maximum number of users, we chose a niche” that is both educational and interactive, and which targets both players and developers, says Filali in an email to Wamda. He says that Lorem has also begun to generate revenue since Wamda last checked in with him in June. They’ve also developed a gamified creative concepts educational grant, the founder says.

“The advice we give startups is to not hesitate to confront your service with market realities. And take sometimes painful decisions and make strategic changes [accordingly],” Filali says.

While Loay Malahmeh technically pivoted his “gizmos and gadgets” site TickyTacky.me to custom 3D printing shop 3Dmena in 2013, the site began to gain traction this year, kicked off by an investment from Oasis500 in August.

Since then, Malahmeh tells me over email, “we have grown from two to five team members, we started to make revenues with our beta launch in November,” and they snagged an exclusive telecom sponsorship from Zain Jordan. The 3Dmena team even got to present their company to Jordan’s King Abdullah and Queen Rania.

One of the most exciting projects Malahmeh and his team are working on is a partnership with multiple organizations to 3D print prosthetics for handicapped Syrian refugees in Jordan’s vast Zaatari Camp (expect more details on this project early next year).

Malahmeh’s advice for entrepreneurs is classic lean startup methodology, and it’s a maxim he’s followed successfully so far in his own career: “fail fast and often, learn from your mistakes, and when you want to pivot… keep in mind that it’s all about building a product that solves a real problem, not just creating another startup.”

Yassine el Kachchini had already failed once before he started Hidden Founders, as part of a three-pronged testing approach. Hidden Founders, an offshore IT service company for startups, was the prototype that the founder, along with cofounders Adil Haizoune and Nabil Belmezouar, deemed to be the most promising. 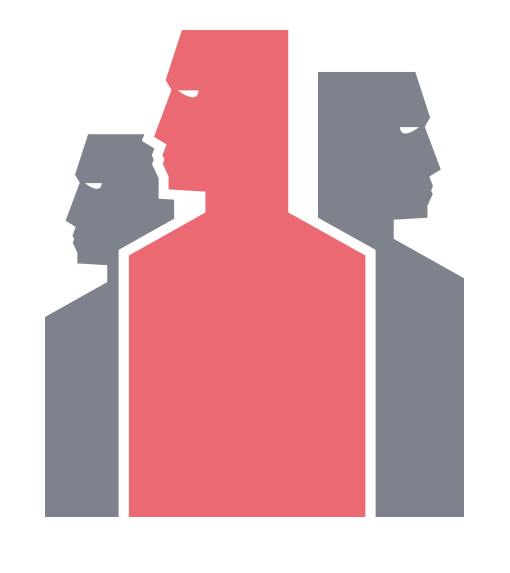 Still, after 12 months of pushing the European market, they hadn’t secured one order. El Kachchini realized that it’s the same the world over: “most founders are broke, they don’t have a prototype, nor an minimum viable product, nor seed money. They’re still looking for a Chief Technical Officer [CTO] to pay in shares.”

So the team pivoted its model to be a semi-virtual CTO for fledgling startups.

“We’re here to build the MVP that will help them validate their hypothesis, and get the traction that will enable them to convince a CTO, an accelerator, or even seed stage VCs.” The team utilizes its extensive network of Moroccan developers to build code, and farm out to the various startups with which it works.

Considering the difficulty startups face in getting assistance from the Moroccan government, Hidden Founders has the potential to become an important resource for Morocco’s – and North Africa’s – entrepreneurs in the year to come.