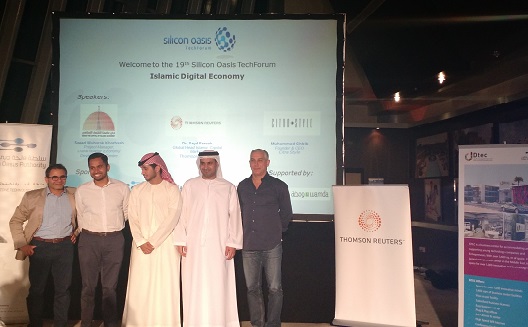 "The Islamic economy constitutes in all its sectors a new and important chance that all startups in the Arab region must seize."

This statement summarizes the findings of the 19th edition of Tech Forum, which took place last week at the headquarters of Dubai Silicon Oasis Authority.

Tech Forum aimed to host Islamic economy specialists and entrepreneurs in order to give a detailed overview on this sector, promote it, and raise awareness about the great opportunities and possibilities it offers. To this end, the forum attendees included Saeed Mubarak Kharbash, Project Manager at Dubai Islamic Economy Development Centre; Dr. Sayyed Farook, Global Head of Islamic Capital Markets at Thomson Reuters; and entrepreneurs Mohammad Chbib, founder and CEO of Citra Style website; and Ali Dabaja, founder of the Hajjnet app.

Dr. Sayyed Farooq noted that 87% of Muslims consider religion very important in their lives, which reflects in their practices, affects their lives, and highlights the need to pay attention to the Islamic economy. Authors of a report published by Thomson Reuters on the State of the Global Islamic Finance Report 2014/2015 noted that the Islamic market value is over $2 trillion, i.e. 12% of the total global market in 2013, and it is expected to reach $3.735 trillion by 2019.

Dr. Farook listed the main elements of the global economy, noting that they affect many sectors such as halal food (17.7% of the total global market size), travel (11.6% of the total global market size), and media and entertainment (5.2%). He further stressed that Malaysia is still topping the list of the best countries for Islamic economy, followed by the United Arab Emirates, Bahrain, Oman, Saudi Arabia, Qatar, Kuwait, and Jordan. He added that Thomson Reuters introduced the Global Islamic Economy Indicator (GIEI), which represents the growth of the various sectors of the current Islamic economy in 70 countries.

Kharbash pointed to several opportunities to benefit from the Islamic economy, mentioning in particular the digital media content, the gaming sector, Western Islamic markets, compact technology, and social networks, as well as the development of global or regional halal media outlets.

However, until now, despite the encouraging figures about the Islamic economy, players are still rare. Chbib pointed out that it is hard to think of one global Islamic company, the name of one Arab entrepreneur in the field of Islamic economy, or, indeed of any investors focused on startups operating within the Islamic economy. "In the fashion industry or the sectors of digital content, travel, food and Islamic products, we cannot find one Islamic brand that is well-known globally," he added, emphasizing that entrepreneurs should focus on the following factors to take advantage of this opportunity: a business plan aimed at Muslim consumers that can impact their daily lives, and funding from individuals aware of the characteristics and capabilities of the Islamic economy. 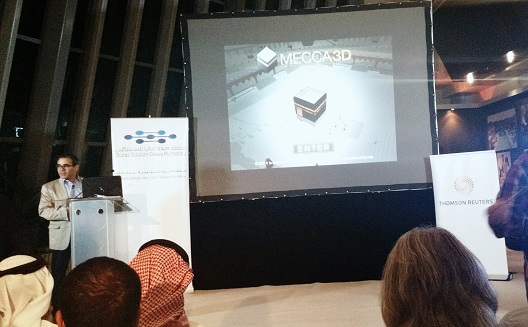 In an attempt to take advantage of the opportunities the Islamic economy offers, Kharbash pointed to the establishment of Dubai Islamic Economy Development Center in 2013 to promote Dubai: Capital Of Islamic Economy. The center’s mission is to implement a comprehensive strategy that includes implementation of practical programs, development of the legal environment, coordination among parties concerned, search for solutions, and setup of an interactive environment to attract the private and public sectors to establish Dubai’s status.

The center, he said, has launched several initiatives in support of its overall strategy, including, for example, the Global Islamic Economy Portal as a digital reference for the Islamic economy, the Dubai Technology Entrepreneurship Centre (DTEC), the Islamic Economy Award, and the Dubai Center for Islamic Banking and Finance.

The Islamic economy continues to be a fertile ground for entrepreneurs in the Arab region and we must work to understand its components and research in the opportunities it offers, in order to fill the gap of the markets and the Muslims’ need for Islamic products and services.

In the meantime, Tech Forum aimed at answering some questions, and chose two business models of successful entrepreneurs in this sector to be an example of the opportunities available: the Hajjnet app has succeeded for instance to be the loyal companion for every Muslim who performs Hajj and Umrah, and according to Dabaja, it has been downloaded 3,992 times a day. Chbib who is very interested in Islamic economy insisted on showing us the new Mecca 3D app which takes you on a 3D interactive tour to visit the pilgrimage site.