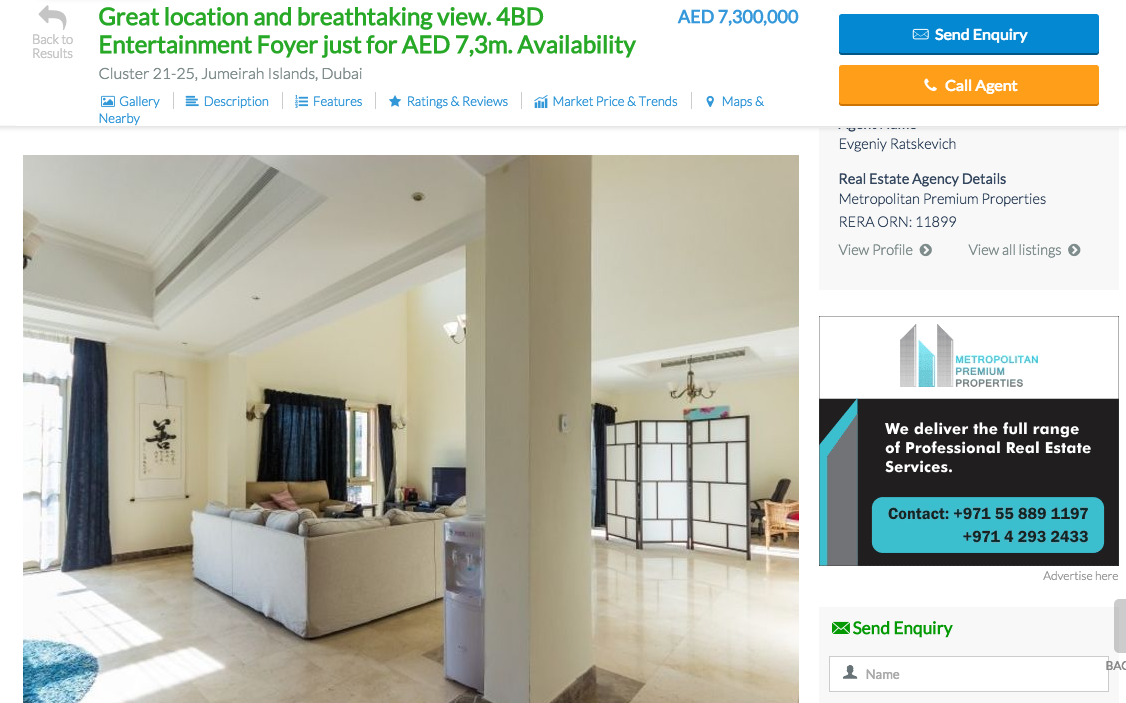 Apartment hunting online - a growing sector for the Middle East. (Image via JustProperty.com)

JRD Group, parent company to UAE-based sites JustRentals.com and JustProperty.com, has received a sizeable Series A investment from iMENA Group.

The amount, which is as yet undisclosed by either party, will allow the group to expand their operations not only in the region, but to Europe and North America.

According to a statement from JRD Group, they will maintain control of their sites and their cloud-based industry software PropSpace.

Alex Nicholas, cofounder, told Wamda that the investment was certainly enough to stand them in good stead for future growth. “There is no dominant player in the region, in my opinion,” he said.

Interest from outside of the region in their CRM (customer relationship management) software solution has been great but until now Nicholas says they didn’t have the ability to supply, as every real estate market has different requirements. Now with the investment from iMENA they will soon be rolling out their international version of PropSpace.

The interest in online classifieds is an area iMENA Group has focused on for some time. This investment will add JRD Group to an already expansive portfolio that includes OpenSouq, ReserveOut, SellAnyCar, Telr, Easy Taxi Middle East, iMENA Digital and iMENA Loyalty. 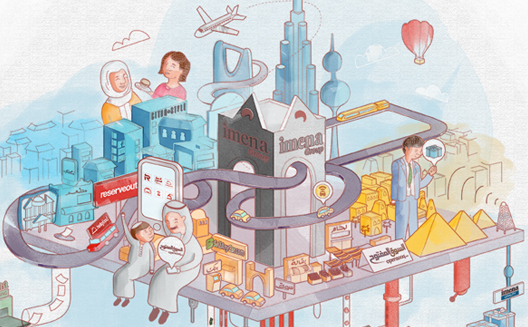 iMENA Group with a keen eye on online classifieds. (Image via iMENA Group)

With JRD Group now acting as their cornerstone in the online classifieds market, iMENA intend to invest $25 million in the sector over the next two years.

"We see online classifieds as one of the first online sectors to really mature in the MENA region,” Khaldoon Tabaza, founder and managing director of iMENA Group. “Classifieds have already moved almost fully online, and have a vast market potential in the MENA region.”

Earlier this year iMENA released a report outlining their belief that the online sector of MENA will receive an injection of $1 billion over the next three to five years.

This is the first investment JRD Group has received, and until now cofounders Nicholas and Siddharth Singh have bootstrapped.

Nicholas told Wamda that the bootstrapping has certainly enabled them to be very aware of how they spend their money, as well as allow them to know every aspect of their business intimately.

While a few offers from VCs, regional mostly, have been made in the past, it was only when meeting with iMENA that Nicholas says they felt the time was right to take investment. “They have so much expertize in the region, we just clicked,” Nicholas said.

Nicholas and Singh, both former Accenture executives from the UK, moved to Dubai in 2008 with the sole intention of launching online property portals.

Teaching themselves how to build a website and code, the pair entered a market where Dubizzle and PropertyFinder were already operating. With 59 employees the two UAE-based sites now get over a million visitors a month.

Two weeks ago JRD Group launched JustProperty.qa in Qatar and Nicholas says that shortly they will be launching in Saudi Arabia.

JRD Group told Wamda the opportunities the investment presented would also allow them to look at cross-partnership with others in iMENA Group’s expansive portfolio.