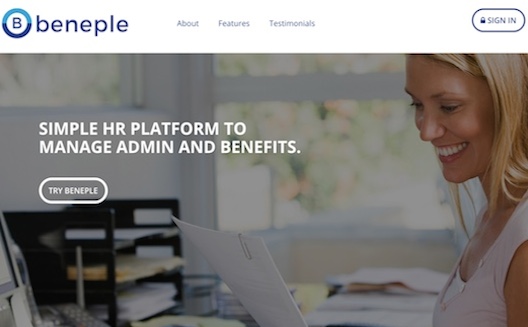 Putting the fun back into HR admin.

When HR management startup, Beneple announced this week that they were acquired by a regulated financial services group based in Dubai, they were joining a special group of startups.

Beneple, formerly known as Aythan, has been what is fondly termed acqui-hired.

Just one year after the cofounders sat down to discuss how much time they were wasting on HR admin for their own SMEs, they’ve been taken on by an as-yet unnamed corporation.

Cofounded by serial entrepreneurs Tarig El Sheikh and Sajjad Kamal, the Dubai-based pair wanted to provide SMEs in the region with free HR platforms that manage payroll, benefits, and compliance.

“HR is still suffering from an old-school approach,” explained El Sheikh. “Our workforce is changing, their demographics are changing, the way patients are being cared for is changing. But I don’t think we’ve seen a similar level of change within HR and employee benefits.”

Beneple, the amalgamation of ‘benefits’ and ‘people’, was the first startup to enter the AstroLabs Accelerator Program in Dubai.

After coming up with the idea in the summer of 2014, the pair joined AstroLabs in December. They then launched the beta version of their site in January of this year. Since then they say they have experienced a growth rate of 600 percent in their client user base.

They have since become responsible for 10,000 employees, or “lives” as El Sheikh says.

"We are very excited to have witnessed the team take the venture from idea to company and exit,” said Louis Lebbos, founder of Astrolabs. “The entrepreneurship ecosystem in the region is built around these successes and our goal at AstroLabs is to help more founders on this tough but rewarding journey."

Wanting to monetize their free product through the sale of health insurance, El Sheikh says that they sought the marriage with their unknown partner. “We needed access to a broker's license [...] and the synergies made sense,” said El Sheikh.

A term coined by legal teams, ‘acqui-hire’ describes a big company buying a smaller company in order to gain their employees.

Back in 2012 the Wall Street Journal said it was an increasing trend, after becoming popular in Silicon Valley in 2011.

In the Middle East past examples have been Egypt’s CloudPress being acqui-hired by News Corp in 2014, WhitePayments by Payfort earlier this year, and Run2Sports by Souq.com back in 2012.

Beneple have not disclosed the amount that is being invested in them, but have said the deal will allow the company to further accelerate its regional growth.

A human element for HR

“I measured how much time I was spending on HR tasks,” said El Sheikh, whose official title is Chief Humanist. “It came to between one and hour hours.”

Too much for the cofounder, he believes that SMEs around the world can spend up to about 40 percent of their time on these essential, but often fiddly, tasks.

Whether it was approving holiday leave, or generating end-of-month reports, he often found himself drowning in paperwork rather than focusing on generating new lines of revenue and growing the business.

The solution? To equip employers with the technology to accelerate employee operations, and improve performance. “By automating administrative tasks, we save our clients time, money and ensure compliance,” El Sheikh said. 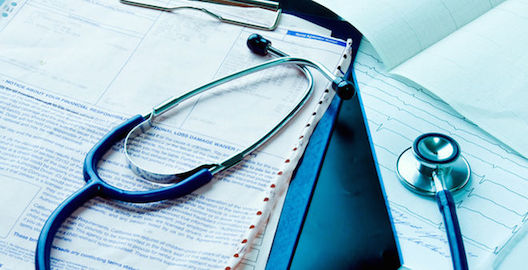 The access to and management of employee health insurance schemes via the Beneple software, is where the startup will make its money.

With average health insurance premiums in the UAE increasing by approximately 12 percent last year (and arguably the second largest cost after payroll), most employers in the UAE face skyrocketing health insurance costs that are soon to be mandatory for their workforce.

The current insurance premium market in the UAE is an estimated $2.7 billion, and with the Dubai Health Insurance Law currently being rolled out (as of July 2016 every employer will have to cover staff), the health insurance sector is expected to grow even further.

In turn, many SMEs are not fully prepared to implement new health insurance mandates.

Additionally, the data Beneple’s software will collect will prove useful for employers and medical insurers alike.

“Simply put, such evidence-based HR brings together data that can then be analyzed as a potential solution to business problems,” said El Sheikh.

Although there are many ways to manage these HR tasks, usually through applications like Microsoft Excel or other more expensive customized software programs, these methods typically do not accommodate the particular needs of many startups or SMEs.

Employee turnover is one of the KPIs that

“The real value in evidence-based  HR [such as data collected on employees] includes the trends and insights that can be extracted,” said El Sheikh. “The more you can compare data and generate insights, the greater the ability to tell a better story of what’s happening with your people and how that affects the performance of your total organization.”

“Our biggest competitor is a spreadsheet,” says El Sheik. “Sure Pepsi can afford an Oracle database, but we’re not for them, we’re after 95 percent of the employers out there in market.