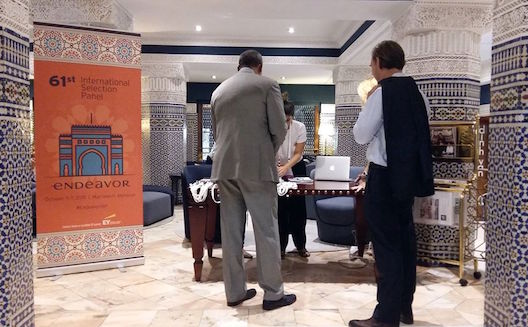 Two Moroccan and three Egyptian entrepreneurs have been selected to join the global Endeavor network.

Tarik Fadli founded Algo Consulting, a company whose mission is to change the relations between citizen and government. Thanks to its terminals available in townhalls as well as malls and universities, Algo wants to dematerialize signatures, simplify the voting process, and count votes immediately and transparently. The service is currently being tested in Morocco, other countries to follow.

Leila Laraqui created Linea Luxe, a luxury leather company that works with some of the most prestigious watch and jewelry brands. Her objective is to show the world Moroccan artisanal savoir-faire.

This caps a rigorous seven-step, 12-18 month selection process for these entrepreneurs, one that culminated in a three-day International Selection Panel (ISP) in a location that seemed unusual for some: Marrakech.

It takes an unusual goal to bring together Google VP and leader of the GoogleX Project Loon Mike Cassidy; Blackbox CEO Fadi Bishara; and the former president of Starbucks Coffee in Europe, Middle East and Africa, Julio Gutiérrez, to Marrakech. 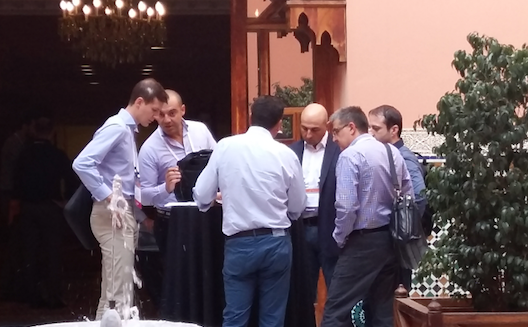 Endeavor’s ISP was one such event.

Endeavor is a global organization that aims to catalyze long-term economic growth by selecting, mentoring, and accelerating some of the best high-impact entrepreneurs around the world.

ISPs bring together Endeavor candidates from all over the world for three days of interviews, discussions and networking with global business leaders and fellow entrepreneurs.

“Meeting Moroccan and internationally successful people who are here to listen to you and criticize you, this is something invaluable,” says Tarik Fadli, one of the Moroccan selected entrepreneurs.“It helps us see our project from different perspectives and to improve it. It’s like a school.”

Endeavor’s entrepreneurs from the region include the founders of UTurn, a Saudi video studio; the founders of Jordanian studio Kharabeesh; Mohammed Al-Shaker of ArabiaWeather; and Nevzat Aydin of Turkey’s massively successful Yemeksepeti. 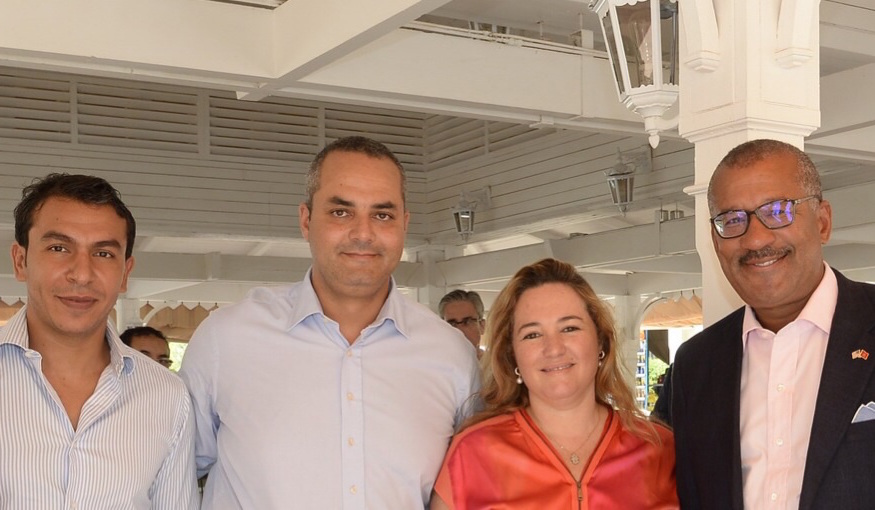 Selected entrepreneurs can to attend one of six ISPs around the world, usually in easily accessible hubs like New York or Dubai. Siting one of this year’s panels in Marrakech is unusual.

“We have to show people the potential of Morocco to the entrepreneurs and leaders of the 25 countries of Endeavor,” said Amine Hazzaz, founder and general director of Endeavor Morocco.

“This has been one of the biggest selections in Endeavor’s history. 41 entrepreneurs representing 30 companies chose this panel,” Hazzaz said. “They wanted to come to Morocco to meet Moroccan entrepreneurs, get introduced to the Morocco/Africa meshing. For Latin America, the Middle East and Asia, Morocco is the main door to Africa.”

For the selected entrepreneurs, those three days of panels, meetings and discussion were invaluable.

“The quality of the candidates and the projects is intimidating,” Fadli admitted. “That and the quality of the panelists, the organization - it’s all those things that made this event such an extraordinary experience.”

There was no need to convince the panelists either. Though Bishara, Cassidy and Gutiérrez are regulars, this was their first ISP in Africa.

“Those people are convinced of the value and impact of Endeavor,” Hazzaz said. “They’ve been positively surprised by the potential of the entrepreneurs of this part of the world.”

One ISP is scheduled for the Arab world in 2016. It will take place in Dubai in March.

You may also wish to read: