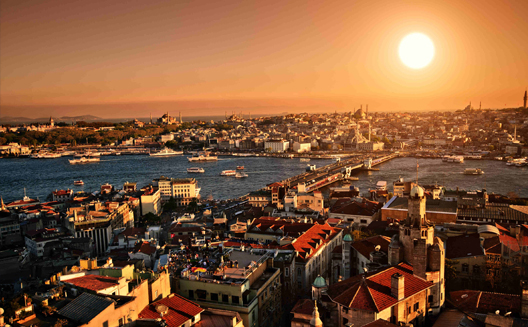 VC cash is shining on Istanbul's startups. (Image via Mybeautifuladventures.com)

500 Startups has launched a $15 million investment fund focused on Turkey.

The goal is to issue seed checks ranging from $50,000 to $100,000 to more than 30 startups a year, with 15 percent to 20 percent for follow-on capital, according to venture partner Erhan Erdogan.

“It is a game changer for the region,” Erdogan told Wamda via email.

Turkish founders have proven successful regionally and on a global level. In the biggest tech exit yet for the region, Turkey’s food delivery company, Yemeksepeti, was acquired earlier this year by Berlin-based Delivery Hero for $589 million.

500 Startups is looking for startups with a functional product, early traction and a clear growth strategy, Erdogan said.

“We mostly look for startups that get early traction, with happy customers,” he said. “Usage, revenue and positive unit economics are great for validation.”

Yemeksepeti’s and Udemy’s growth underscore Istanbul’s position as a regional hub of startup innovation, one that has been supported by government incentives and a combination of local and foreign capital.

The success of those startups, coupled with the progress of the Turkish market convinced 500 Startups to invest more aggressively in the country.

"Turkey is showing the signs of being a regional startup hub," Erdogan said. "[It has] great fintech and logistics infrastructure, most local implementations of globally proven businesses did amazing in Turkey, large exits are waiting to happen, large corporations became technology/service buyers and a huge influence in the region."

“We will cultivate the Turkish internet ecosystem which is under served by early stage investment companies,” Erdogan said.

The fund is 500 Startups’ latest move in Turkey, just a few weeks after it announced the formation of its Istanbul-based Turkey team in September.