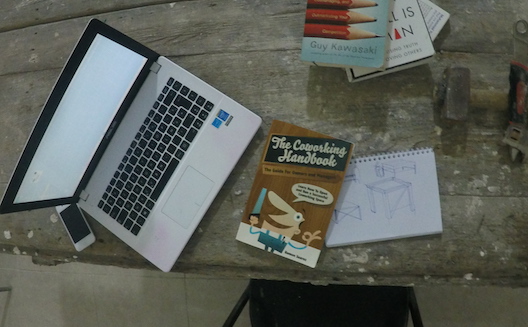 But, because there are no places to meet, no structured community, the scene hasn’t grown as much as it could.

“We don’t manage to attract new people,” said Abdellah Mallek, a Wamda contributor known in the digital scene for having launched a few companies and cofounding Startup Weekend Algiers and BeMyApp Algeria.

“There is no space where professionals [from the web industry or else] can meet in Algiers,” he continued. “And when you can’t meet, you can’t collaborate and build projects together.”

Mallek is opening Sylabs, Algeria’s first space for tech and web innovation in early December 2015 to give the community a place to network, organize events and attract new people to the scene.

Sylabs will be located two minutes from the majestic Grand Post Office in the heart of Algiers. The 300m2 space will be used to nurture startups, media and knowledge. In order to achieve this goal, the team will offer a coworking space and event organization services.

Many activities, one space

Coworking spaces - shared work areas that put sharing and collaboration front and center - have been popping up seemingly everywhere over the last 10 years.

With Sylabs, Algeria will finally get its own.

More than 40 professionals from all backgrounds will be able to work there – for a few hours or a few months – and encouraged to take advantage of amenities like its printer, coffee machine, as well as its 3D printers and other high-tech devices.

Although applications aren’t being accepted just yet, a number of players in Algeria’s digital scene have expressed interest in working there, Mallek told Wamda.

Prices haven’t been set yet, but they should be affordable if he wants value and creativity to flourish.

“I don’t want price to be an obstacle,” he said. 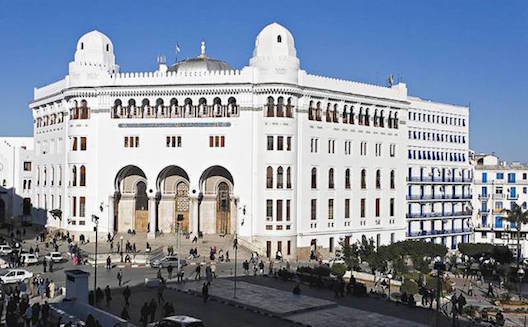 The Grand Post Office, symbol of communication from another era, is near Sylabs (Image via Algerian embassy)

Additional revenues will come from activities like event organization. Sylabs will organize its own events and will rent its space, which holds up to 100 people, to non-profits and for-profit enterprises alike.

More activities should be announced later.

Three years in the making

Mallek has been thinking about this project for the last 3 years.

“Algeria needs to go digital, it’s a necessity,” he said.

But until a few months ago, the conditions weren’t optimal, he continued. The need wasn’t as pronounced as it is now, and the project didn’t make financial sense.

Things began to change last spring, and the entrepreneur began to bring his idea to life.

“Now is the moment for Algeria to focus on digital,” he said. “Many understand that now, including the government.”

Mallek has the support of a board of advisors with a skillset he needs: some have startup knowledge, others have experience working with institutions. He is now looking for sponsors, and with a new hire joining, things should accelerate. 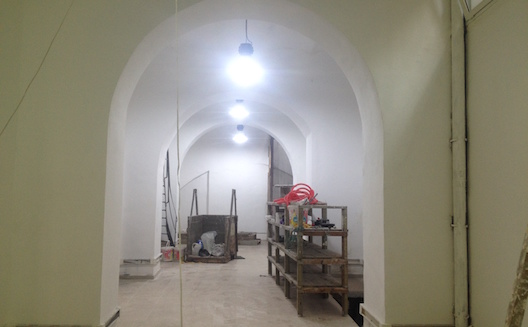 For the web entrepreneur - regardless how much experience he may have - opening a physicial space added a new layer of complexity.

“The whole funding part was way easier than the revonation part,” he said, laughing. “Talking with masons and plumbers - that’s a bit complicated.”

Still, the main challenge was finding the right space and negotiating the lease with people who didn’t even understand his project. In the end, he settled on a plant that has been closed for more than 30 years and whose state of disrepair must have discouraged more than one.

“We got lucky finding such a space,” he said. “We had to be patient and resilient. We didn’t have any other choice.”

An old plant, next to the Grand Post Office, a symbol of last century’s mode of communication - what could be more fitting for a space dedicated to digital transformation?