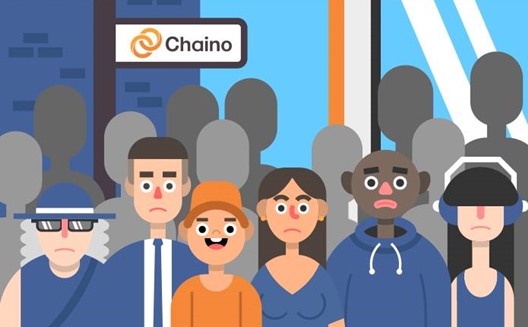 More social networks outside of Facebook? (Images via Begether)

According to the US-based tech news site The Information Facebook users are posting less about their personal life.

The report, which was seen by the news site, said that 60 percent of Facebook users are now sharing posts that are unrelated to their personal lives, while the remaining 40 percent share an average of five posts a week. They say that this reflects a fundamental change in the behaviour of the network’s users over the last 12 months.

Not surprising, some analysts believe that this might be because users feel a lack of privacy on the 1.5 billion user network. 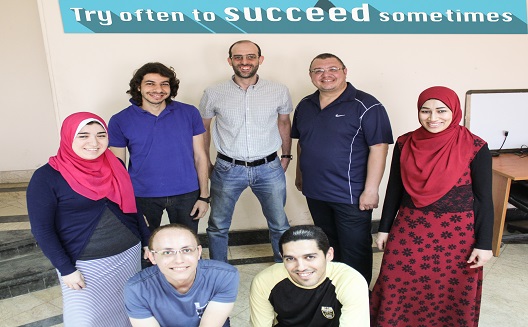 Operating under under the umbrella of Silicon Valley-based parent company Begether, the pair wanted to improve people’s social lives rather than making them more virtual. Privacy is so key that the site doesn’t even have a privacy settings page, “because that’s part of its structure”.

"When the user loses control of his data and the personal life he is used to sharing with his friends, he stops sharing personal things [on Facebook],” Zewail said.

Chaino basically wants to solve the problems users of social networks are having with privacy settings.

“People are sharing less on Facebook because they feel less safe, less in control,” Zewail told Wamda. “So we are trying to organize the ‘real’ social life of users.”

Users join Chaino by registering via Facebook or email, and can then proceed to control the algorithm of the app so that they only see what they want.

Much like the famous social network they can then invite friends to also join, sorting them into various lists like ‘friends’, ‘family’, or ‘work’. Similarly they can filter the feeds of their lists and not be overloaded.

It’s all sounding very familiar, (think Facebook or Google Plus). Posts are called ‘pulses’ but, Zewail told Wamda, the user has a few more options at their fingertips. “Users get to keep the content they share [pulses] with their friend circle private,” he said.

Overall, Chaino is an easy-to-use platform, not surprising given the experience of the founders - back in 2013 Zewail founded Jidari network, his previous alternative to Facebook. 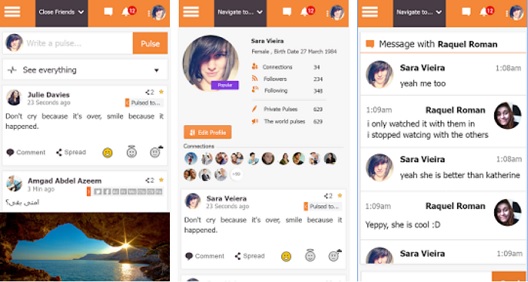 When using social media to market their products and provide content, most SMEs struggle to reach a wide segment of their target audience, and often end up paying thousands of dollars a month for Facebook ads.

Under their ‘entrepreneurs to entrepreneurs’ mandate, Chaino helps entrepreneurs reach 100 percent of their target communities. “An entrepreneur or community manager will not have to pay for his content to reach his audience,” Zewail told Wamda. “If he wants to reach an audience larger than his followers, then he will have to launch a paid campaign.”

When the number of page members surpasses 10,000 users, then community managers receive 20 percent of the income generated by their paid ads, as well as the ability to send a weekly message to all members for free to ensure interaction with them. 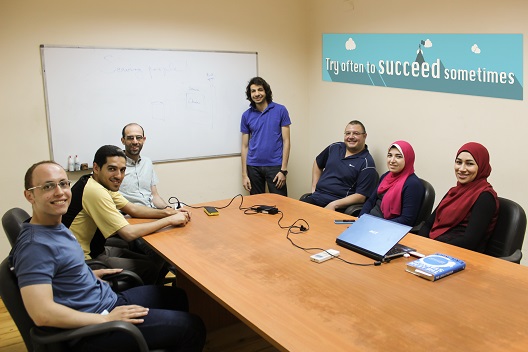 The Chaino team has had to work hard for success.

Chaino currently has 36,000 users and according to Zewail a 200 percent increase in the last six months, with no marketing budget. Rather they work with community influencers, typically those with large Facebook or Twitter followers, to help them gain users.

The founders see potential growth outside of Egypt also, specifically in Silicon Valley, and, given their backgrounds, they have decided that enrolling in incubators and accelerators might not be that useful for them, as these systems tend to work better for beginners in entrepreneurship.

In the meantime, Zewail and his cofounder are patiently awaiting their user numbers to reach one million so that they start attracting investment, whether this be by emailing venture capitalists in the US and Europe, or by attending international events in the hope of meeting investors.

Zewail and Nar’s dream of reaching international status isn’t far off though. In January the platform caught the eye of Microsoft CEO Satya Nadella, who talked about the features of the platform in the Microsoft Developers’ conference in Cairo in January.

In 2014 Chaino joined Microsoft’s Bizspark Plus for free cloud services, a service that was launched in 2008 to support SMEs in MENA.

The program was designed to support any programming company that was founded less than three years ago and whose total revenues were less than $1 million.

Now, as a result of this partnership, Microsoft has registered Chaino on its Azure cloud services as a way of helping them reach a million users. Not bad.