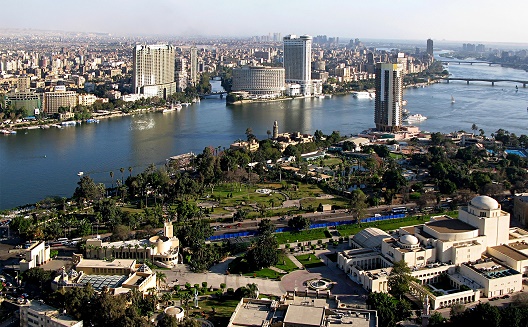 Cairo's startup ecosystem has been crying out for money for years. This year they've been inundated. (Image via Wikipedia)

So far $40 million has been raised, Mokhtar said during the Road to Global Entrepreneurship Summit (GES) on Wednesday.

The new fund is raised by Algebra Ventures, a new Egyptian VC firm founded in 2015 by KI Angels' Khaled Ismail, and Tarek Assaad and Ziad Mokhtar who are both principals at EFG Hermes VC fund Ideavelopers.

Mokhtar said the fund was talking with entrepreneurs and he expected the first deals to be closed by August at the latest.

Algebra will target Series A and B investments primarily in technology startups. Mokhtar however also said the fund wants its investment to be as broad as possible, describing Algebra as “opportunistic and generalist”.

He added that Series A and B investment funds were “crucial for Egypt not to lose momentum”, in reference to developing the startup ecosystem.

Half of the funds raised so far have come from the Egyptian-American Enterprise fund (EAEF) and the International Finance Corporation (IFC) which have committed $10 million each.

Chief of staff Amal Enan said the EAEF funded startups directly, with its portfolio including Fawry and a stake in Smart Care Medical Services, a deal that was also announced during the summit although without any details being given.

But Enan also said that the large fund found it sometimes challenging to work with small startups. Hence, it was seeking to divert some of its funding through startup investment funds such as Algebra, or as in November last year through consumer finance company Sarwa Capital in which it bought a stake for $20 million.

The EAEF was established by then-US secretary of state Hillary Clinton following the Arab Spring protests in 2011 with the aim of supporting development through the private sector.

Last year Egypt really began attracting foreign interest in Egyptian startups. These startups, however, wouldn’t have had the chance to grow and attract investment if it weren’t for the support from local investors willing to take risks and seed fund these ventures.

Just this year the Menagurus fund launched with capital of over $12 million in local currency. It was was formed by eight anonymous Egyptian investors who have personally exited startup investments to the tune of up to 3 million Egyptian pounds (US$383,000), group spokesman Hisham Abdel Ghaffar told Wamda earlier this year.

The new vehicle aims to invest in five early-stage startups by the end of the year and will look at companies from Egypt, Saudi Arabia and Lebanon.

On the past three years, several local investor groups have decided to take a risk and unite their capitals in the goal of investing in startups that are in line with their vision.

Several investors have been on the front of this trend, including KI Angels founder Khaled Ismail, Cairo Angels founder Hossam Allam and Kamelizer founder Hanan Abdulmajid.

Editor's note: This article has been updated to include information about the IFC.