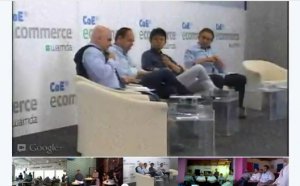 During day 2 of CoE E-commerce, Wamda leaped over geographical borders, carrying interested crowds from Beirut, Cairo and Dubai, who could not travel to Amman, to actively attend one of the sessions, through a Google+ Hangout.

The Livestream made the second panel entitled "Show Me The Money: Investing in E-Commerce" a two-way livestream between four Arab countries through Google+ Hangouts On Air, a new feature released less than a month ago by Google. It enables broadcasters to publicly go live, on air, in front of a global audience, from the G+ stream and Youtube. 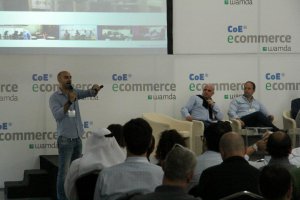 The Hangout sessions themselves- held at Make in Dubai, The District in Cairo, and Obros in Beirut, screened the event on large screens, while attendees in Amman saw live feed from each location in turn, as Wamda CEO Habib Haddad asked each of them a question regarding the entrepreneurial scene in their ecosystems. 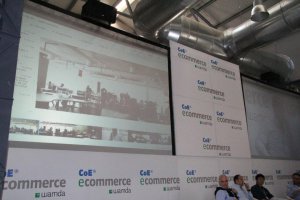 Omar Aysha from Cairo said things are not moving as fast as they should now, given the current political situation in Egypt, but he is sure they will pick up very quickly.

As the panel then kicked off, and moderator Chris Schroeder (the previous CEO of HealthCentral, now an angel investor) invited the panelists to share their experiences and knowledge, silence reigned at the Beirut location (were I was based) in a very surprising way as participants carefully listened to the panelists, took notes, and wrote questions. They took their chance to engage and interact with the speakers very seriously as the physical distance was rendered obsolete. 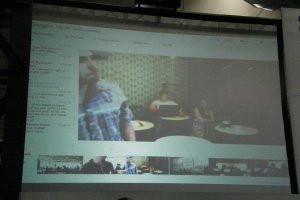 Harut, a participant from Beirut, raised an important issue about how relevant it is for offline vendors to go online nowadays, to which Schroeder replied, "go with whatever gets to the most people faster", implying that it also depends on the products sold and the best way to distribute.

Elie Habib (Country Manager at RED Lebanon) urged entrepreneurs to think big and talk big while approaching investors, even at an early stage of developing their ideas. In response to a question from Abdulrahman from Cairo on when and how should entrepreneurs come to investors, Pamir Gelenbe (Venture Partner at HummingBird) also highlighted that investors should feel comfortable with the entrepreneur, which makes building the relationship critical and valuable in many ways. Even if the investor doesn’t immediately invest, he can help with mentorship, contacts etc. 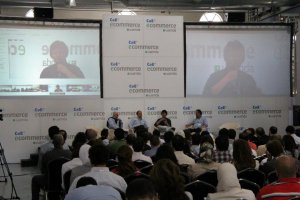 The last Google Hangout question on startup development, asked by David Haddad in Dubai, was answered by James Chan who emphasized that it is very important for entrepreneurs to test and measure properly instead of handwaving and saying “I can do it."

While the Google+ Hangout On Air was an experiment, the first global test of the platform, it turned out to be a successful element of CoE, proving that it's a great tool for information sharing. I'm sure it will be used in many ways globally, especially in the MENA region, for protest coverage, sharing educational classes and other social broadcasts focused on activism among other topics.

You can watch the whole livestream of the Google+ Hangout on Air session through the Wamda channel on Youtube here.