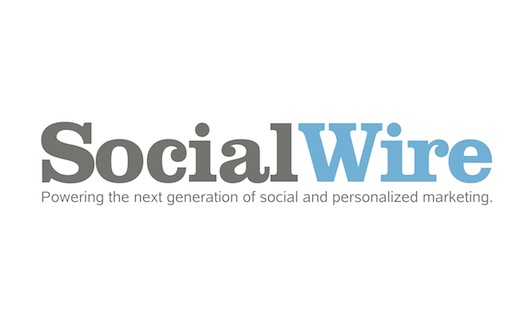 Online advertising has yet to be proven very effective. Yet SocialWire, a company started in Istanbul by a Turkish entrepreneur, is out to transform the way companies think about advertising globally.

“Online advertising today requires a lot of guesswork, testing and manual work. It's like the evolution of print media. When you look at authentic channels of discovery like recommendations, they don't rely on guesswork, they rely on data signals,” says Selcuk Atli, SocialWire’s Founder and CEO.

That’s where SocialWire comes in. (Disclosure: SocialWire is a Wamda portfolio company).

Online merchants today might not fully understand Facebook’s Open Graph, but SocialWire has made it simple to create and share extremely targeted ads that reflect actions consumers are already taking, much like a recommndations engine.

“There is so much more to Facebook marketing than building Fan pages and paying for likes,” says Atli.

The company allows merchants to leverage Facebook in two ways:

“When an action is shared on Facebook, typically less than 12% of a user’s friends see those actions,” says Atli. SocialWire ensures it doesn’t get lost in the shuffle, while allowing marketers to choose who to target, when, and on what device (web or mobile).

Competitor Nanigans also allows merchants to promote sponsored stories, but with its Connect platform, SocialWire uniquely offers the ability to monetize almost any action on the web, like reviewing a book on Jamalon or dress on MarkaVIP.

1)   It democratizes advertising by lowering the cost for small businesses. “SocialWire enables and empowers marketers of all sizes,” says Atli. While a small seller on Etsy won’t have the traffic to make banner ads effective, she could easily promote her whole catalogue on Facebook.

2)   It makes mobile advertising effective. By also targeting the 400 million users on Facebook mobile, SocialWire provides a simple way to generate effective mobile advertising in an era when up to 79% of users say they forget typical mobile ads. It can also help mobile startups drive app installs by sharing stories from their apps.

If you’re skeptical, go ahead and test it out on SocialWire’s demo page.

My biggest concerns when initially assessing SocialWire were: 1) But will I get spammed with actions taken by friends? And 2) how can SocialWire iterate to ensure that its platform helps merchants target the right users?

It turns out both issues have been taken into account: thanks to Facebook’s built-in controls, users can’t see over a certain number sponsored stories in a given time period. When it comes to audience targeting, SocialWire makes this very easy for its merchants, but the company is not an advertising firm itself; it’s up to merchants themselves to assess the data and define their ideal target audience.

To launch their product, the company has taken on $2 million in investment from First Round Capital, Wamda Capital, and several angel investors, including Dave McClure of 500 Startups, Wamda Chairman Fadi Ghandour, Wamda board member Joi Ito.

They’re already taking on customers as well, including apparel retailer Bonobos and Instacanvas, whose CEO says it saw click-through rates of 0.8%, over 10 times that of standard Facebook ads.

A platform like SocialWire is limited to a Facebook audience, but that’s an audience of now around