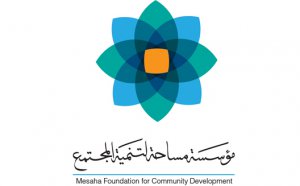 These days, Cairo’s coffee places are busy with groups of young men and women gathered around tables, not to eat nor to chatter for fun, but to work.

This has became a common setting over the last few years in Egypt- coffee shops have turned into a refuge for entrepreneurs, as well as anybody in the process of crafting a new startup, a small project or even a simple idea, due to a lack of proper workspaces. That’s where Mesaha comes in.

Mesaha Foundation for Community Development was established by a group of people focused on social and freelance work, in need of a place to develop their projects that might be better than a noisy costly coffeehouse before.

More than a Workspace 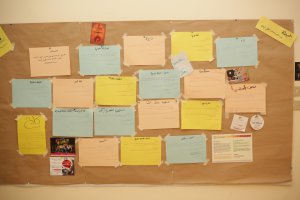 Mesaha is the ideal quiet space sought by young entrepreneurs to produce their projects, at no cost. It also adopts an inspiring approach by encouraging social work. A large board hangs at the space entrance, listing the names of Mesaha occupants and a brief overview of their projects: recycling projects, rural social development initiatives and programs for raising political awareness, education programs, multi-sector economic development plans, or other development-geared ideas.

“The idea behind Mesaha is to foster communication, networking and support. We based our concept on our own experiences. We spent 6 years engaging in university student activities or other types of activities and initiatives. The main problem, though, was finding a place to work”, explains founder Ahmad Yasseen. Yasseen explains that following the January 25 revolution, many were motivated to bring forth new ideas and initiatives. Creativity and innovation were at their highest, calling for support and for a “azwa” – an Egyptian term, in Yasseen’s own words, referring to aggregation and abundance. Founders thus identified the need for a space like Mesaha, allowing different projects and startups – often of the same interests – to gather and benefit from available resources, notable space. The space was launched in November 2011, although the opening was delayed for several months due to the prevailing situation in Egypt.

Mesaha includes three rooms equipped with the minimum resources for trainings, meetings, educational workshops and youth-focused workshops. A forth room is used as an exclusive workspace for professionals, researchers and freelancers, thus joining the fresh and the experienced hand in hand under one roof. Whatever space you use, you will be submerged in an atmosphere of creativity, motivation and communication.

One striking feature of Mesaha is the number of founders: 27 in total. These multiple founders have then relied on the idea of community collaboration and word-of-mouth marketing, in order to promote the idea among the youth.

Mesaha is a volunteer-based organization. The group decided to fully self-fund the project for the first year, during which the idea is presented to the public, and a viable donation policy is put in place. The policy would allow any interested party to support Mesaha and contribute to it, so that it carries on its activities as a non-profit enterprise. It targets three social categories: students, workers, institutions. Aside from direct funding, contributions are offered in various ways, such as workshops by volunteer trainers. Mesaha’s founders unanimously agree not to seek external funding. They believe that operating without any funding turns Mesaha into a more national, independent model that preserves the main idea behind it. 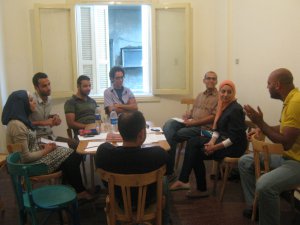 Despite the fact that Mesaha does not aim to bring forward new initiatives, it does, however, foster the development of existing initiatives and startup projects, through a healthy motivating environment, as well as assistance programs.

Sanad (Support) is one of several consultancy schemes for startups. Other future programs include setting a youth activism plan in Egypt, providing updates on the ecosystem in which the youth operate.  Also, Mesaha focuses its efforts on appealing cultural activities, drawing more and more potential members, thanks to movie nights, small forums, a book club, and writing marathons.

Now, the Mesaha founders hope to move into a wider space, transforming the space into a new model for social development, while spreading values that could inspire others to replicate the concept in their own way.

Projects like Mesaha have flourished recently. Some, like The District, adopt Mesaha’s same approach when it comes to startup support programs and the type of hosted projects. Yet unlike Mesaha, The District offers its services for a fee, however minimal. The Hub Cairo was ahead of everybody in 2007, launching the idea before innovation blossomed in Egypt, but this made it very hard for its founders.

Passion and partnership are the core values of Mesaha; values its founders intend to keep, in offering workspace, supporting the youth, creating a healthy learning environment, fostering communication, and mostly generating inspiration. That is what Mesaha is all about: an initiative that has identified a need in the Egyptian community, avoided repetition, and pioneered its own model.