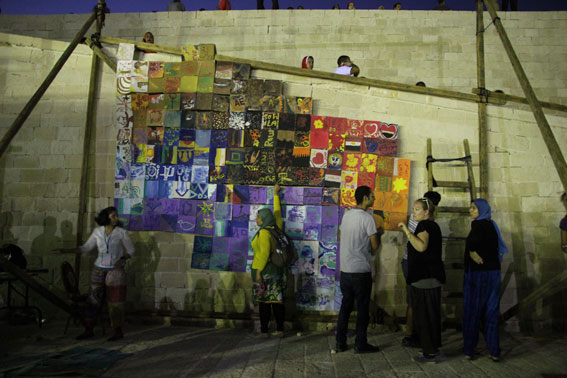 Since the 2011 revolution, Egyptian society has been transforming demographically, culturally, and politcally, inspiring several new initiatives that citizens might not have thought possible before.

Recently, we've been covering the rise of community initiatives that focus on building a better society, such as eco-friendly coworking space icecairo, local Abu Erdan, which helps farmers use technology to augment their practices, and Mante2ty, a collective that works to improve neighborhoods.

Another initiative, founded in 2011 and directly inspired by the Egyptian revolution, works to unite citizens from different backgrounds to make contemporary art an accessible and visible part of everyday life and public space.

These five art lovers and innovators focus the project on two major goals: 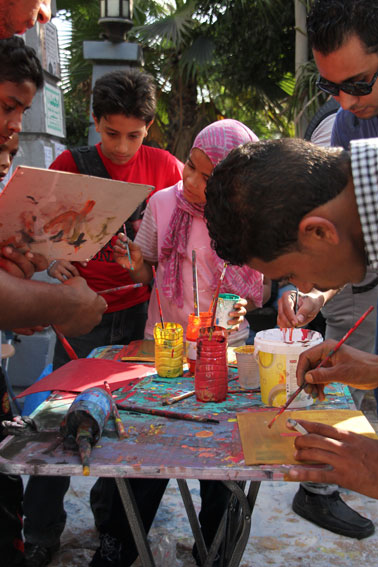 The project's scope doesn't end with art, however. More broadly, it hopes to support a new socio-political environment based on participation, freedom of speech, freedom of artistic expression and respect for among human rights, explains Thews.

The question remains whether the streets are ready for such an initiative, considering current leanings trend toward social conservatism. But Thews says communities are more than open to the idea. “With our public showcases, we've seen that the streets are actually longing for art of every kind, and are more receptive than we expected."

One recent show particularly moved crowds, says Thews. The packed performance showcased monologues about the women’s lives in Cairo, performed by two young women in the subway. The audience, which was able to participate and comment, had many strongly reactions, both positive and negative- some even cried, she says.

To make the project sustainable in the future, the Mahatat team might turn towards offering services in the cultural and developmental sectors, including community art appraisal, event organization, and curated showcases of Mahatat products and publications. 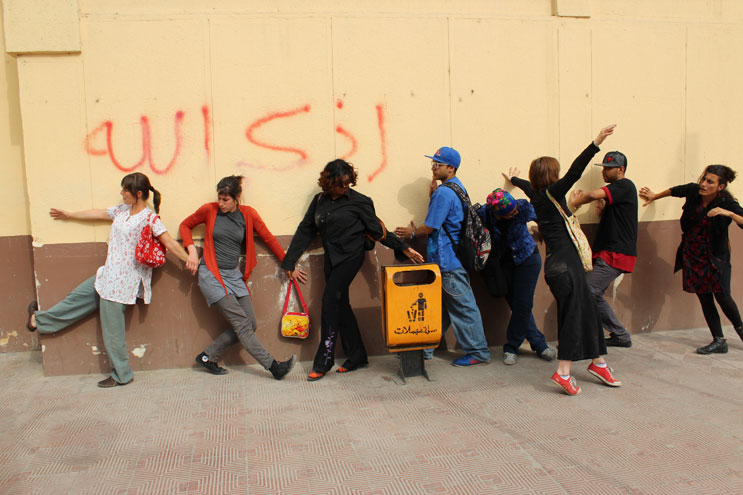 This next year, the project plans to take a new art project on tour through Domyat, Cairo, Giza, Alexandria and Port Said, while pushing for decentralization starting in early 2014.

Aside from political change, the Egyptian revolution has indeed shaped a new generation of community initiatives, especially around the art space. Thews explains the phenomenon as stemming from “people’s personal awareness of their role and ability as a citizen to impact Egypt’s evolution.”