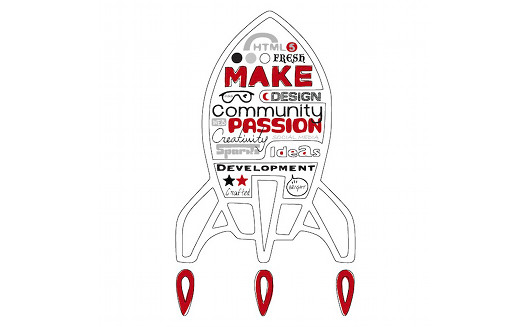 From its inception, MAKE Business Hub has been a co-working space built for startups. With artfully curved seating, electrical jacks next to every seat, a hip menu, and a series of books on technology, design, and startup philosophy lying around, the place caters to Dubai’s rising entrepreneurs- you’d be hard pressed to find one that hasn’t taken a meeting at MAKE.

“It's pretty much the University Cafe or Coopa Cafe of Dubai,” says David Haddad, founder of Press Pass, referring to two beloved investor and entrepreneur haunts in Palo Alto, California. At MAKE, people, well, make things, he says: “Startups are launched, collaborations are started, feedback is solicited, information is exchanged, news is discussed, and things are created.”

Yet in the past year, MAKE has become far more than a café where deals are made and broken; it’s also become an entrepreneurship education hub.

With its MAKE Ignition series, the co-working space put Dubai’s tech founders on display in pitch events, even bridging worlds by hosting Silicon Valley incubator 500Startups for an evening. And with its Founders Dinners and Startup Grind series, the space brought founders from Astrolabs, Duplays, and JadoPado out to share their advice with fellow entrepreneurs.

The space was led by Leith Matthews, an entrepreneur originally from Australia, who came to Dubai with a passion for food and beverage businesses. Only when he began brainstorming startup ideas in cafés did he realize that the coffeeshops themselves were sorely underserving entrepreneurs and creatives. In 2010, he decided to quit his job and launched MAKE in the Jumeirah Beach Residence area of Dubai the next year.

Now, two years after its launch, the company has reached a destination that most startup founders dream of: it’s been acquired. “CeeCee Holding has acquired my equity in the business, and I will be passing over management and leadership of the business to them in the coming weeks,” Matthews wrote in an official announcement.

Matthews has been elusive since the time of the announcement; we haven’t been able to get through to him for a comment. But we have assumed he’ll be continuing to run Restronaut, his new venture that unites foodies and founders to talk shop over cozy meals in Dubai.

On the whole, the Dubai entrepreneurs we spoke to said they would miss Matthews’s touch at MAKE, but that it was a positive moment for Dubai and spoke to his hard work.

“I think Leith's story is a testament to how a solid concept and top-notch execution make for a success story,” said Rabih Brair of tandem, an SME support consultancy based in Dubai. “Any transaction is good for the ecosystem, but this is perhaps even more relevant because it catered to the budding entrepreneurs of Dubai.”

“Leith will keep creating outstanding businesses; it’s clear that he is an ambitious and creative person,” said LouLou Khazen of Nabbesh, an online skills exchange community. “He already built MAKE on strong fundamentals of great service, hip ambiance, unique events and not to forget the great food! Now that he ‘made it happen,’ it's time for him to build something else in a true entrepreneurial spirit.”

Her colleague at Nabbesh, Alex Tohme, will miss the dose of warmth in a transient city. “Many people felt they had a personal connection with the venue because of Leith and his attention to the regulars, which is unique in a city like Dubai: in many places you feel like just another customer. He's an inspiration and will be missed.”

“In a very short time, Leith was able to create a brand that is pretty much unmatched in the UAE when it comes to entrepreneurship and creativity,” he said.

“A few years from now, if you were to look at some of the success stories and ask their founders were they were when they were starting you would hear many of them uttering a four letter word that starts with the letter M.”

When it comes to the acquisition, says Haddad, there’s an up and downside. “There's such a strong association between Leith and Make that everyone is uncertain what will happen with Leith out of the picture. However, on the upside, he did such a great job with branding and operating the business that with its current inertia the new owners would have to screw up in a major way to change the fate of the company.”

The current team clearly already has their nose to the grindstone handling the transition. “We are concentrating 100% on bringing the new management up to speed and possibly closing down for some refurbishments,” said Tai Sariban.

We know you all love MAKE, but if they’re going under construction, what's on your wish list?