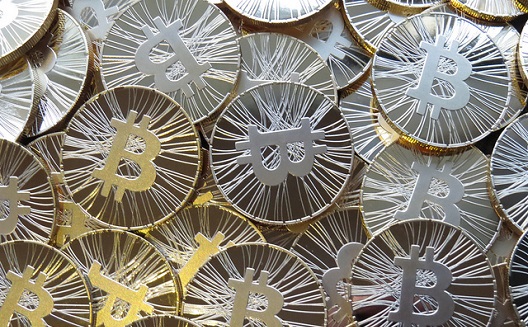 Bitcoin, the peer-to-peer decentralized cryptocurrency, has just broken the US $200 mark, as traded on Mt.Gox, one of the largest Bitcoin online trading platforms. This is the highest price the currency has reached in the past seven months, and the second time it has ever breached the $200 ceiling.

Previously Bitcoin was used as a form of payment on the underground 'black market' Silk Road, before the FBI’s recent closure of its operation, and the arrest of its founder Ross William Ulbricht. Initially, Bitcoin prices took a hit and dropped as low as $110, from around $140, quickly recovering to about $125 (as traded on Mt.Gox). While many skeptics have predicted this to be the beginning of the end of Bitcoin, the cryptocurrency’s price has now surged to above $200 (at the time of writing) reaching its highest point since April’s bubble.

This is surely great news for Bitcoin enthusiasts and investors. But with the recent events surrounding the use of the currency – what has caused the current increase? Perhaps Silk Road’s shutdown may have been positive for the digital currency after all.

While much of the Bitcoins’s early adoption came from Silk Road users, the Bitcoin economy has proved to be resilient with its price jump after the platform’s seizure, partly showing that Silk Road was not the only thing keeping it afloat. This may have given people more confidence in Bitcoin and attracted more adopters, entrepreneurs, and businesses to use it in lawful ways. For example, Chinese internet giant Baidu announced on October 14th that it will now accept Bitcoin as a payment method for Jaisule, its online security and firewall services arm. This has definitely given a boost for Bitcoin trading in China and has contributed to the recent price increase.

Interestingly, according to statistics shown on Bitcoinity, Bitcoin trading at BTC China, the country’s largest Bitcoin exchange, more than doubled a few days after Baidu’s announcement. With a current market cap of $1.9 billion, BTC China’s Bitcoin trading market share had grown from 11% to 22% on October 16th and is now at 30% - higher than that of Mt.Gox and Bitstamp, the two largest Bitcoin exchange platforms to date.

While many small shops, bars and online platforms around the world are starting to accept Bitcoin (Wordpress accepts Bitcoins too) as a payment method, the cryptocurrency’s volatility, market immaturity and inconvenience to purchase are still some of the few challenges for scaling its use – although there are more trading platforms being launched every day to make the process easier. With more Baidu-like businesses possibly getting involved in the future as well, Bitcoin’s price and market adoption could keep going strong.

These recent developments show that Bitcoin continues to build momentum in important developed and emerging markets like China and is maturing by having a growing base of individual and corporate supporters and adopters. But despite the fact that Bitcoin has grown from an unproven concept in 2009 to a $1.9 billion market cap in less than 5 years, the future still holds plenty of uncertainty for the cryptocurrency in the face of potential future market regulations or the indirect effect of unpredictable macroeconomic conditions.