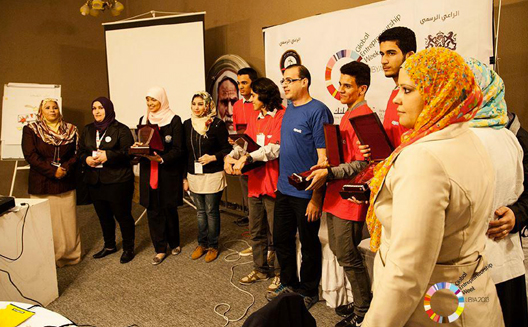 For the first time, the Libyan city of Benghazi participated in the Global Entrepreneurship Week between November 18th and 24th, despite last-minute concerns regarding the country’s political stability. The GEW was held simultaneously in more than 100 countries.

Benghazi was chosen as the venue for the event at the last minute, instead of Tripoli and the southern city of Sebha, due to the unstable political situation. One event organizer, Ahmed Amr, told Wamda that “when the security situation deteriorated in Tripoli, we were about to stop the whole event. But, at the last minute, we decided to hold it in Benghazi. We wanted to send a message that the security situation won’t stop us from implementing the program as planned. We wanted also to take into consideration the wishes of the participants who wanted to prove that the Libyan people defy the circumstances and have a great desire for change.”

Amr added that choosing the Almanar castle as a venue for the GEW was due to many considerations including the castle’s historical value and its central location (where security forces are always present). But the castle wasn’t a hit with everyone: Amr said “despite all our efforts, many were upset by our choice of location as it wasn’t very well equipped to hold such events at the last minute.”

The GEW began with a panel on the future of entrepreneurship in Libya, and a presentation of the success stories of several Benghazi entrepreneurs including Ghaleb Alfitouri, the Executive Director of Clever Designs Center, and Adel Alchibany, the founder of Animation Vision Company. They discussed how an increased awareness of entrepreneurship in Libya might inspire the new generation of Libyans to establish and lead their own companies. The participants also addressed how to facilitate the funding process for any startup project as well as to have the perseverance, determination, will, and a clear business plan.

The third day, organized by the Dutch company Spark, was dedicated to small entrepreneurs. Spark brought along its team of Libyan trainers internationally accredited by its entrepreneurship program to hold a workshop on entrepreneurships basics for high school students, launching a competition to establish mock projects, and business and marketing plans.

Most of the students’ proposed plans had nothing to do with technology or digital. The first team presented a project for a cinema theatre, the second team a furniture moving company, and the third a glass-recycling factory.

GEW Benghazi moved to issues pertaining to technology, digital, and social entrepreneurship on the fifth and sixth days.

Regarding the impact of such an event on the Libyan entrepreneurship environment, one of the organizers said “the main objective for the GEW in Libya was to help people get to know the concept and culture of entrepreneurship. We discovered thanks to reactions, participation, and interactions during the workshops that many entrepreneurs lack strategies and understanding of the tools, which can help them achieve their goals. Many of the entrepreneurs had high level of skills, management, and knowledge. Lots of them stated that the workshops, lectures, and success stories were a big motivation to them to continue working diligently with the new tools they had begun using at the event.”