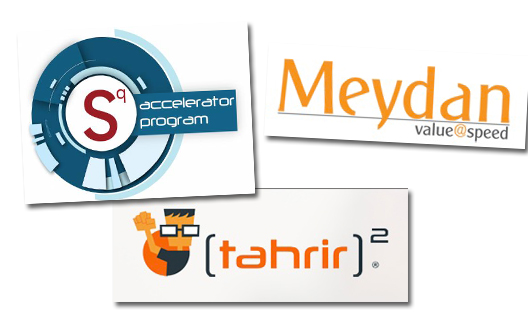 It’s been four years since the first accelerator was launched in the Arab world. Now, almost every country in the MENA region has one, and some have earned international credibility (see our list). As in any startup ecosystem, over these four years some of the pioneers have inevitably disappeared.

An accelerator is like any startup; it requires the right timing, team management, funding, cashflow, and an understanding of the competition. But sometimes, even though they offer a great service, things just don’t align. This was the case with accelerators Seeqnce Accelerator Program 2012, Meydan, and Tahrir2.

We sat down with some their founders and cofounders to understand what happened, and how their experiences can help build better acceleration programs in the region.

"Seeqnce Accelerator Program 2012, one of many projects that Seeqnce® was unique in that it was co-founded, funded, and managed full-time by five friends. It’s a huge team, but, as co-founder Fadi Bizri acknowledges, “we couldn’t have done it had we been fewer.”

The team had an intense (and very long) three-month outreach campaign to scout idea-stage entrepreneurs, and an equally long selection process. “We had no choice, and [for] the second round, we would have shortened it,” says Bizri. They also spent considerable time opening, and setting up a well-designed space in the burgeoning Hamra neighborhood.

Once launched, the accelerator quickly made a reputation for being intense, even by typical accelerator standards, with entrepreneurs staying in the office late at night, and the organization team being really engaged. “We had to succeed,” says Bizri, “because it was a first time, and we [the accelerator and the startups] had to raise money.” Seeqnce Accelerator Program 2012 invested $76,000 USD (half in cash, half in services) in each startup.

Even though the team was happy with the results of the first and only session – three startups out of eight made it through (Et3arraf, Presella, Etobb) – they decided to stop the program. “There were some differences among the management which led to us going our separate ways,” says Bizri. But both co-founders we interviewed, Bizri and Michel El Meouchi, are clear on one thing: had the team continued, they would have been able to raise money without a problem, and to attract more talent. 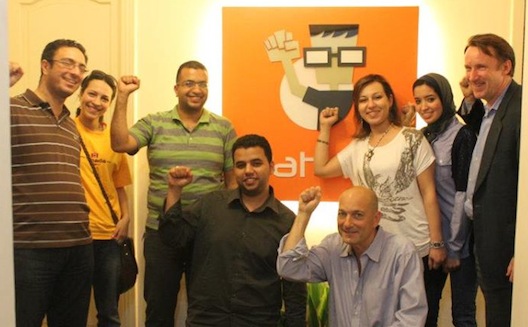 Driven by a strong belief that the economy has to be decentralized, and that entrepreneurs have a crucial role in building the economy in the post-revolution Egypt, Samer El Sahn, the former CEO of eSpace, and Mohamad Gawadat, then Google’s Vice President for Central & Eastern Europe, Middle East & North Africa, founded and funded Tahrir2 in Alexandria in April 2011.

The accelerator was open to idea-stage entrepreneurs “with challenges,” meaning young graduates and women, says El Sahn. The acceleration period was initially meant to be six months, but turned into a one-year session as startups needed more time to build their companies. The program invested a total of around $90,000-140,000 USD; funding was doled out in four stages (read how in our profile here).

Of the seven startups they invested in, four are still operating today. But this success wasn’t enough to keep the accelerator alive. In 2013, says El Sahn, Egypt was crippled with economic and social issues, and business angels remained skeptical of tech industry projects due to their novelty; angels wanted to see return on investment, which the accelerator couldn’t yet demonstrate. So, they put the program on hold, while continuing to manage their portfolio. But El Sahn is confident that they could reopen the program once the environment is more favorable.

Meydan, a pioneer in Jordan

Launched in May 2010 by seasoned entrepreneur Maher Kaddoura, this accelerator offered a 100-day acceleration program, and 10,000 JD to bring startups from the idea stage to Minimum Viable Product (MVP).

But after 18 months, the applicant pool dried up, so they had to shut down the program. This scarcity has several explanations, the most important of which is that the market wasn’t mature enough and “Oasis 500 came up, and sucked up all the remaining candidates,” explains Kaddoura with no bitter feeling. A good outreach campaign could have helped, but the accelerator didn’t have the funds or staff to promote the program.

The accelerator also had a hard time proving its concept and getting a good track record due to a lack of motivation on the part of entrepreneurs, as well as a lack of communication with investors. This made it harder to get follow-on investments for the accelerated startups, leading them to eventually shut down.

Despite everything, the founders of these programs have drawn some lessons from their experiences. Here are a few tips they have for other acceleration programs.

1) Find the right balance between  startups and propping them up

At the beginning, Seeqnce Accelerator Program 2012's startups were spending two hours a week with each of their two mentors, but soon, the founders ended up spending all of their time helping the startups. “This was beneficial,” says Bizri, “but then we noticed we were spending most of our time with the startups that were progressing the least. If this startup is underperforming, you realize you shouldn’t be putting more time into it.”

“You have to find that right balance,” says Bizri. “Spend time but don’t hold their hands.”

Tahrir2’s El Sahn faced a similar issue. “We found ourselves unconsciously helping startups we’ve invested in. You have to make sure they can grow by themselves, see if you should put more money and more time, or pull the plug.” 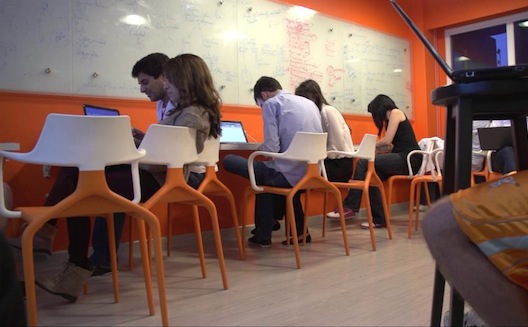 Seeqnce Accelerator Program 2012 might have spent a lot of time doing outreach, but this brought them strong candidates who developed several great projects.

Conversely, Meydan’s demise was mostly due to a lack of outreach and communication, believes Kaddoura. “You won’t have enough deal flows if you don’t promote your program,” he argues. His tip: build partner relationships from day one.

El Sahn believes the only way to get great candidate is by being part of the community. Before investing, build your community, give TED talks, and go to events, he recommends.

All four entrepreneurs agree that you have to pay attention to the teams first.

Back in 2011, in Lebanon, building a team was a huge challenge. So Seeqnce Accelerator Program 2012 decided to integrate team building in their process in order to get teams that would work well together and have all of the necessary skills (development, design, and business development). They gathered the candidates a few times to do mini-hackathons, giving different groups three hours to work on project. This way, candidates had the chance to size each other up and choose with whom they would work best. “Back then, I don’t think there was any other way,” says the entrepreneur.

Meydan didn’t have a selection process like this, but Kaddoura strongly believes it’s crucial to go through a phase to prove that candidates have potential.

For El Sahn, selecting a team at the idea stage is first and foremost an intuition thing. “Don’t try to put reason in because it’s too early,” he says. “If you like the entrepreneur, invest.” 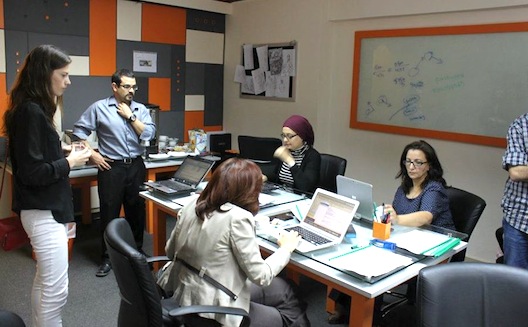 4) Pay attention to the teams

“After two months in a high intensity environment, people fight, that’s normal,” says Bizri. “But there is a good type [of fights], one caused when all the team members want to do well, and another, bad type, comes when some are doing more than others.”

Four months in an accelerator is a good test for teams, because they go through a lot, and can spot problems that might explode later. “Teams need to define the relationship: are you in it for the long-run, is it a side project, what do you expect from it? It’s ok if someone leaves,” Bizri says. He believes that the accelerator team has the important role of mediator in these situations.

The four managers agree: it is difficult for startups to raise money, so accelerators need to engage investors from day one. Kaddoura explains that you need to arrange funding deals with partners from the beginning. And Seeqnce Accelerator Program 2012's El Meouchi adds that you need to let the investors know how the startups are doing so that when the startups are looking for money, investors already know and trust them. The challenge, he says, is that you don’t want to saturate investors or bore them with updates.

Another challenge, Bizri believes, is that angel investors aren’t well educated about startups and how they scale: “There is work to be done on the investment side to make their approach a bit more sophisticated. It’s a work in progress.”

“You need to practice what you preach,” says El Sahn. He acknowledges that he encouraged startups to be careful of burning through their cash, but Tahrir2 made that very mistake, spending a lot of money on a great office, and amenities.

Now he believes he should have saved this money, and spent it on follow-up investment or on investing in additional startups, which could have led to return on investment and attracted more investors. He believes startups should pay for rent and overhead themselves to create a sustainable model and save money.

His tips to startups: make sure you have enough money to last five years.

An accelerator is like any startup: it’s constantly evolving, and has to learn from its experiences. When looking to join an accelerator yourself, be sure to keep some of these tips in mind and learn from others who have come before.