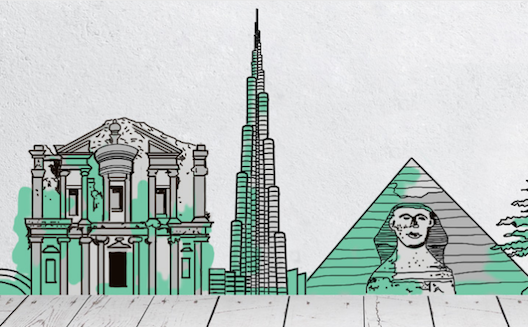 The merger seems to fall in line with Telr’s mission, as Ghanem relayed it to Wamda at the company’s launch in March, to deploy aggregated payment services in local currencies across the Middle East, Africa, and Southeast Asia, while offering logistics solutions, as well as loans – or “working capital financing,” as the team insists – to merchants based on three to six-month evaluations. The ultimate goal of all this is to provide tools to improve the region’s troubled e-commerce industry, and the startups that rely on it.

“We realized there was an opportunity to launch [in the Middle East] because there was a gap in the market,” O’Sullivan says, referring to the region’s continued heavy reliance on cash on delivery (80% of purchases according to 2013’s PayPal Insights MENA e-commerce report).

Innovate Payments’ platform, described in a press release as “advanced,” has been processing online transaction for UAE merchants since 2012 and has “witnessed robust growth in the number of merchants and volume of transactions” over the past year. Further, Innovate Payments is the first Payment Card Industry Data Security Standard (PCI DSS) Level 1 Certified gateway in the region, a designation which might soothe the nerves of jittery potential e-commerce customers in the region.

In return for access to the growing UAE and regional markets, Telr will offer Innovate Payments “the ability to scale up our operations, accelerating our expansion into new markets and expanding our existing product-sets,” says O’Sullivan.

In May, Telr announced a partnership with regional logistics giant Aramex in an effort to find solutions to the region's dependence on COD.

First on the joint Telr/Innovate Payments agenda are “aggressive expansion plans” across the MENA from its Dubai hub, and across Southeast Asia, from its headquarters in Singapore.

Check back in the next few weeks for an overview on payment gateways in the region.