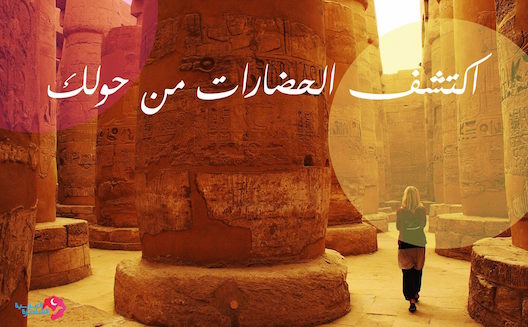 So many places to visit, so much to see. (Image via Batuta)

Batuta, a Ramallah-based Arabic travel research website has secured a $2.5 million Series A investment led by Siraj Palestine Fund I. Batuta plans to use the cash to develop its new booking platform.

Batuta was founded in December 2012 by Amir Ounallah and Kamil Silbaq as an online travel guide for Arab travelers. The company is named in honor of Ibn Battuta, the great 14th century Moroccan explorer whose accounts were published in his epic travelogue the Rihla.

“We want to provide Arab travelers all the information they need,” Ounallah said. “We have a lot of information about destinations, all the attractions, what to eat. We have a special focus on restaurants suitable for Arab travelers.”

Content is produced by a team of in-house writers and photographers. The company also aggregates content from Arab travelers.

“Our in-house team double-checks everything and tries to make sure 100 percent of the information is accurate,” Ounallah said.

“We want to encourage travel,” he continued. “We have so many beautiful spots in the Arab world that are worth traveling to.”

Batuta’s concept has proven so successful that the company now has 2.5 million followers across its social networks, Ounallah said. But while Batuta began as a media company, it is in the process of pivoting into a service provider.

The company is developing a booking platform for low-cost flights and hotels that it plans to launch by the end of this year.

While Siraj’s $2.5 million investment is a huge boost of confidence for Ounallah and his team, he is aware that they are expanding into a potentially lucrative market that has proven stubbornly difficult for MENA startups to crack. While some local companies are doing well - Ramallah’s Yamsafer recently closed a $3.5 million series B round - a number of MENA travel startups, such as TravellerVIP, have folded over the last few years.

Still, Ounallah is optimistic. His team will use the cash to produce more and better content, cover more destinations and to further the development of their booking service.

Their hotel supply already consists of 100,000 locations that travelers will eventually be able to book through Batuta’s website.

“You have to adapt (your) product to the segment you’re targeting,” he said. “Low-cost airlines are something that answers to all four segments.”