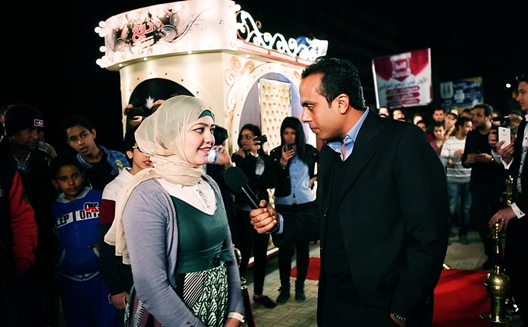 During the recording one of the first episodes of Zee3 Mawhbtak

An Egyptian online talent show is plucking undiscovered entertainers from obscurity and turning them into local stars, taking the country’s regional dominance of the small screen to the web.

The original Zee3 Enta (Broadcast You) concept is a mobile recording booth which tours provinces to provide an opportunity to be discovered outside the glitz and noise of celebrity entertainment culture, connecting talent scouts with talent. The show connects entertainers directly with their audience.

“Zee3 Enta aims to give citizens the chance to express their dreams and ambitions, we must not ignore their talents, which need to see the light," he told Wamda.

"It was necessary to find a new model for the project to fill that void... (the television show) Zee3 Mawhbtak is based on making the public the only jury and the talent the only star.”

The project founders plan to expand the talent spectrum after the end of the first season, which is scheduled to end before Ramadan this year.

The feature that differentiates Zee3 Enta and Zee3 Mawhbtak is the latter’s entertainment character. It provides talented people with the opportunity to make their first recording so they have something to offer to producers.

"Companies sponsoring musical talents spend millions of dollars annually on star scouting programs that have dramatically spread on Arab satellite channels, so we decided to visit (the) talent ourselves wherever they are and shed light on them."

Hosni believes that "it is not fair to rely on imported Western ideas like X-Factor and Arab Idol to discover Egyptian talents, while we can develop our own ideas and apply them in the whole world."

The first episode of the program attracted more than 39,000 views in five days, reflecting a common interest among social media users.

The show has attracted a partnership with Tube Star Network, a multi-channel online network that aims to discover talented entertainers and support them to develop new online stars.

Tube Star Network provides their proteges with development and production training. It has already supported the Zee3 Mawhbtak project with local funding and plans to expand it regionally, Hosni says.

The show is beginning to gain some traction, with television channels picking up episodes.

Private channels in Chicago, at the end of 2013, and CBC during Ramadan in 2014 broadcast some of Zee3 Enta’s clips. Then three months ago Egyptian channels Nile Life and Nile Comedy began airing Zee3 Enta episodes in the form of breaks. 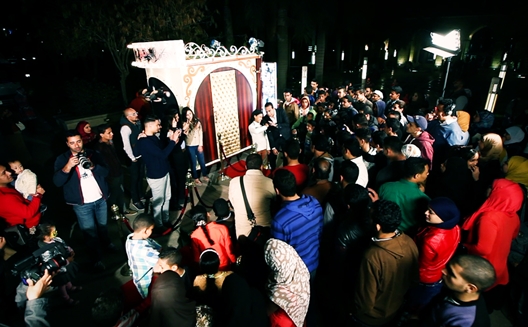 Many have talents but chances are few. But maybe not anymore!

Hosni worked on networks and information systems for many years before founding PMC, a company for community awareness ads that broadcasts on YouTube and is the parent company of Zee3 Enta.

"I must admit that changing course, especially at an advanced age, is a risk. Therefore, I would advise young people to embark on their adventure early on; they will face obstacles, but the losses will be smaller."