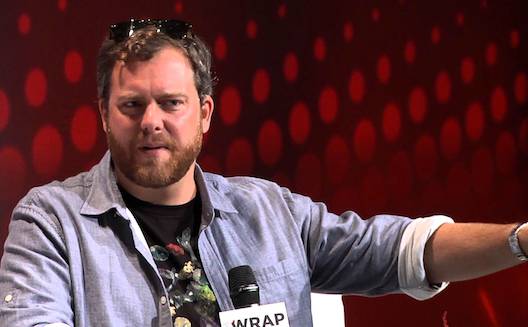 Oliver Luckett during an interview with TheWrap

The deal is an unusual one in that it is not often that corporates from the Arab region acquire startups from the US or Europe - usually it’s the other way around.

theAudience was founded by Oliver Luckett back in 2011, along with founding Facebook president Sean Parker and Ari Emanuel, co-CEO of William Morris Endeavor.

Al Ahli is not disclosing terms of the sale but said in a statement that theAudience will help it create new direct-to-consumer media services across its holding companies.

It plans to use theAudience as “a connective tissue” across the 30 companies in its portfolio, which span live events, media production, sports and fitness, lifestyle and consumer products, as well as other sectors including real estate, construction, and trading, technology and logistics.

"Acquiring theAudience is in line with our long-term global diversification plan and will be key to the international expansion of our rapidly growing lifestyle, entertainment and digital-media portfolio," said Al Ahli CEO Mohammed Khammas said in a statement.

Luckett, who signed a five year deal to remain CEO, said theAudience would act as a franchise manager for various Al Ahli businesses in the social media realm. He added that theAudience would have “substantial” financing from Al Ahli to build the careers of digital artists and underground music stars.

“We don’t want to be managers per se, but we want to fund artists and back them like a studio would,” Luckett said, as reported by the New York Times.

theAudience, now with 75 employees, has grown to syndicate more than 5,000 pieces of branded content each month to more than one billion consumers, through its network of more than 6,000 celebrities and influencers.

For each client, theAudience works to build a network of fans across Facebook, Twitter, YouTube and Google Plus and keep them engaged by posting a steady stream of catchy pictures, comments and videos.

Luckett’s previous ventures included DigiSynd, a digital marketing and syndication startup, which was acquired by Walt Disney Co. in 2008.