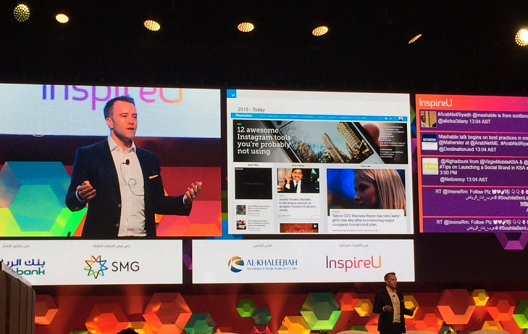 Saudi Arabia’s young people are behind the beginnings of a shift from oil to knowledge economy, indications of which were clear at ArabNet Riyadh.

ArabNet Riyadh was held over December 14-16 and attracted over 1000 people, 40 companies to the exhibition, 80 speakers, and ‘lightning talks - fast-paced five minute talks from developers.

BECO Capital cofounder Amir Farha was in Riyadh for the event and said young Saudis were “heavily engaged, tech savvy and determined to solve local problems”. He expected this would result in a startup boom in the next ten years in the country.

“Saudi Arabia is an economy that relies 90 percent on oil production, coupled with its 30 percent intra-kingdom consumption of production,” Farha said. “We have already seen some great deal flow and success stories with RemalIT (Kammelna), Harraj, UTurn and Unifonic (previously OTS) and this is just the start. It’s the local Saudi who’s building the exciting startups and solving local problems.”

The event’s overarching theme was clear from the very beginning with the first session with a panel on how to move Saudi towards a knowledge economy, attended by high-ranking politicians and businessmen including Minister of Communication and IT Mufrej bin Saad Al-Haqbani and STC CEO Khaled Biyari. 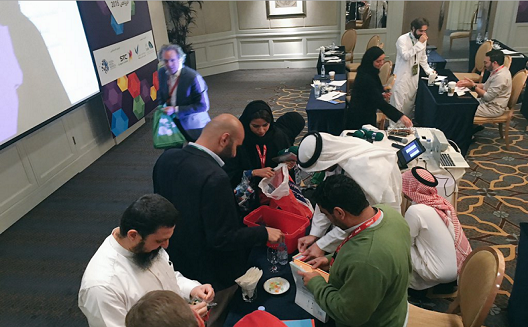 Workshops revolved around programming and entrepreneurship. Find it! focused on the Internet of Things (IoT) where participants had to use an Arduino board, an open-source electronic prototyping platform through which users can create interactive electronic objects.

Electroaim CEO Khaled Sulami gave a talk about the most commonly used tools in design and prototyping, saying they could be used by people who aren’t experts in this fields.

Non is not new to ArabNet; the educational startup had won the Ideathon competition in 2013. Its main aim is to make education a fun experience.

“ArabNet was not just a networking platform for us,” Al Said said. “We found many investors and arranged meetings with them.”

BECO Capital is expecting economic growth to come from entrepreneurs such as Al Said, and as such create a virtuous cycle of investment opportunities, bringing in new investors, and therefore allowing new startups to grow.

In recent years, recommendations for the Saudi government have emphasized the need to diversify economic resources instead of relying on its oil riches, but so far these have remained little more than ink on paper.

The new generation of Saudi youth, on the other hand, has started taking tangible steps towards achieving the transition.

In almost three years Saudi has attracted $93 million of startup investment, according to ArabNet, and entrepreneurship has become a government priority as SMEs make up 20 percent of GDP.